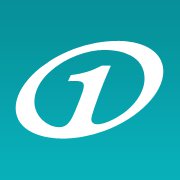 German budget hotel group Motel One has just released its 2014 half year performance results. The hotel group, which has grown to offer more than 50 hotels in 4 countries, also reached €114 million euro in sales versus €95 million in the previous year.

The group also reported on four new hotels and occupancy rates in excess of 72% across their properties. Motel One sales are up 20% over last year, and the hotel group also has 2 new Swiss locations confirmed for Zurich and Basel. Also in their news, new hotels under development is currently 23, offering an additonal 6,862 rooms. Dieter Müller, CEO and founder of the German hotel chain offered this in addition:

“The new Motel One provides Zürich and Basel with a hotel that offers guests a combination of smart design, high-quality interior, reasonable prices and prime locations.”

Additionally, later on this year Motel One will add an additional 1,500 rooms at; Berlin-Leipziger Platz, Bremen am Brill, Wien-Staatsoper, Magdeburg am Dom, London-Tower Hill, and in Prague. For more information on this, or other Motel One news, please contact them directly at: