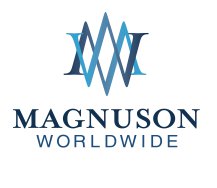 Magnuson Hotels Worldwide has just released a global hotel performance calculator which allows owners to benchmark their individual hotel performance versus local markets. In a move the company says is a “first ever” approach to measuring true performance at the local level, Magnuson’s release of the tool on Hotel Authority seems destined only for those in dire need of revenue help.  Here’s a brief look at a local performance indicator.

We’ve long stressed knowing the “local” situation where competitors and the trend are concerned. As Magnuson’s press suggests, these days owners need to know exactly what’s going on with the competition, or lose revenue as a result. This new calculator, according to Magnuson, takes data from from 43 countries, incorporates average room rates, occupancy, hotel star rating and then standardizes market types to let hoteliers benchmark performance.

According to the press from Magnuson, the data sources utilized include; the International Monetary Fund, the Bureau of Labor statistics, and Smith Travel Global. I took the liberty of using the calculator on an independent hotel that’s a client of our PR company. Now the simple calculation of average daily rate times the number of rooms over the occupancy rate, it’s a simple calculation. However, comparing competitors in the same zip requires the aforementioned IMF and other statistics be integrated.

The take: You can see in the screenshot I took the fast and easy assessment the tool provides. However positive this is though, any hotel owner who does not know where he stands in his town is on the road to bankruptcy anyway. Magnuson Hotels is the largest independent group of hotels in the world with some 1500 plus properties in 6 countries. Of late Magnuson has made a bigger name re-branding Best Western hotels by the scores in the United States. I know Tom Magnuson well, and his company does a superb job of cutting franchising fees as compared to other players like Choice, Wyndham, and IHG. On the calculator though, I think Tom is preaching to a dead choir on this one.

Athens has announced reverting to lockdown measures for Kalymnos Island just days before a general reopening of tourism.