The world’s best known hotel chain, Hilton just signed a franchise agreement with Stone Bridge Hotel to begin construction of Double Tree by Hilton Skopje. The new hotel to be situated along the river Vardar, will feature 170 rooms and cost in the neighborhood of €30 million euro, according to the news from Macedonia. 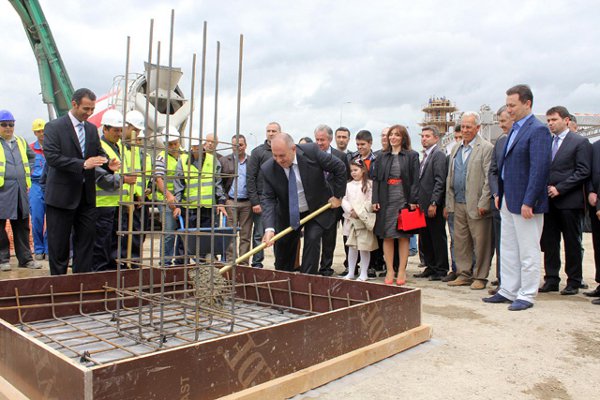 The new Hilton will boast four conference halls, wellness and spa centers, abusiness center, and traditional Double Tree amenities. The Prime Minister of Macedonie, Nikola Gruevski, was on hand for a groundbreaking ceremony on Monday, he offered this comment:

“The hotel, which is to be completed next fall, will put Skopje on the map of cities that have this global hotel brand.”

The Prime Minister went on to talk about jobs and other opportunities the new hotel construction and operation would bring to his nation’s capital.

“We have enormous confidence in Macedonia’s future and we are certain in Hilton’s success.”

For more information we suggest readers visit the official website of the Republic of Macedonia.