The Sikinos site - Ministry of Culture

The Sikinos site - Ministry of Culture

Greek Archaeologists have unearthed a mind-boggling discovery at the Episkopi excavation site in the island of Sikinos. Archaeologists discovered an ancient unlooted tomb of a prominent woman adorned with unbelievable treasures and jewelry, according to news from the Ministry of Culture and Sports. The discovery was made during the restoration work of the Episkopi Monument underways since 2017 with the Cyclades Ephorate of Antiquities.

By all appearances, the grave was undisturbed by tomb raiders owing to it being located in a concealed part of the Episkopi site. Also according to the ministry’s announcement:

“The wealth of jewellery worn by the woman betrays that she was a prominent figure in the Sikinos society. From the tomb, golden wristbands, rings, a necklace, a brooch with a cameo relief, along with glass and metal vases, other smaller finds, as well as organic fragments of the costume of the dead, were wrapped around the grave.” 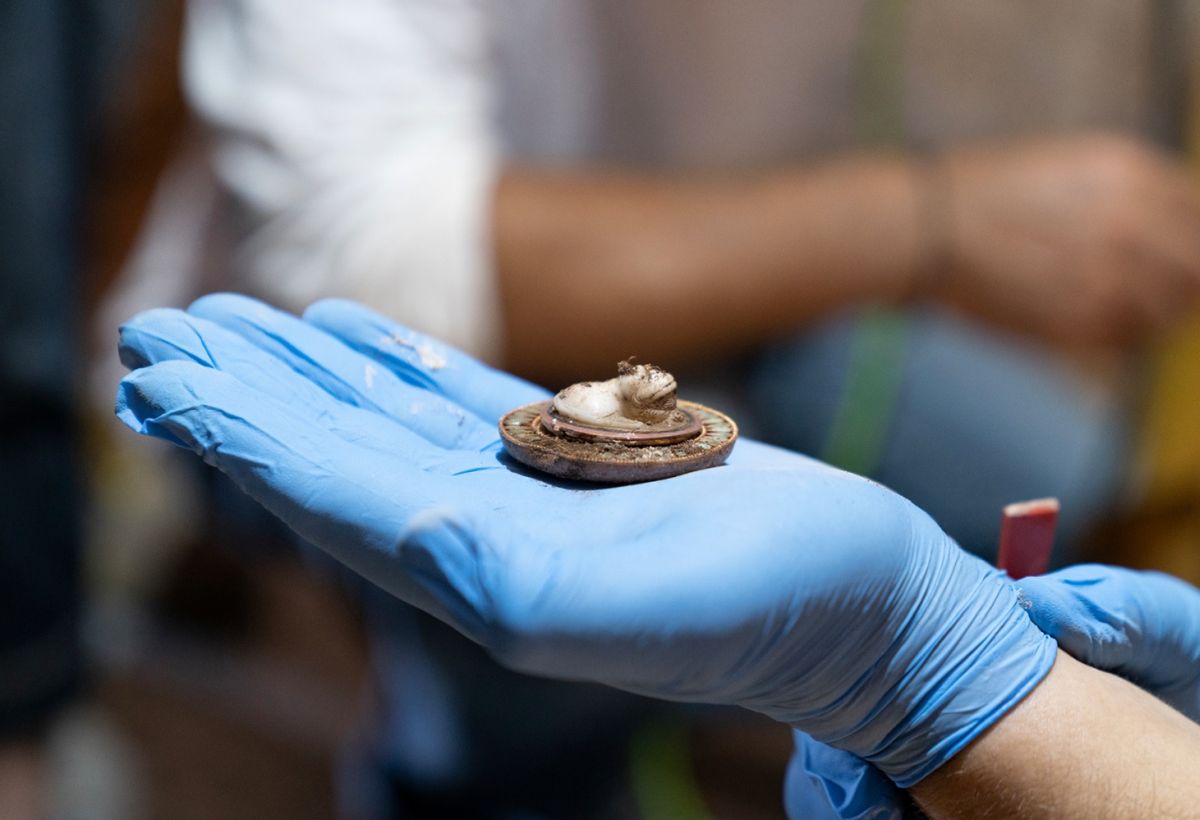 Ministry of Culture and Sport

The precious items of jewelry found with the body entombed in the grave indicate the person entombed was a prominent resident of the island. The woman was found with gold rings, bracelets, necklaces, along with glass and metallic vases. According to an early assessment, the building, dated to late antiquity and subsequently serving as a Christian church during the Byzantine era, was built as a mausoleum for the woman. Scientists also say that up-until-now funereal inscription discovered at the monument cites the female name “NeikO” – spelled Νεικώ, in Greek.

The monument itself resembles a temple, and due to its height is considered as unique in the Greek world. A settlement was constructed up around the monument in subsequent centuries, including a monastery and chapels.

The Ministry of Culture and Sport, in collaboration with the Ephorate of Antiquities of Cyclades, undertook the work on the important monument of the Diocese of Sikinos in 2017, with allocations of the operational programme NSRF of the Region of Southern Aegean, and a with a budget of 750,000 euros.

Greece’s Small Islands Get Half a Billion in Eco-Funding – We Think
Greece Records 8,083 Covid-19 Cases on Tuesday
Greece’s EODY Reports 4,496 New COVID Cases
Greece Targets/Aids Tourists From India
Previous: EasyJet to Recruit More Than 1,200 New Cabin Crew
Next: Save the Blue Heart of Europe in Albania