How to Find the Loch Ness Monster

Various people through the last century have claimed to see the mythical Loch Ness Monster, with everyone from policemen to researchers persuaded to ‘go public’ by eyewitness reports and mysterious, unexplained sonar data taken from deep in the vast Scottish loch.

Not only is the existence of the monster a subject for debate, but its name has also been called into question. One scientist, Peter Scott, gave the Loch Ness Monster a credible Latin name: Nessiteras rhombopteryx. In a cruel but somehow fitting twist, this genuine Greek name also happens to be an anagram: Monster hoax by Sir Peter S.

Nonetheless, the Loch Ness Monster has been the subject of genuine debate, serious scientific expeditions and sensationalized TV documentaries for almost a century. Mysterious moving objects detected in Loch Ness have been written off as logs and debris. A few hoax photographs (and even a shaved seal, dumped by a teacher with a bizarre sense of humor) have only confused matters. Finding the Loch Ness Monster could open up new avenues of marine study and get a few rogue scientists off the hook too.

So is Nessie out there – or was she? And if a prehistoric lizard or giant eel was really living in the depths of the largest body of water in Great Britain, is it now extinct? To find out, you’re going to need a hardy seafaring crew, some waterproof technology and a rather large fishing rod. 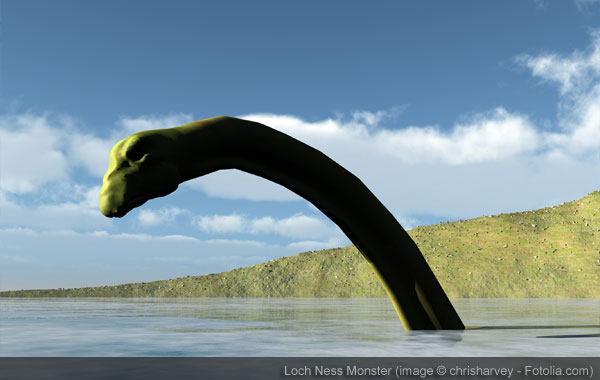 Various types of sonar technology have been used to scan Loch Ness over the last fifty years, including prototype, state of the art sonar gear and echosounders. The scientists and researchers who have carted all that gear to the loch have had varying degrees of success. They have detected what they think are animals, albeit animals which disappear further into the deep as humans approach.

In the mid-1960s, scientists built an invisible sonar curtain across the loch that was designed to detect anything that moved. It ‘saw’ various 20 foot long, moving objects deep in the murky loch, but crucially, nothing they detected broke the surface or rose to a level where breathing would have been detectable. The following year, a researcher from the New York Aquarium also detected movement of a similar sized animal, but nothing conclusive was proven.

And again, two years after that in 1970, a submersible called Pisces detected movement – ironically, while it was searching for a dummy version of Nessie which was being used as a movie prop.

There’s definitely still room for improvement on the sonar front, and a submersible could hold the key to exploring the vast 23 mile loch close up.

To supplement your sonar technology, you’re going to need to purchase some hydrophones – in other words, microphones that are specially designed to pick up the shrieks of underwater animals. With your hydrophone array, you’ll be able to listen out for underwater chatter between Nessie and her mates.

A hydrophone from DolphinEAR will cost you a few hundred pounds, but you’ll need a fleet of underwater mics to listen in on these private chats between sea monsters, so prepare to flex that credit card. The alternative is to make some friends in high places, of course: once you’re on good terms with the Navy, you can borrow hydrophones from them instead.

Oh, you may also want to ask the military to divert any fighter pilots which train in the area so your sensitive microphones aren’t rendered useless by the screeching jet engines overhead. Surprisingly, the Nessie2000 Hydrophonic Expedition did just that, and the RAF were seemingly happy to comply with their request.

Assuming Nessie can’t be caught, you’ll need a camera that can take the pressure: Loch Ness is well over 750 feet deep in places, so a disposable Kodak 35mm isn’t going to be up to the job. Any digital equipment is going to need to be specially adapted for the conditions and lens distortion of shooting underwater.

The waters of Loch Ness are not exactly sparkling clean either, so you’re going to need to source a pretty big flash. Not only does it need to be watertight, it needs to be switched off to avoid detection, then quickly fired as the monster approaches.

A fisheye lens is, of course, optional.

Got your eyes on the prize? If you want to capture Nessie, you’re going to need a boat that’s powerful enough to haul your specimen back to the shore. This isn’t a puddle we’re taking about: Loch Ness is deeper than the North Sea. Your boat is going to need to sustain and shelter a crew without disturbing the water to such a degree that the monster retreats to the other side of the loch. 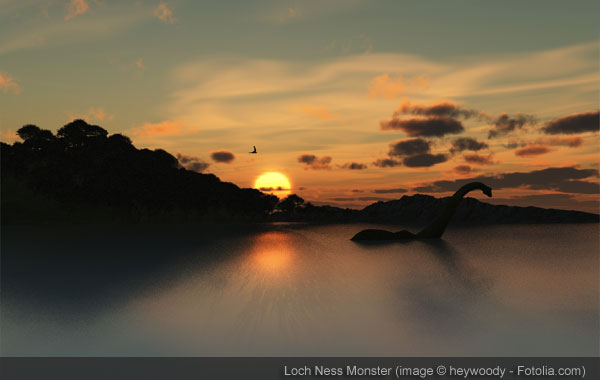 Most of the (inconclusive) video and photographic data that has been collected suggests you’re looking for an animal bigger than a pilot whale. It could measure anything between 20 and 45 feet. You might need to look into hiring a large fishing boat and an industrial crane. Unfortunately, trawling the bottom of the loch will probably only catch you a few abandoned bicycles, so best leave the fishing nets at home.

Your team is going to need to be experienced, vigilant and keen, and also pretty hardy, since the weather in the far reaches of the Scottish Highlands can be bleak, cold and fierce. You could source your 24 hour watch from the National Oceanography Centre in Southampton: they’re the experts when it comes to marine life, and they know their seals from their eels. A few boffins from the Natural History Museum would ensure your prehistoric catch could be identified.

Once your team are on board, you’ll have to feed and shelter them for as long as it takes: judging by previous expeditions, that could be anything from a few days to a few weeks. Oh, and if you’re successful in capturing the monster, it’d be handy to have someone who knows how to actually keep her alive out of the water – at least long enough for you to record that definitive photo or video evidence for the front page of the next day’s newspapers.

So you’ve captured the Loch Ness monster. This is big news. Who better to present your story to the world’s press – from the National Enquirer to the New York Times – than Max Clifford Associates?

A celebrity in his own right, silver PR fox Clifford has worked with the most feared and hated celebrities on Earth. When you’ve marketed gruesome tales about Simon Cowell, a slippery sea creature shouldn’t be too much of a challenge.

This guest article was provide by UK based experience days gift site, Wish.co.uk.