For the majority of travellers heading for the pristine beaches of southern Portugal’s Algarve region, the city of Faro is little more than a transport hub; its international airport merely the gateway to and from the sunshine resorts stretching westwards along the coast. However, it’s a mistake to dismiss the Algarve’s historic and charming capital city without stopping to consider the many attractions that Faro offers its visitors.

Lying at the heart of the Formosa Estuary, Faro’s importance as a maritime trading and fishing port was first recognised by Moorish settlers during the era of the Roman Empire and has contributed to the city’s continued development and prosperity. Despite the ravages of a catastrophic earthquake in 1755, many examples of ancient Roman and Moorish architecture can still be observed in Faro’s ‘old town’ quarter.

Surrounded by medieval city walls, the old town’s narrow cobbled alleyways are a delight to explore on foot and reveal a succession of historic treasures including the magnificent thirteenth-century Sé Catedral de Faro (Faro Cathedral). Sadly a victim of the earthquake, much of the original cathedral was lost and required rebuilding but the ancient tower survived and those who climb it are rewarded with stunning vistas of Faro and the coast.

There are also fine twelfth and thirteenth century churches to see in the old town and next to the Igreja do Carmo (Carmelite Church) the Capela de Ossos is a famous and unmissable attraction. Literally translating as ‘Chapel of Bones’ the walls and ceiling of the chapel are entirely lined with the skulls and bones of thousands of Carmelite monks to create an unforgettable, if slightly macabre, décor.

Besides its historic buildings, Faro’s old town is home to a number of art galleries and museums, as well as traditional restaurants and shops. After a couple of hours of exploration, the main square is the perfect place to take a breather and soak up the timeless atmosphere of old Faro. 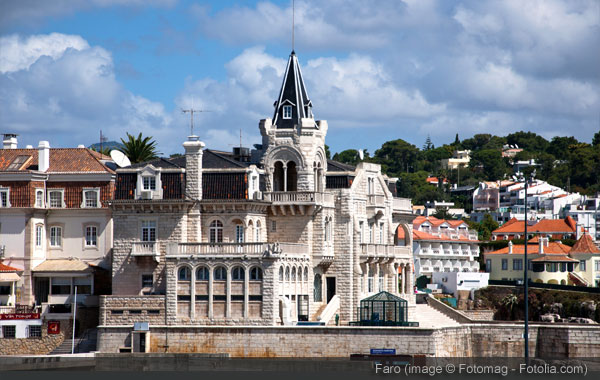 Beyond the northern edge of the old town lies Faro’s picturesque marina. Here you can stroll along the promenade and observe the comings and goings of yachts, fishing boats and other vessels, or stop for a bite to eat at one of the waterfront cafes. At Porta Nova Pier it’s possible to take a gentle boat trip along the Ria Formosa Lagoon, a series of six barrier islands forming a national park which provides nesting habitat for hundreds of species of migratory birds. Faro’s seafront edge and ancient-and-modern skyline take on a new perspective when viewed from the lagoon.

From the marina it’s a short walk to into the heart of modern Faro; still authentically Portuguese this is where traditional cobbled squares sit in the shadow of high-rise offices and apartment blocks. Largely pedestrianized, ‘new’ Faro’s randomly intersecting streets boast an eclectic mix of international and traditional restaurants (no visit to Portugal can be considered complete until you’ve sampled the spicy and delicious piri-piri chicken), shops, hotels and bars.

Those keen to flex their credit cards on some holiday souvenirs and bargains should head for the Forum Algarve shopping mall  – a palm-lined modern shopping oasis featuring a heady array of designer outlets, perfumeries, jewellers and electronics stores as well as boutique coffee shops, banks and a cinema. 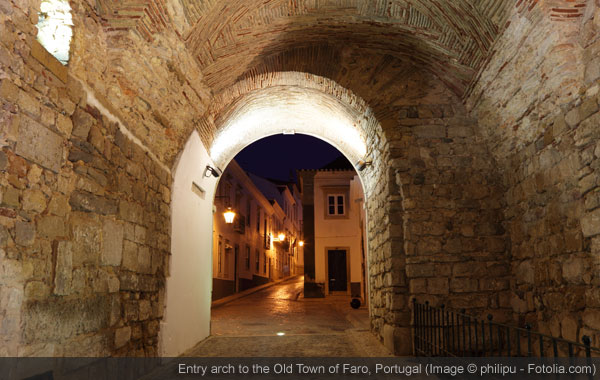 Like so many Portuguese towns and cities, Faro becomes alive as night falls. Whether your pleasure is taking a romantic walk along the waterfront in the warm night air, strolling through the atmospheric old town or sampling a few cocktails, enjoying some live jazz or bopping away to a DJ in the bars and clubs along the vibrant Rua do Prior, Faro at night lends itself to happy memories of good times.

Both historic and modern, friendly, colourful and cultural, Faro offers an endearing and authentic Portuguese experience that rewards those who have the opportunity to spend a little time there. And for those who protest that they want the beach, well… Faro’s own spectacularly pretty beach is just a seven kilometre ride from the city. What more could you ask for?