There are two more days till the beautiful Trier Christmas Market officially closes its doors, and the streets around the Cathedral Square and the medieval Main Market are more crowded than ever. No other event makes Trier so jolly. People gather for a taste of mulled wine, or a warm cup of chocolate, and chit-chat about their Christmas plans, New Year resolutions and more important topics – like local politics. Many shop, although the items on display are far from being bargains, and only a selected few are authentic handicrafts. The air is full of flavors, laughter and colors. 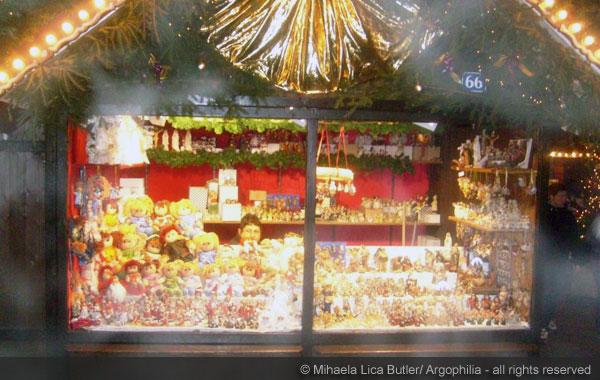 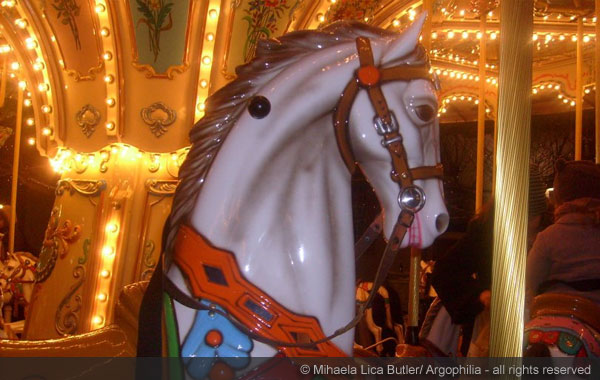 As traditions go, 2012 finds the same fairy-tale pretty wooden booths, with the same vendors selling the same Christmas merchandise: jewelry, wooden handicrafts, leather accessories, Christmas decorations, sweets, puppets, and even the usual “made in China” omnipresent items that invaded the market long back when sellers realized how cheep they were to procure, and how profitable to sell. Fortunately, tradition still keeps its well-deserved place. 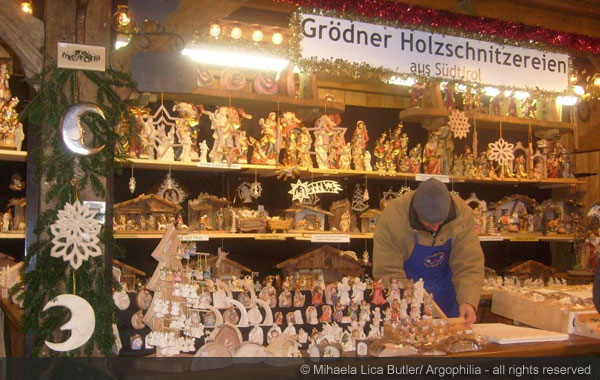 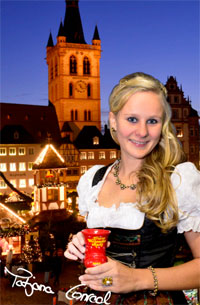 And what would the Trier Christmas Market be without its Mulled Wine Queen – a mere PR gig to attract more headlines and tourists? It’s the second year when they choose a a Mulled Wine Queen, and they didn’t consider fit to choose a local. They selected instead a young lady from Serrig on the Saar, who studies in Trier to become a European secretary (whatever that is).

Never mind the PR twist, Tatjana Conrad is postcard pretty, and postcard material, as her face will be used as a symbol of this year’s Christmas Market on postcards and brochures. She was crowned during the opening ceremony on November 22, 2011, and her reign will only end in 2012, when other Mulled Wine Queen will be elected, in what the Christmas Market organizers hope to become a Trierer Weihnachtsmarkt tradition. And they may succeed – after all, Wine Queens are popular figures on the Römische Weinstraße.

Already a picturesque character on the Weihnachtsmarkt scene, the Mulled Wine Queen had a busy schedule, having to visit the market every day, for a whole month. Locals, whose faces will not appear on postcards, have been visiting the market more fervently, spending hours defying cold and rainy weather, just to enjoy the Christmas spirit. 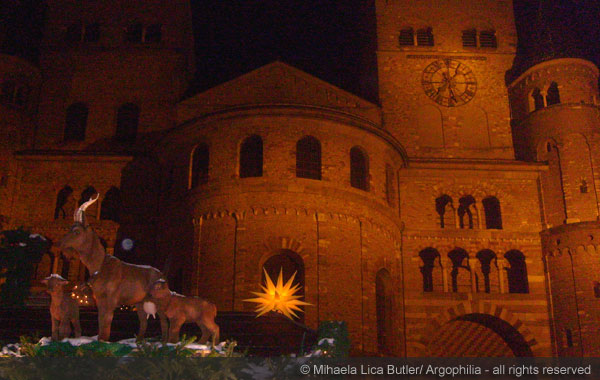 And for those who missed the Trier Christmas Market this year, there’s always 2012 – but if you come from far away, book your hotel in time – there’s no way to find a last minute room in the city. Last minute deals are only available in hotels around Trier, in small towns and suburbs like Schweich, Fell, Kenn, Ehrang and others.

Greece confirmed 3,593 new coronavirus case in the last 24 hours. In Athens, anti-vaxxers clash with police for the third time in 10 days.