Since we began researching Albania for the launch of Argophilia Travel Albania, it seems like gems of superb value keep popping up daily. Today, looking for something to share with my fellow Americans for Labor Day, some of Albania’s greatest treasures popped into view. If you were to search the land of the Illyrians for treasures, the country’s beautiful and talented women would not a bad place to start. 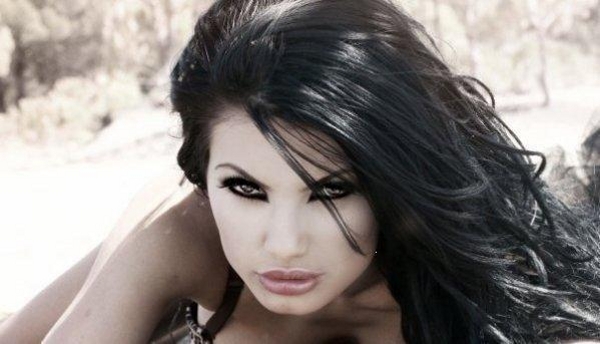 One of Albania’s best known singers and performers, Besa Kokedhima is a standout for any number of reasons. If being beautiful were commonplace, then possessing a distinctive singing voice, on top of a boat load of charisma, would make Besa even more differentiated from most singing stars, and not just in Albania. Besa is somehow not so famous in the States, but in Albania, Kosovo, and Macedonia, here name is on the wind. I am sure the video from Besa below, will carry her sweet voice a bit farther once the listener/viewer takes a look. Here is Besa’s Facebook profile, in case you want more.

Since being crowned Miss Albania in 2002, Zajmina has been on a roller coaster ride of sorts. A favorite target of the paparrazzi, the voluptuous beauty has modeled, sang, and performed her way into the hearts of millions in the region. While not discovered as of yet on the International scene, Zajmina has already appeared in any number of TV series, commercials, and of course the music video genre. You can see why in the example below.

Born in Tirana, Inva Mula won the Cantante d’Albania competition in Tirana back in 1987, and her career took off from there. Award after award, review after review, the Albanian opera soprano and actress is best known for her background vocal for the Bruce Willis film, The Fifth Element. Often compared to Opera’s legendary Maria Callas, Inva’s obvious talent, and beauty, make her another of Albania’s rarest treasures. The video below barely does her justice, but exceptional video of her is fairly rare too.

This 31 year old pop diva is on of Albania’s most popular singing stars. Here sultry style of what’s termed turbo-folk slash pop, makes her a bit unique too. Obviously Adelina is not lacking in the talent or looks department either. Adelina was widely reviewed, and sometimes criticized after Eurovision 2009, but she emerged as a bit of an iconic symbol of modern Albanian music for some. Across Albania, Kosova, Macedonia, and Montenegro, Adelina is one of the most anticipated acts around. Visit here Facebook pages here.

More divas of Albania and the Balkans tomorrow. Enjoy this last preview video until then.

Deadly Albania Earthquake Casualty and Damage Tolls Climb
Archeologists Report Huge Neolithic Find in Albania
Air Albania to launch flights in September
Save the Blue Heart of Europe in Albania
Previous: Why Baku Should Win the Bid for the 2020 Summer Olympics
Next: WTTC: Tourism for Tomorrow 2012 Kick Off