In travel news from Singapore, Jurong Bird Park, one of four wildlife attractions managed by Wildlife Reserves Singapore (WRS), celebrates its 40th anniversary this year. The world’s largest bird park offers special discounts and gifts in honor of its inhabitants and the millions of tourists who have made the park so long lived and beloved.

During your visit to Singapore, help the park celebrate this auspicious anniversary – be introduced to a world of flying friends you only ever read about. 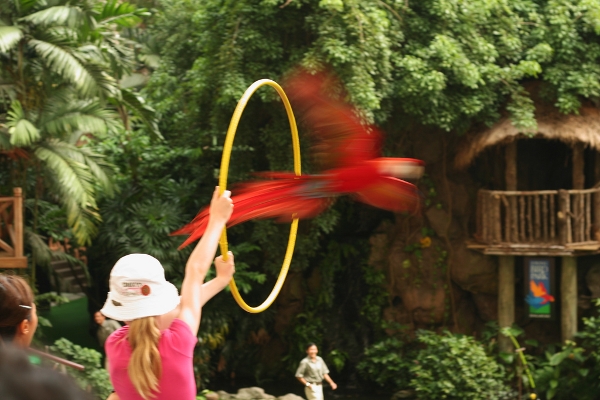 Who says birds are not smart - can you do this?

New events and attractions, a play area for the kids, and a very cool Birds of Prey show, that’s what’s new and in store for visitors to Jurong this year. Opened in January of 1971, Jurong was the first such park in all Singapore.

Situated on over 20 hectares, this award winning habitat is now home to over 4,600 birds from over 380 of the species. But Jurong is even more significant as a symbol of conservation and avian biodiversity. 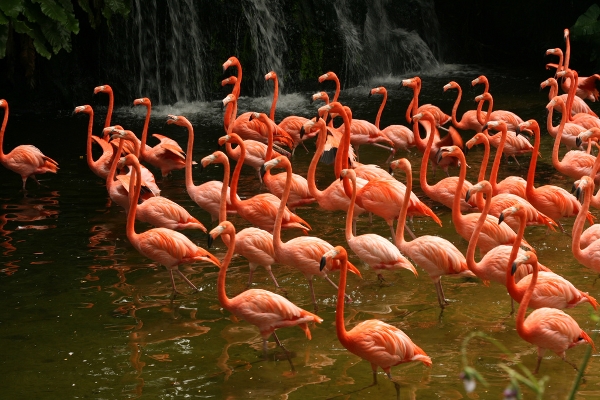 Jurong Bird Park was completely remodeled and additions were made in 2006. An African wetlands exhibit, a Bong Burgers, and a Ben & Jerry’s were also added for visitors’ convenience. conceived of by Dr Goh Keng Swee in the late 1960’s Jurong is truely a world treasure where bird zoos are concerned. No other facility boasts of 1001 flamingos. 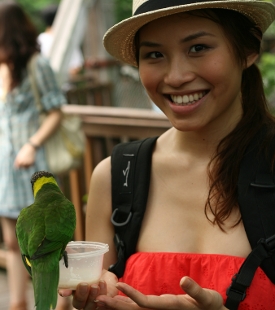 Only Germany’s Vogelpark even comes close to comparing in terms of the numbers of species and the size of this park. And for one of the rarest experiences you will ever have, be sure and check out Asia’s first nocturnal bird-fest with Jurong’s “World of Darkeness” show featuring reverse lighting, where day is converted into night.

This fabulous display features 60 birds from 17 species, such as Night Herons and Fish Owls, in the natural nocturnal habitat. It’s actually a spectacle and a feeling you will never forget.

But perhaps the best thing about Jurong, aside all the enormity of the place, is the way visitors are actually engaged by the fascinating creatures that inhabit this magical place. There is truly something mystical and marvelous about our aviary friends, as you can see in the image at left.

From their research end breeding programs to the tiniest flying by a child’s ear, Jurong holds a treat in store for all who visit. Happy Birthday from Argophilia and the world guys.

Parties interested in Jurong can contact Ms Juanna Tan via email here, or by calling (+65) 6661 7808. Be sure an check out the park’s Facebook pages as well. We leave you with a preview of Jurong courtesy Asia Travel.

Campspot Publishes the Top Outdoor Travel Trends for 2023
Ideas to Make the Most of Your Visit to Phuket
Trends Say Americans Guarded Over Travel 2022
27 Inspirational Travel Quotes to Fire Up Your 2022 Travel Bug
Previous: E-Tourism for Southern Europe on Tap in Athens
Next: Fabulous Trekking Ops – the Ladajh Himalayas