The lifting of cabotage, the development of cruise tourism and the selection of Greek ports as home ports were the main topics of the teleconference between Greek Ministers and U.S. leaders in the cruise market last week.

The teleconference was organized in the Embassy of the United States by the U.S. Ambassador Mr. Daniel Smith with the participation of three Greek Ministers: the State Minister Mr. Charis Pampoukis, the Minister of Maritime Affairs, Islands and Fisheries Mr. Ioannis Diamantidis and the deputy Minister of Culture and Tourism Mr. Giorgos Nikitiadis, representative of Piraeus Port Organization Dr. Athanasios Karlis and other representatives of tourism. 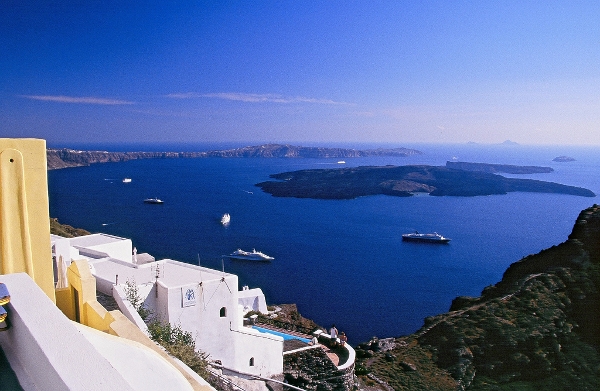 The aim of His Excellency was to bring in direct contact the representatives of the largest U.S. cruise companies with the Greek governmental members, cruise professionals and directors of hotel units of U.S. interests.

The State Minister, Mr. Charis Pampoukis, highlighted governmental policy on development of cruise tourism while mentioning the infrastructure projects in Greek ports and airports and the potential of Greek ports such as Piraeus, Katakolo, Iraklio, Rhodes and Thessaloniki as home or call ports. Last but not least, he noted the new law of fast track for more simplified and transparent implementation of strategic investments and addressed to the interested parties to submit investment proposals about port and tourism infrastructure here in Greece.

On the other side the Minister of Maritime Affairs, Islands and Fisheries Mr. Ioannis Diamantidis presented the contract draft most comprehensively, pointing out the advantages of geographical position for Greece and its islands. 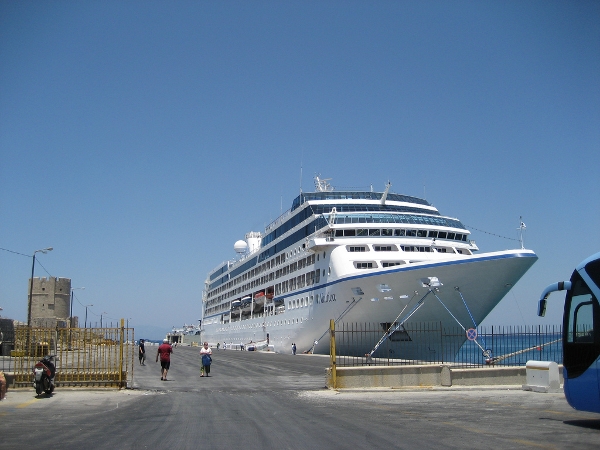 Mr.Nikitiadis, deputy Minister of Culture and Tourism, pointed out the advantages of Greek ports of call, activities, excursions and the interesting side visits to archaeological sites, museums and cultural sightseeings, all of which have prolonged their opening hours to facilitate tourists visits.

Finally, Dr. Karlis, representative of Piraeus Port Organization described the services of the largest Greek port and its specialized cruise facilities emphasizing the strategic infrastructure works which are under implementation and will be completed in 2011.

The representatives of U.S. tourism companies expressed their need for lifting of cabotage while expressing their hesitations about strikes and protests, as well as their request on the prolongation of opening hours of archaeological sites.

After the clarifications of the Greek Ministers the U.S. Ambassador thanked all the participants and expressed his satisfaction for this innovative initiative of the open and fruitful teleconference and promised to provide his support for the joint benefits and interests. 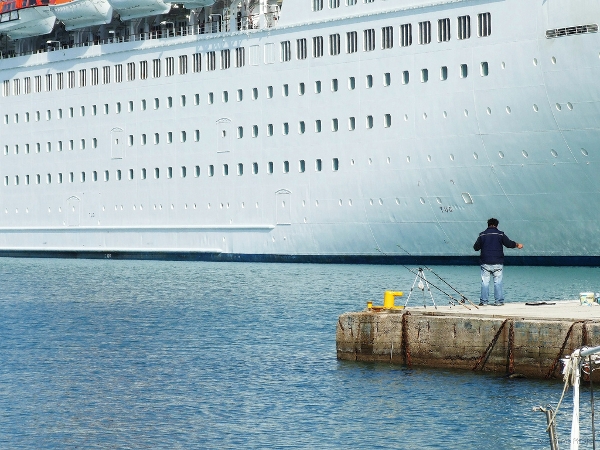 A Greek fisherman looks to be fishing for cruise ships - courtesy . SantiMB .