According to the joint press release, the two companies will join in taking advantage of televisual ad space at the airports, as well as utilizing other commercial ad mediums to better engage passenger – airport connections. The joint venture is scheduled to commence July 1st of next year. Pierre Graff, Chairman and Chief Executive Officer of Aéroports de Paris, had this to say about the venture:

“Through this partnership, we want to give a new look to our airports, focused specifically on improving the quality of service and innovation, by means of new, fewer but more modern advertising media and with a richer and more diverse event services offering. This project marks a new era between Aéroports de Paris and JCDecaux, which have been working together for almost ten years, and symbolises a common desire to improve our passengers’ experience, while leveraging as far as possible the potential visibility our airports offer advertisers and optimizing the financial benefits generated by advertising within our airports.” 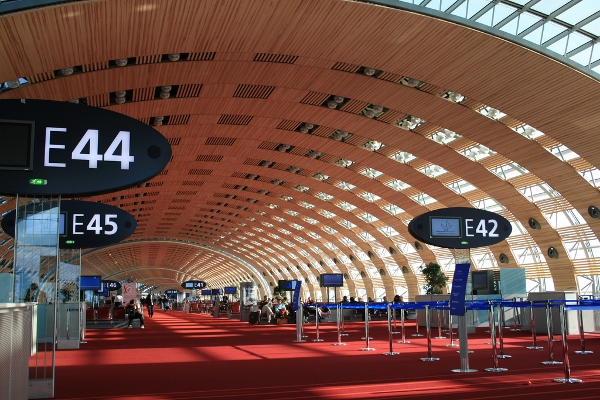 JCDecaux is the top external communications firm in Europe and in the Asia Pacific region, as well as number two worldwide. The Group is also number one in airport advertising. Aéroports de Paris builds, develops and manages airport platforms including those at Paris-Charles de Gaulle, Paris-Orly and Paris-Le Bourget. Those terminals welcome more than 83 million passengers a year.

Jean-Charles Decaux, Chairman of the Executive Board and co-Chief Executive Officer of JCDecaux, also commented on the venture:

“We are very happy and proud of the renewed confidence of Aéroports de Paris. We are delighted to have the opportunity to deepen and enrich our partnership by means of a joint company where we can put into practice our combined know-how and expertise to achieve our goal of completely redefining our advertising space with a forward-looking orientation and a focus on new technologies. We will strive to offer new communication solutions to advertisers and an original airport experience to passengers. Finally, this remarkable success will confirm JCDecaux’s position as the world’s number one in airport advertising”.

For a taste of JCDecaux’s impact, the video below of a 2010 campaign should give the reader an idea of this latest venture.