In his first controversial book on extraterrestrials in antiquity, the legendary UFO expert and author of the famous book “Chariots of the Gods,” Erich von Däniken devoted a chapter to the “Minoan Hypothesis.” This theory, derived from Plato’s descriptions of Atlantis, which were later associated with the destruction of Thera (Santorini), has been hotly debated for decades now. According to Von Däniken and many others,  the early 2nd Millennium eruption of Thera caused Atlantis to be destroyed. It’s a theory that has never been proven or disproven. These legends and myths are the subject of intense study, but for me the special character of this paradise island spurs my discovery efforts. Here is a loose collection of facts and theories about the Crete of antiquity and a primer on perspectives that have been lost.

What if the myths of ancient Greece were attempts to describe events that really happened? This was one of the questions Erich von Däniken asked. His ideas on extraterrestrials having been the source of the gods and goddesses the ancient peoples worshipped having played out in dozens of Hollywood films, TV shows, books, and even academic research, it’s simply fascinating for me that there is still so much we do not know about Crete, the Minoans, and even the wider Mediterranean. Given this is the most “known” region for scholars in the western hemisphere, the fact archaeology has not produced more proof of existing understanding is phenomenal. However, Erich von Däniken is considered on the fringe of science, whereas others are not. His notion that Crete’s “Talos” legend referred to an alien robot seems viable logic to me, but real archeology has found no trace of the giant figure that Jason and the Argonauts in the Hollywood version of the story. But it is these “stories” that have always revealed our past – recall how Troy was once thought to be a mythical place. 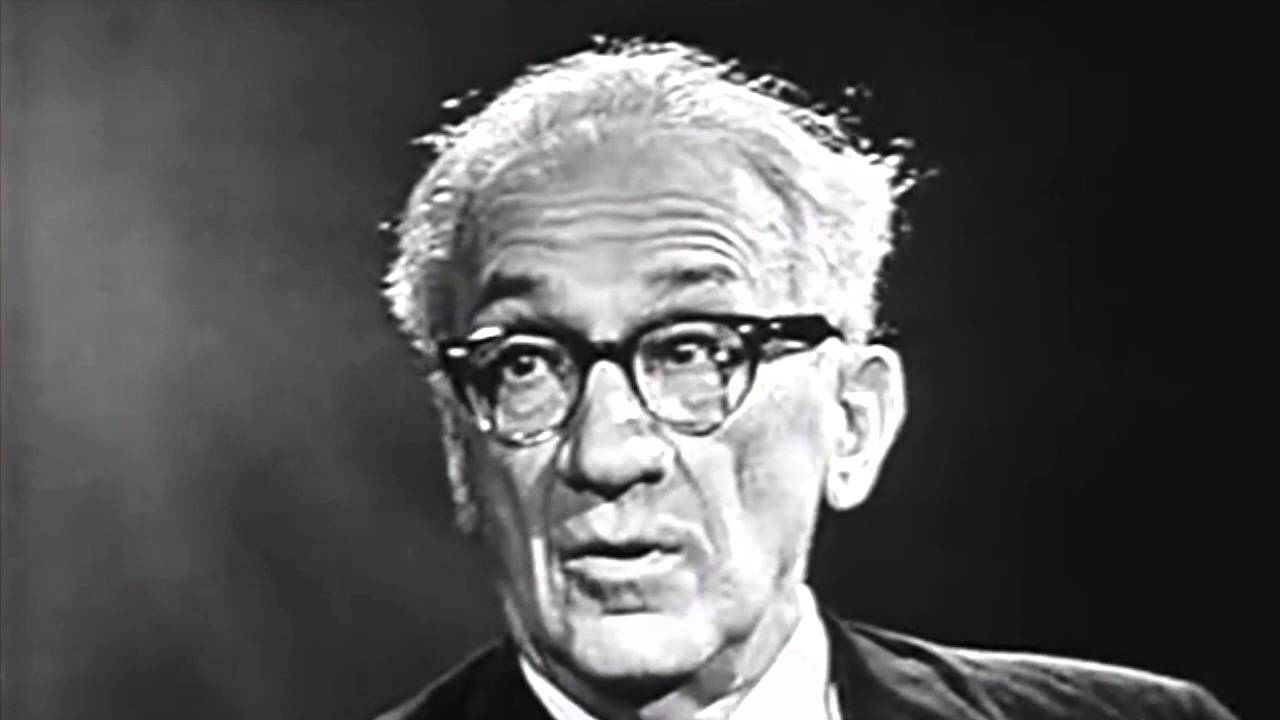 The brilliant scientist, author, and scholar Immanuel Velikovsky believed in a realignment of the chronologies of ancient civilization and a revision of scientific approaches to religion

It was a genuine genius, one Immanuel Velikovsky who’s working theory of colliding worlds turned the scientific community on its ear since the publication of Ages In Chaos and Worlds In Collision in the 1950s. In Velikovsky’s ideas we find perhaps the best cohesive narrative for the creation story. In the imminent scientist’s mind nearly every ancient myth is somehow tied to a cataclysmic event in the 15th century BC. And his fascinating book Oedipus and Akhenaton, not only suggests that Egyptian Pharaoh Akhenaton was in fact the legendary Oedipus, his ideas also provide a loose linkage in between Egypt and Crete, and mysterious happenings around ancient Monastiraki, on Crete. I also find it ironic that Velikovsky began expanding on his theories of this great cataclysm about the time World War II began in what was and is considered radical catastrophist cosmology. His work during the war would culminate in 1945 with a paper he published entitled; “Theses for the Reconstruction of Ancient History and Cosmos Without Gravitation.” Years and years of dispute and controversy over his work certainly plagued this colleague of Albert Einstein, who was rumored to have died with a copy of “Worlds” at his side. Today, regardless of the opinions of naysaying scientists, no one can deny the statistically improbably “coincidences” surrounding his ideas. Ancient myths, history, religion, and to an extent geology lend credence to these ideas. Of great interest for this writer is the third book in the Ages in Chaos series entitled; “Peoples of the Sea,” which among other things discusses the “Dark Age” of Greece after the fall of Minoan/Mycenean Crete fell to the Ionians. We’ve not space here for a discussion of these mysterious “sea people” or their impact on Egypt, but their significance is important should the legends of Crete and Keftiu intersect with Ages in Chaos and a proper reconstruct of the ancient world. And I quote from Velikovsky’s texts:

“It is assumed by the scholars who labor on the problem that the Peoples of the Sea came from the Aegean area, and since the scene is of the beginning of the twelfth century they must have been Mycenaean Greeks and their allies, dislocated from their native places. Ramses III enumerates the single tribes of which the Peoples of the Sea were composed, and efforts have been made to identify them with various Achaean tribes of early times.”

Also bearing on my own Keftiu theories is the interesting fact the town of in Crete was supposedly founded ancient Lappa (modern Argyroupoli) by none other than Agamemnon of Troy fame, and the “coincidence” that Velikovsky insinuates the last of the Hellenic Greeks might have invaded Egypt. 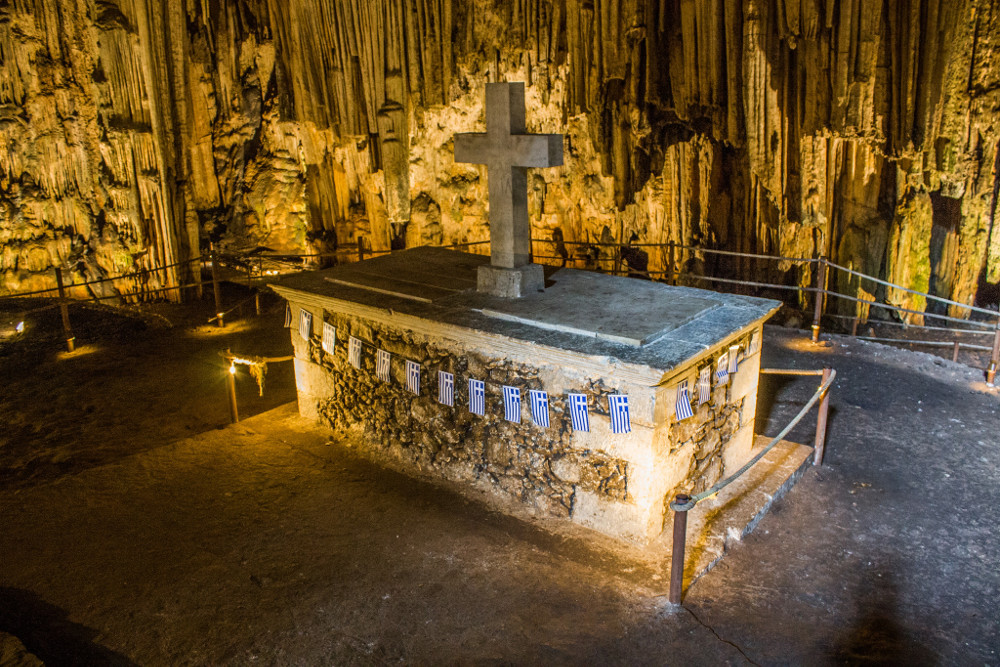 Inside the cave of Talos, or Melidoni Cave – Courtesy Shadowgate CC 2.0

Another “coincidence” in this line is revealed if we look at recent research such as; “On the ophiolites and the concealed magnetic bodies of the island of Crete.” The paper, which can be found at ResearchGate, discusses the science of anomalies unique to the island, which in turn reflects back on Velikovsky’s discussions with Albert Einstein on the role of electromagnetism in the universe. I don’t want to focus too much here on Velikovsky, but rather on this “magnetic” aspect of this island. Once again we arrive at a subject for much deeper analysis, theories about interdimensional travel, stargates, and much more. My point is simply to illustrate the special nature of Crete during Minoan times. Furthermore, my theories on Keftiu align nicely when obscured research is taken into account. For instance, this chapter from “The Hyksos and the Hebrews” discusses Egypt and Crete under a single ruler at the start of the 3rd millennium BC, as well as the origins of the Minotaur and the fabled labyrinth at Knossos. 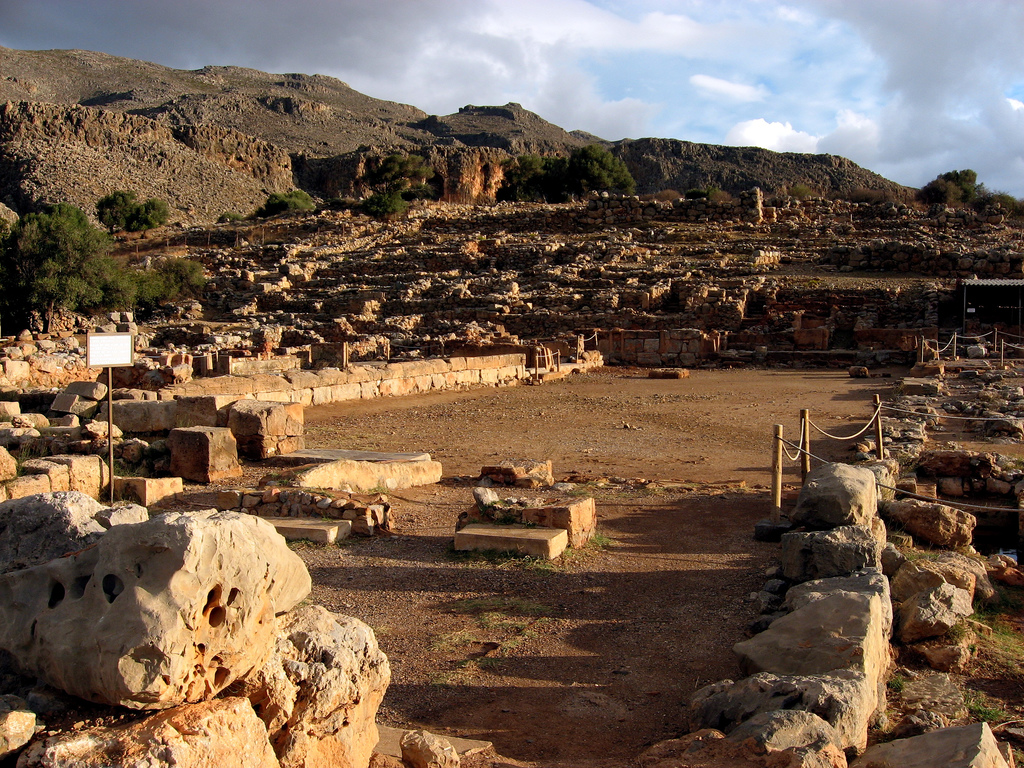 From here on the island, everywhere one searches there’s another legend from every era. Stories from early Minoan times to the Ottoman rule abound, as do tales of bravery and bravado during the Nazi occupation of the island. Looking at Crete from an traveler’s point of view, there are few places more suitable for extraterrestrial or supernatural visitation. Judging from new discoveries and the apparent lack of true knowledge of these ancient relationships, it seems clear to me that the history of Crete and the Minoans will see something of a revision at some point. From the Valley of the Dead near the Minoan Palace at Zakros (above), to strange objects rumored to have been discovered in Tsoutsouras (Ancient Inatos), and in every inlet cove from Matala around the tip of Crete to Kissamos, this island is bountiful for more than olives and oranges. I invite the reader to visit my upcoming report on Tsoutsouras and the mythic cave of Eileithyia, plus Zakros, not to mention up close discovery from Knossos and the dig at Monastiraki.

Crete’s 2022 Summer: Already Burning With Fun
What If the Secrets of Keftiu Could Rescue Humanity’s Future?
Odd Christmas Traditions Around the World
The Connectedness of Beauty: A Secret of Crete Few People Know
Previous: Legend of the Drosoulites: Crete’s Magnificent 600
Next: Pobeda Airlines to Begin Flights to Kutaisi