Georgia & Other East Europe Nations: Are They Key to EU Longevity?

Courtesy European Dialogue Map of the Republic of Georgia.

According to a story from Vestnik Kavkaza, the European Union and Georgia will sign an early agreement to start the process of Georgia’s associate membership in November. With pressing tensions all around though, November seems far off where good relations between European countries is concerned. 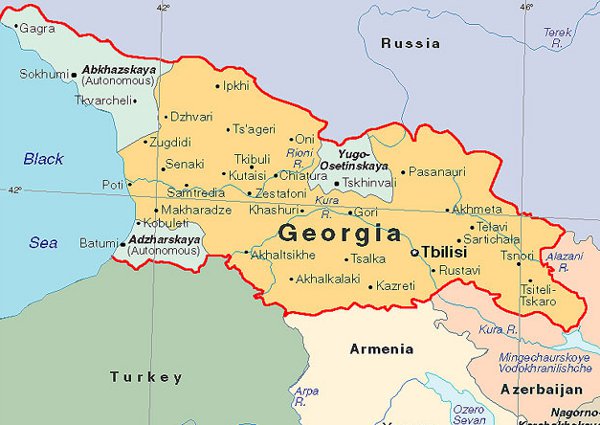 Scheduled for November 28th and 29th of this year, the summit of the Summit of the Eastern Partnership will take place in Vilnius, Lithuania will be a vital step in cooperation between Georgia and the EU. Earlier this month Alexi Petriashvili, Georgia’s State Minister for Euro-Atlantic Integration told the EU Commission:

“Georgia has been working hard to reach the targets set by the European Union in the recently published progress reports. We are aware of the challenges but remain motivated to push forward with democratic and judicial reforms.” To quote from the official EU documentation (PDF) for this Fall’s summit:

“The main goal of the Eastern Partnership is to create the conditions to accelerate political association and deepen economic integration between the EU and the Eastern European partner countries.”

Considering the economic and political tensions growing over austerity and other even more compelling international issues, this summit does in fact bear special consideration. Georgia and other Eastern European states continue to hurdle setbacks in living up to the EU’s demands, but even more crucially, current EU negative press bears heavily on the whole region. One big questions that arises here is; “How long can Germany continue to hold off on free visas and the Russia question?” Cyprus not withstanding, Russia is about the only country in Europe with a positive economic outlook. Any talk of Eastern European collaboration with the EU will and should show Russia in the forefront.

EurActiv reporting on the so-called fragmentation of the Eastern Europe counties may soon be met by stories of an even more fragmented EU if the Cyprus situation and rumors of Luxembourg are not abated somehow. The balance of economy and politics in Europe seems to be at a crisis point for many.