Five Of The Remotest Holiday Spots On Earth

Thanks to the advent of affordable air travel and gimmicks like the internet, few would argue with the theory that the world is a much smaller place these days.

But for the die-hard adventurer who truly wants to lose themselves, they’re not completely out of luck, for there are still a number of remote, far-flung destinations with a well preserved culture and history just waiting to be explored. For anyone who ‘really’ wants to get away from it all, the following remote spots, whilst tricky to reach, will surely deliver on that promise. 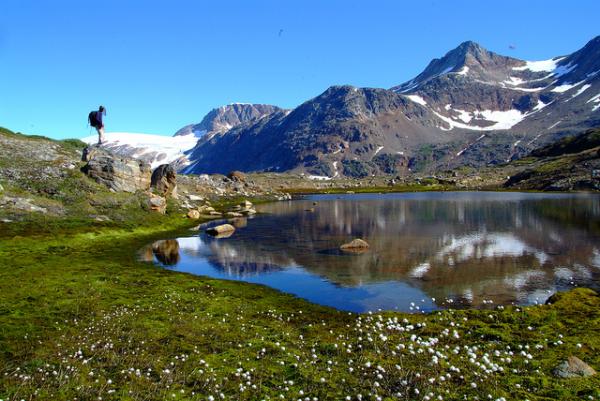 Greenland itself might be pretty damn big, but that’s about it. This continental-sized island is home to dozens of the remotest communities on earth – and out of all of them, they don’t get any more far-flung than Ittoqqortoormiit. With a population of just 469 souls, there’s plenty of space for travelers to quickly ‘lose themselves’ if that’s what they’re after. Even so, the locals aren’t totally alien to foreign visitors – available activities range from sailing the world’s largest fjord system to dog sledding.

Fancy hanging out with a bunch of inbred pirate mutineers on the remotest island in the world, exploring shipwrecks and racing around on quad bikes (the only mode of transport available)? Then the Pitcairn Islands is just the ticket.

The four islands that make up the Pitcairns actually belong to Britain – it’s last colony in the South Pacific. The largest of the islands, Pitcairn, is also the only one that’s inhabitated, by a grand total of 67 souls at the last count – all of whom are direct descendents of mutineers from the British ship HMS Bounty, who settled on the island in 1789.

Pitcairn is quite possibly the most difficult-to-visit place on earth. Getting there involves getting to New Zealand first of all, where budding explorers will have to apply for a license from the Pitcairn Islands governor. From New Zealand, the next step is a flight to the Gambier Islands in French Polynesia. Once here, visitors will need to book themselves a berth on the once-a-week MV Claymore II, the island’s main resupply ship. Expect the voyage to take around 32 hours. 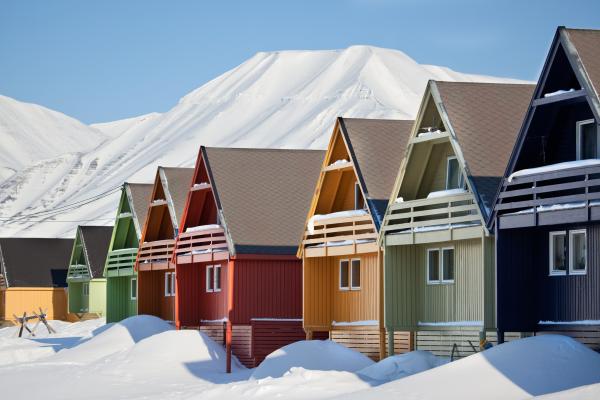 Deep inside the Arctic Circle, Svalbard is Norway’s northernmost settlement, located on an archipelago roughly 400 miles from the European mainland. It’s also, somewhat surprisingly, home to around 2,700 residents, most of whom are fishermen, miners and scientists.

There are plenty of reasons to visit Svalbard: seeing polar bears is one, exploring an icy wasteland is another. People also come to check out Austfonna, the largest glacier in Norway, whilst year-round the island is a popular haunt for dedicated bird watchers.

Aside from being cold and remote, Svalbard is famous for its Global Seed Vault, an cellar located deep underground that stores the seeds of thousands of the world’s plants in case of some global catastrophe.

Svalbard’s actually one of the easiest-to-reach destinations in today’s list, with daily flights available from Oslo to Longyear Airport. 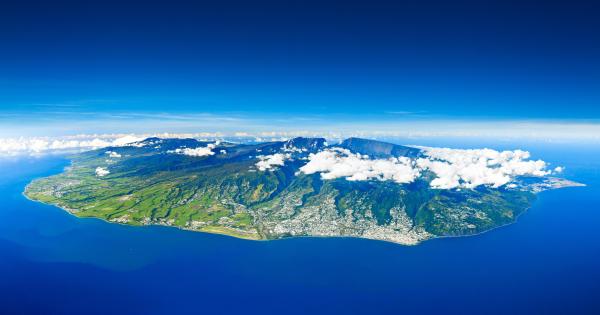 At more than 1,750 miles from the nearest mainland of any note (South Africa), Tristan de Cunha isn’t likely to be somewhere that you’ve heard of. In fact, it’s fair to say that the volcanic islands that make up the world’s remotest archipelago are another world. It’s a world that claims to be the most isolated settlement on earth too – and it’s pretty hard to argue with that claim.

Although Pitcairn might be further flung in terms of physical distance, there can be few places that take longer to reach than here. With no airport, and being beyond the range of helicopters, Tristan de Cunha can only be reached by sea – a six day journey aboard a regular resupply vessel from Cape Town in South Africa.

Why would one want to make such a journey? Well, there are a few reasons, including the island’s spectacular 6,760 foot volcano and its brilliant basalt cliffs. It’s also said to be a great place for bird watchers – the only breeding ground of the Sooty Shearwater, for example – while the stamps and coins sold here are considered collector’s items. 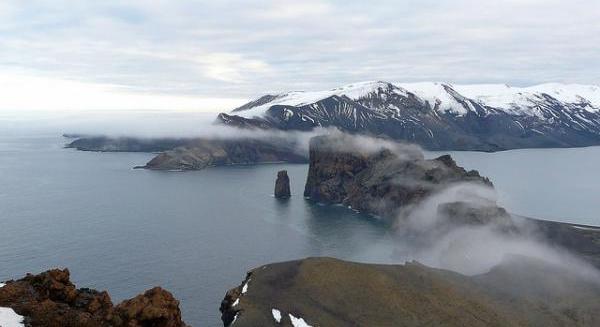 Bleak, cold and desolate, Deception Island is just one of the rocks that make up the South Shetlands, lying just off of the Antarctic continent’s northernmost peninsula. It might seem like an unlikely tourist destination, but in fact thousands of them descend on the place each year.

Most come to view the Deception Island’s wildlife (chinstrap penguins and fur seals), take a dip in the volcanically heated waters of Pendulum Cove, go scuba diving (!) in the middle of an active volcano, or simply enjoy the view of the ash-covered glaciers. There’s also a little history here – Deception Island was once a main whaling base for several countries, until the island’s restless volcano scared them all away. Today, the deserted ruins of the whaler’s settlements are one of the island’s biggest attractions

To get to Deception Island, most visitors head to the southern tip of Argentina and book a tour or cruise.