Europe Hotel Prices 2012: Too Low to Miss Out

The wonderful Schlössle Hotel in Tallinn

For those of you out there wanting to squeeze the most out of Fall vacation plans recent stats from Hotwire’s Travel Savings Indicator show 20 of Europe’s most popular destinations as spectacular deals. Hotel price drops across Europe range from 7% to 37% compared to a year ago, with some price cuts in excess of 50% year on year. If you ever wanted to visit Europe, there may never have been a better time.

Aside the dollar and other currencies simple buying more in Europe, the London Games and a supply of hotel rooms now left empty as London 2012 has ended, make many top destinations absolute bargains, Clem Bason, president of the Hotwire Group explains:

“We’re seeing a similar thing happen in Europe that happened in Canada right after the VancouverGames. London and surrounding cities opened many new hotel rooms in anticipation of record visitor numbers, and now that the big event is over, they’re discounting on sites like Hotwire to attract business. At the same time, Europeans are likely being more frugal with their travel spending this year, and all of this is happening during the normally lower priced shoulder season. If folks have been thinking about crossing the pond, they should try to do so in the next few months, because these factors are creating Europe’s best deal market in years for American travelers.”

Correlating these figures to a large extent, an in depth report via HVS global hospitality services (PDF) shows hotel room values having climbed between 2010 and just before London 2012. Obviously, the abundance of rooms now vacant as Olympic and European football fans go home to regroup, puts Europe in a special place where real value is concerned. The chart below from HVS shows some winners and losers in the value scheme of things hotelier wise.

Eurostat’s most recent numbers, figures in line with the newly legislated Regulation 692/2011 concerning such tourism statistics, show more correlative data to show an over abundance of rooms. Despite elevated figures by some agencies and interested parties, it’s easy to see using Eurostat’s figures that most countries in Europe can’t give away hotel beds. The chart at top shows a selection of countries through April of this year with occupancy averaging below half. 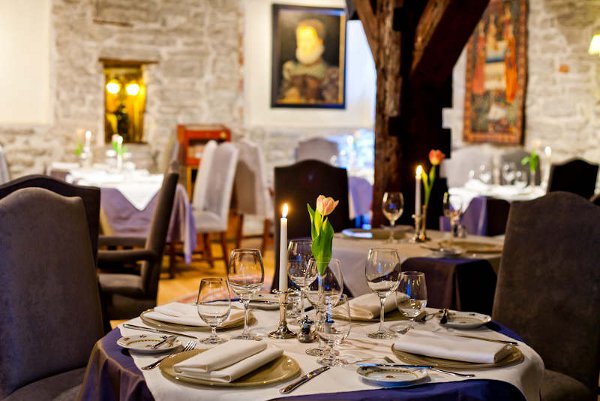 The wonderful Schlössle Hotel in Tallinn

What does all this mean for you, the traveler? A four star hotel room in the center of a Europe capital for the price of a Holiday Inn in Schenectady, that’s what. And imagine the smile on that innheeper’s face when you order two bottles of Champagne with your leftover credit card balance. This Fall vacationing should be all about Europe in style, and on a budget.