Italian archaeologists based in Egypt have reported the discovery of ancient tombs near the city of Luxor which they believe are at least 3,000 years old. 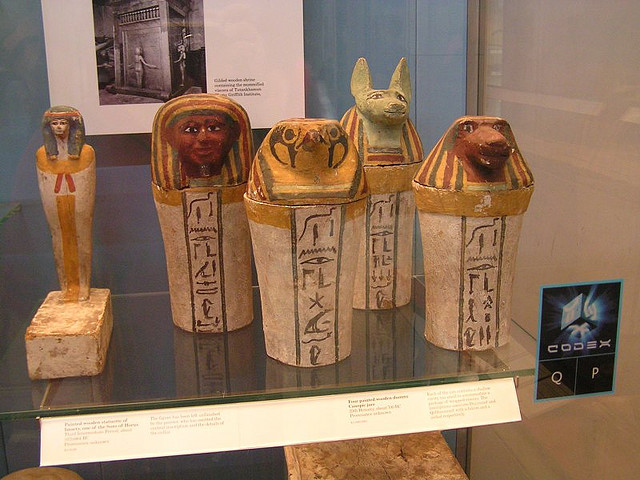 According to Egypt’s antiquities minister, Mohammed Ibrahim, archaeologists discovered the tombs buried underneath Pharaoh Amenhotep II’s mortuary temple on the west back of the River Nile. Amenhotep II was Ancient Egypt’s seventh Pharoah, ruling the kingdom from 1427 B.C. to 1401 B.C.

Wooden sarcophagus and human remains were among the discoveries in the tomb. In addition, archaeologists discovered a number of stone jars, containing the lungs, livers and stomach of those buried in the tomb. The jars were said to be of “very good quality”, suggesting that those buried in the tomb were very wealthy, said the BBC. It also said that the jars were decorated with images of the god Horus and his four sons.

Mr. Ibrahim said that these gods – humanoids with the heads of a jackal, falcon, human and baboon – were believed to guide souls to heaven after they died.

According to the Egyptologist Wafaa Elsaddik, the discovery of the temples was important because it represented proof that Egyptian temples were used for burial as well as worship.

Campspot Publishes the Top Outdoor Travel Trends for 2023
Ideas to Make the Most of Your Visit to Phuket
Trends Say Americans Guarded Over Travel 2022
27 Inspirational Travel Quotes to Fire Up Your 2022 Travel Bug
Previous: “Flowers of the Ice Queen” Dazzles Onlookers in Kiev
Next: Lividia Palace Solarium Opens This Summer