A tourist event that you shouldn’t miss if you happen to be in Donja Stubica tomorrow: Seljačka buna 1573-2013 will reenact a peasant revolt that made history. The Croatian-Slovenian peasant revolt of 1573 didn’t have a happy outcome for the rebels. It took imperial captain Turn’s army 12 days to defeat the peasants led by Ilija Gregorić. More than 3,000 peasants died in the battle, while those captured were hanged or maimed. The peasant government let by Matija Gubec, Ivan Pasanac and Ivan Mogaić was dissolved, Gubec captured, then publicly tortured and finally executed on February 15. This is the short version of the battle of Stubica. 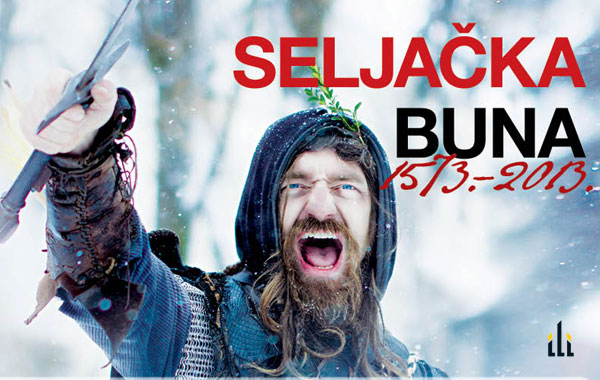 It is a brilliant occasion for tourists to understand a bit of local history, and learn about the values that drove this nation through the years. The event has Gubac urging the peasants to battle, and reenacts the final fight. 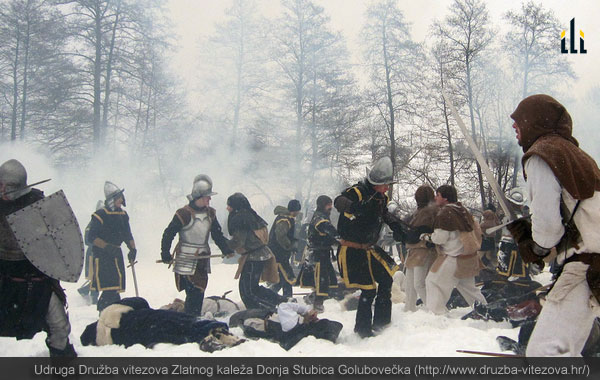 It is a spectacular staging of the battle, organized by The Knights of the Golden Chalice from Donja Stubica with the participation of over 100 extras and 150 members of various associations. The official site calls for public participation as well, parents and children alike, to join in the events, dressed as peasants or the gentry.

The video below shows you a bit of what happened last year:

Aside the event, visitors to Donja Stubica can learn more about Matije Gupca visiting the house museum dedicated to him.

If you miss the event on February 9, do visit the village in the Spring, to see the Gubec’s lime tree arboretum, and the Croatian Iris Garden (Hrvatski vrt Perunika), which will be open to the public from May. The garden spreads over 3 000 square meters covering and enriching much of the land of the popular tourist attraction Termi Jezerčica.

Every May, when the Iris blooming season begins, the garden opens its gates with a lesser-known Croatian festival, the Festival of the Iris, which is more than a gathering for flower enthusiasts. The festival features a rich and diverse programme of folk music concerts, folk dances, and traditional food. This year, the festival is scheduled for Saturday, May 18. If you happen to be in Croatia at the time, Donja Stubica is only 40 km northeast of Zagreb.