Pack your bags, dear traveler, if you love Christmas and you want a taste of its true spirit. There is at least one Eastern-European jewel that will bring the “once upon a time” back in your heart this year. In Bratislava, adults are children again, for one month, beginning November 19 to December 23, 2010. It’s the time of the Christmas Market, an event with a younger history than those organized in other parts of the world, yet as beautiful and entertaining, if not more, because the Slovaks are trying to make up for the lost time. 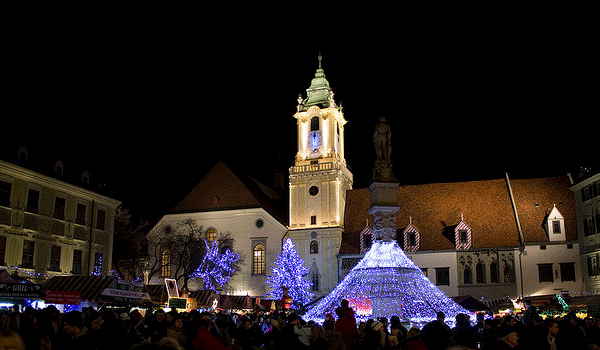 The first Christmas Market in Bratislava was in 1993, inspired by similar manifestations in Nuremberg, Brussels, Strasbourg, and Stuttgart. It’s the nature of the season to make such an event popular, so the Christmas Market at the heart of the city became one of the most popular and important social events of the Slovak capital in no time. Every year, the people of Bratislava and travelers from many other European countries, get together to celebrate tradition, art and season-cuisine. 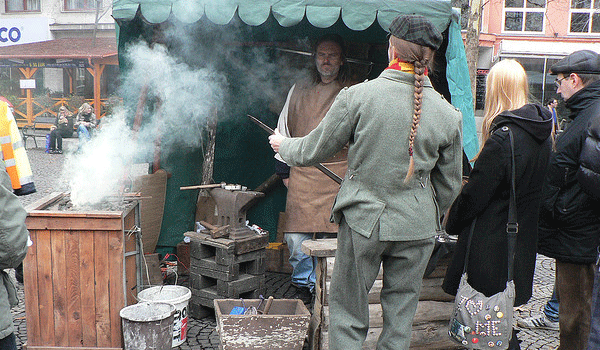 It’s not all about shopping, although shopping is certainly fun, when so many cutesy season-decorations are on display. It’s also about culture, understanding tradition, learning, and knowing people. It’s about getting together, celebrating, remaining positive. A cup of varené víno warms the heart, the warm lokše make you crave for more… And the music plays. Visiting Bratislava during the Christmas Market gives you the whole Slovakia on a silver platter: 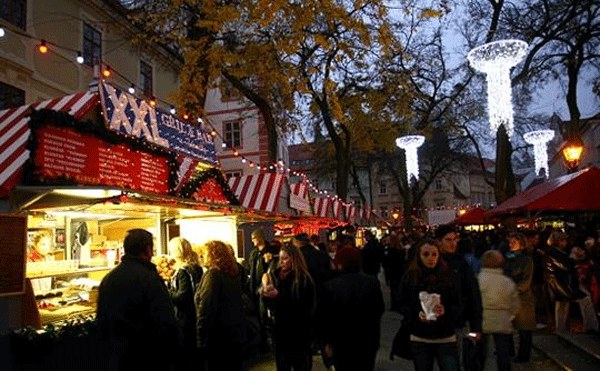 You will find a little bit from every corner of Slovakia. Typical for the east of Slovakia are „makove sulance“ (sweet dumplings with poppy), the central Slovakia is represented by bryndzove halusky (potato dumplings with sheep-cheese) and west part of Slovakia offers wine from the city of Limbach. 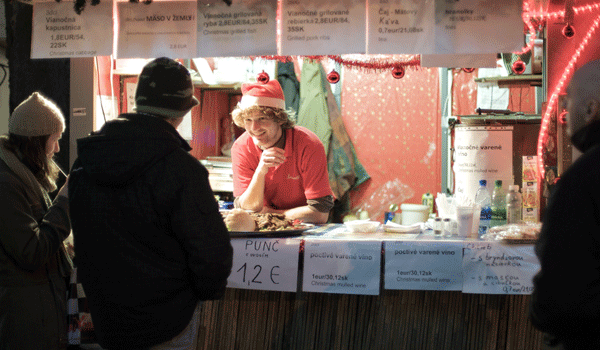 The market takes place in Bratislava’s Hlavné námestie (Main Square), which can trace its history back to the 13th century. This is the home of some of the most precious and best-known historical monuments in Bratislava: old buildings, like Stará radnica (Old Town Hall); palaces, like the Apponyi Palace; and also the dominant Roland Fountain (or Maximilian Fountain). Don’t think that history lacks entertainment. Café Mayer is housed at no. 4 in the former Jeszenák Palace. 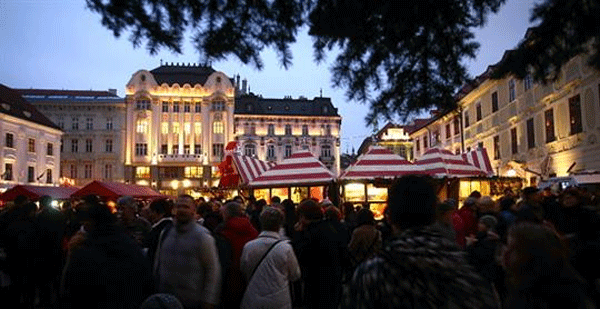