Probably Europe’s oldest festival of its kind, the Ljubljana Gay and Lesbian Film Festival has been around for over 25 years, and it is one of the most popular events of the Fall in Slovenia. The festival was originally launched in 1984 within the Magnus Festival, and since it features screenings of gay and lesbian films from all over the world at the Slovenska Kinoteka in Ljubljana. Unlike other events of this kind, the festival is not a competition. It follows another popular film festival – LIFFe, the 21st Ljubljana International Film Festival, that runs in Ljubljana and Maribor since November 10, and ends November 21. LIFFe’s 2010 programme includes 119 films, 21 of which are short films; 24 films will be screened in Maribor.

The Ljubljana Gay and Lesbian Film Festival 2010 will begin November 27 to December 5. The programme of the festival features films by gay and lesbian filmmakers and other films dealing with themes related to homosexuality. Films screened at the festival are meant to promote tolerance and awareness, and the festival fits well in Ljubljana’s gay and lesbian friendly scenery. In fact, the city was at the forefront of the gay and lesbian movement in Eastern Europe during the mid-1980s, and it still keeps an active role in the GLBT community. 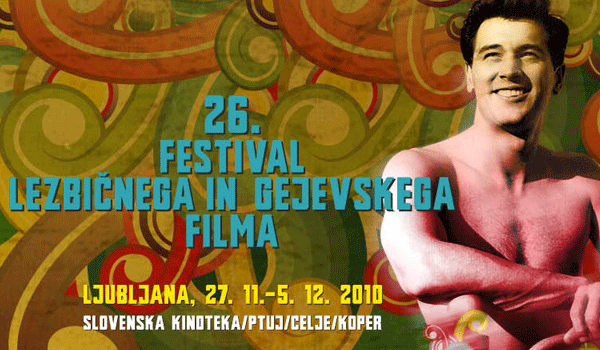 The Gay and Lesbian Film Festival is organized by the Roza Club Ljubljana, part of the ŠKUC Association, with financial support from the Ljubljana Urban Municipality, the Slovene Office of Youth Affairs, ŠKUC-Magnus and the British Council Slovenia.