Which Nations Are the Biggest Animal Lovers?

The UK was buoyed last week by the arrival of two very cuddly and very welcome visitors. Tian Tian and Yang Guang, two giant Pandas arrived on a flight from China on the 4th of December, ready for a new life in Edinburgh zoo, Scotland. The fanfare around the arrival of these two highly fashionable additions to the zoos repertoire was immense, with news channels closely following their ceremonious delivery, while huge crowds are expected in the Scottish capital upon the grand unveiling. 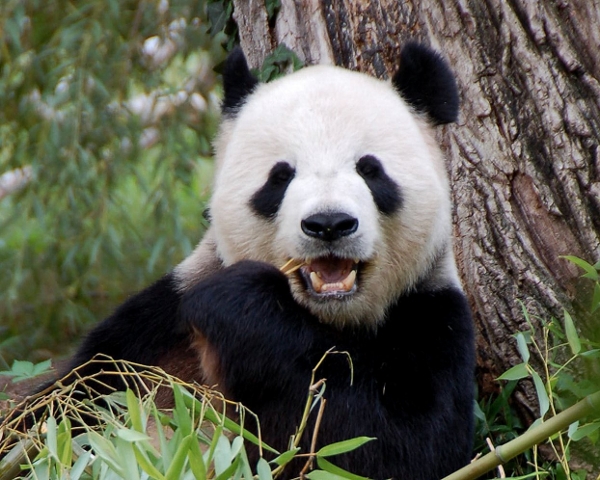 Although it is rare to possess such animals in captivity, the buzz in the UK upon receipt of the Pandas illustrated what a nation of animal lovers they really are. It is a stereotype often applied to British residents and the celebratory vibe surrounding what became a national event certainly satisfies that stereotype, but how true is it? Other nations will claim to have an equal or greater penchant for our four-legged friends, but can the amount that a whole nation cherishes animals really be measured? Here is a rough estimation of the world’s biggest animal loving nations;

Let’s start with the country that’s perceived to have a high percentage of animal lovers. The statistics certainly indicate that Brits have a special relationship with pets, with 27 million pets being owned across the country, meaning 43% of households own some kind of pet. The most popular pets are by far and away Dogs and Cat respectively, and with ownership increasing, the UK shows no sign of ending its love affair with domestic animals. The widespread condemnation of the use of certain animals for food in South Korea and France for example also demonstrates Brit’s protective attitude, not just towards domestic pets but all members of the animal kingdom.

No list of animal-loving countries would be complete without India. This highly religious country coverts certain animals, worshiping them as gods, animals given deity-like status in India include dogs, Elephants, Snakes , Cattle, and particularly, pigs. Muslim populations, which there are a high percentage of in India are in fact forbidden from eating pork because it is considered ‘unclean’. In an ultimate display of love for animals, a nine year-old Indian girl reportedly married a dog in 2003.

If you thought ownership was high in the UK, take a look at the aussies; while the actual amount of pets in the country is less than half the UK at around 12 million, there are far more pets ‘per-household’ with over two thirds of the households here owning at least one pet. The variety of wildlife in Australia is also far greater than Britain, with native Koala Bears, Kangaroos, Dingos and Alligators, although these are occasionally hunted for food.

Zoos are excellent places to see a wide range of species up close and personal, but it could be argued that keeping animals in a such states of captivity for prolonged periods of time is inhumane. In South Africa, as with many other African countries, hundreds of thousands of people flock from all over the world to catch a glimpse of the native wildlife, but unlike most other countries, Lions, Elephants, Rhinos and Cheetahs are allowed to roam free, as nature intended, meaning South Africa can stake a claim as a genuinely animal-loving country. 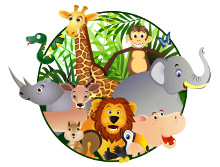 When it comes to animals, Thailand is all about Elephants, and it’s these majestic, docile beasts that attract so many young backpackers to the country. Thailand is big on Elephant care groups, and sanctuaries in the country run projects whereby tourists can live and work with baby Elephants that have been neglected and abused, helping to feed and wash them, preparing them for eventual release back into the wild.

All of these five countries clearly have a strong affinity with the animal kingdom in one way or another, but it is clearly the UK that has the strongest bond; indicated by such things as the social stigma surrounding the slaughtering of certain animals for food, and the fact that fox-hunting has been banned.

Joe is an animal lover from the UK and is not biased in any way! He’ll be looking forward to seeing how the Italians like their animals when he stays in various Venice hotels and Rome hotels when he goes to Italy on business next year.

Joe is a web editor and travel blogger from the UK. Combining these two passions can often be tricky, but he's almost always online, even in the depths of a Thai jungle or in the middle of the Atlantic Ocean. Joe has just started a new travel blog, Total Travel Blog, please bare with him while he gets it up and running! You can contact Joe on Twitter @backpack_joe

Campspot Publishes the Top Outdoor Travel Trends for 2023
Ideas to Make the Most of Your Visit to Phuket
Trends Say Americans Guarded Over Travel 2022
27 Inspirational Travel Quotes to Fire Up Your 2022 Travel Bug
Previous: Non-traditional Lodging Brings an Alternative Twist to Travel
Next: A Very Cultural Christmas – Fantastic European Xmas Trips For Schools