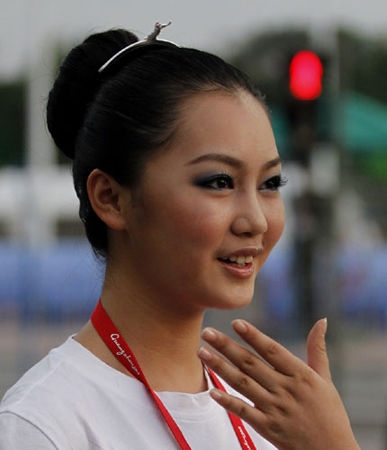 In news from Guangyhou, Chinese Premier Wen Jiabao attends the opening ceremonies of this year’s Asian Games being held there. Some 10,000 athlete and over 5,000 officials from 45 countries gathered in the picturesque setting for the 16th successive competitions. Accordingly, Reuters and other outlets are reporting tightening security measures there.

Security teams from around China, including Navy divers and other military units, have been assigned to ensure a safe and incident free games. These highly anticipated athletic games promise to be on a par with Beijing’s Olympic contests where organization and pageantry are concerned.

IOC President Jacques Rogue arrived yesterday along with a great number of International sports figures over the last several days. 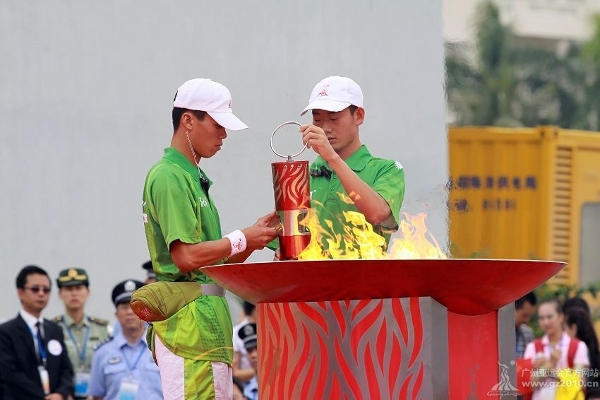 A change in procedure to accommodate Premier Jiabao’s attendance, was to shift the ceremonies to an Island in the Pearl River, rather than confining the Premier to the stadium. According to the reports coming in, this river borne festival will be the largest lighting show yet held, and will prominently feature Lingnan cultural elements.

Film star Zhang Ziyi and other world-renowned artists are scheduled to perform at the highly anticipated ceremonies. A convoy of pleasure boats is scheduled to ferry the athletes past onlookers for what is surely a highlight of China’s Fall events calendar. Competition begins tomorrow, but today over 130,000 police officers walk about to ensure a smooth start to the games. 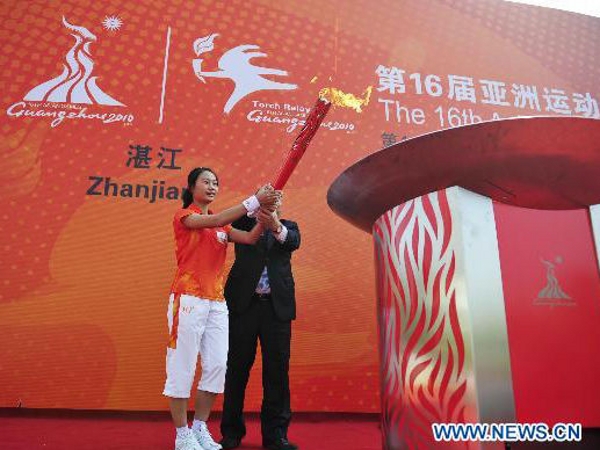 Among the many many thousands of spectators, some 10,000 reporters and photographers are also expected. Meanwhile, on a more individual level, volunteers like Ding Ling (above left), Miss Etiquette for these games, strive to show the true hospitable face of China.  We will keep you updated with the stories and images of the games as they progresses.

Campspot Publishes the Top Outdoor Travel Trends for 2023
Ideas to Make the Most of Your Visit to Phuket
Trends Say Americans Guarded Over Travel 2022
27 Inspirational Travel Quotes to Fire Up Your 2022 Travel Bug
Previous: India’s Chhath Puja Festival 2010 Winds Up
Next: Gordon Ramsay’s Savoy Grill to Reopen with a Relaxed Dress Code