Armenia has been recently placed on the list of three leading countries in the nomination of adventure tourism, compiled by The National Geographic Traveler, the Arka News Agency reported. This increases Armenia’s appeal with foreign tourists, and gives the country a well deserved boost on the international tourism market. 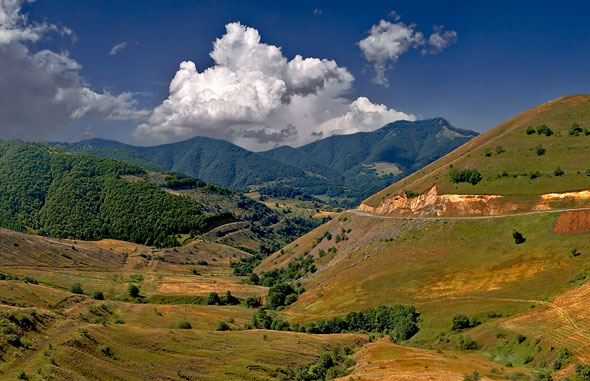 The National Competitiveness Foundation of Armenia (NCFA) hopes that the mention in such a prestigious travel magazine will increase the flux of tourists in the country. Before this mention, the Armenian tourism was already seeing significant improvement, with an increase in tourists by more than 15% for January-June 2011 compared to the same period in 2010. The foundation said that 266,155 people visited Armenia in the first six months of the year. Adventure tourism could boost, even double the number next year, if Armenia plays its cards right.

According to Armenia Now, the NCFA has set tourism as the body’s priority and keeps this industry in the center of its attention. The foundation already implemented a series of programs that will create a better hiking infrastructure in some southern parts of the country; Zangezur Paths being one of them. There is also a project of transforming Mozrov Cave into a tourist destination. Last, but not least, the country has now an international mountaineering festival, organized by the NCFA together with the “Zhayrern I Ver” Club.

The National Competitiveness Foundation of Armenia (NCFA) also reported that the best places for climbing in Armenia are the gorges of Garni, the Arpa river and Noravank. Aside climbing, other adventure travel opportunities in the country include hiking, trekking, skiing, mountain biking, cycling, horse riding and much more.