Yet Another JAT Airways Merger/Rescue Deal

In a move to ensure Serbia has a national air carrier, the government there is proposing making money loser JAT Airways into a debt free and more updated version of itself. Freeing up the beleaguered airline of debt and leasing new EADS Airbuses would guarantee a rejuvenated national airline. At least this is what Serbia’s leaders envision. However, this could be just another grasping at straws for Serbia’s national carrier. 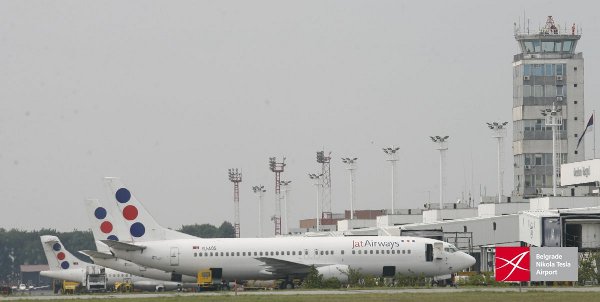 JAT, and some other Balkans airlines have been in the “soup” for some time, this is widely known. Just how the Serbian carrier intended to emerge profitable being highly speculative before, it now seems clear some combination of governmental bailout and possible merger are in the wind. Reports have it that JAT may merge or partner with an airline such as UAE’s Etihad, or possibly another Middle Eastern carrier with mutually beneficial concerns. On that line of thinking, the UAE is searching for a deal with Serbia farms to bolster their food production. Such potentialities being both logical and interesting, as we look at international commerce of the sort.

Aside trading food for airbuses, which the aforementioned deal may end up being about, JAT Airways seems to be in the middle of a bit of governmental PR and hype playing. Not too many days ago ministers went so far as to announce a “non-deal” with none other than AirAsia CEO and billionaire Tony Fernandes. That supposed deal would see Belgrade become some sort of hub for AirAsia Europe-Malaysia traffic connect. Fernandes flatly denied the assertion almost immediately after it was announced.

For Serbia’s part, Minister of Finance and Economy Mladjan Dinkic has made something of a habit of announcing monumental deals that never took place. Given he put Belgrade and Istabul in a similar deal back in 2010,  the AirAsia disappearing act, failed privatization, Serbian mystery business investors, and so on, JAT has to be seen as having credibility and credit problems. Despite news that record numbers of fliers are boarding JAT aircraft, the company has not posted a financial report on their website in nearly three years.

The bottom line for JAT and other Balkans airlines is well set in stone. With fuel at a premium, low cost airlines stealing passengers, and a market that is very localized, Serbia and other nations in the region desperately need some investor to come in on a white horse. Airspace has flatly gotten too competitive for many of the airlines to stay afloat. As for a merger of airlines within the former Yugoslav sphere, history fairly well negates and possibility there, though this would be the ideal solution for locals.

We will keep you appraised of the situation for JAT.