Politics should never play so significant a role in the business of travel and tourism, but it does. PR moves should also be really transparent, but they seldom are. And massively powerful ideas should always come to fruition, but they often don’t. A recent outreach to Airbnb reveals a lot about the future of digital communication and success, and about how NOT TO treat great ideas. 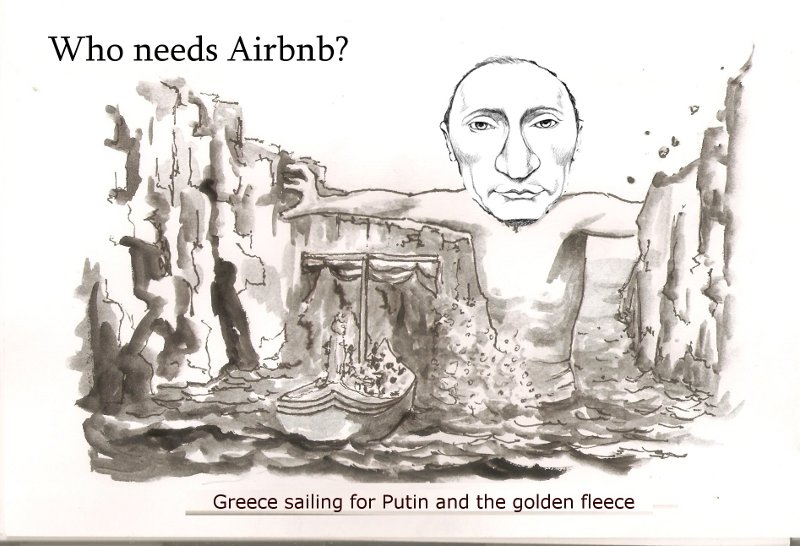 Post update: After having completed with story last week, I received another message from Airbnb PR. The gist was, “Can you tell a bit more about what you had in mind for Airbnb specifically?” The note reiterated the lack of “resources”, so I replied. That was last week, so I gave it five more days, and got no response to me further explanation. In fairness, want to reiterate the story as it happens.

Filoxenia – For the Love of Foreigners

A couple of years ago my team traveled to Crete, to vacation, and to meet some key business associates. We all became so enamored with the place, friends their now refer to us as honorary citizens. I mention Crete because the island is emblematic of hospitality, friendliness, and transparent kindness. Filoxenia, a term that means “lover of strangers”, is something visitors to the island feel always. It is this characteristic that permeates the villages and landscapes of Crete. It is also the reason we decided to film a documentary there this Summer. 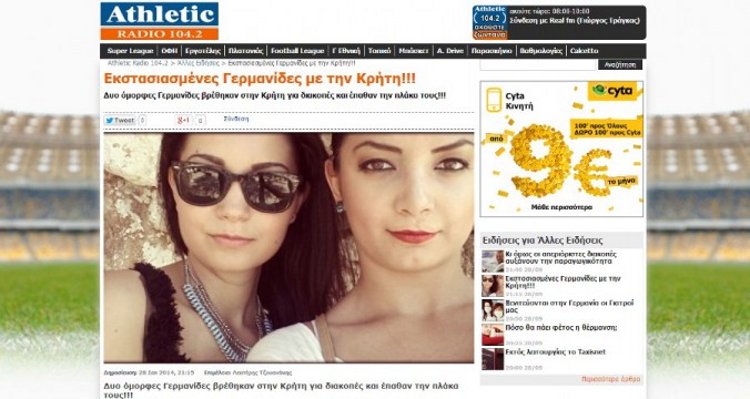 The last time we did a free promotion on Crete, two friends from the UK made a huge splash in Greek press.

Before I go on, it will help the reader to know my politics, at least my political stance for the last three years. Speaking frankly, I may just be the most prolific moderator of Russia’s policies who speaks English. Not one of my friends, no one who Googles me, no anyone who sees my Facebook profile can miss this. My reasons for defending Russians matter less, than my full transparency in revealing this always.

So that said, the reader does not have to agree with my politics, in order to form an opinion on good or bad PR, correct communications, or even what kinds of companies he or she wants to do business with. So, understanding I am taking a moderate Russia view, you will more easily understand the story I am about to tell you. 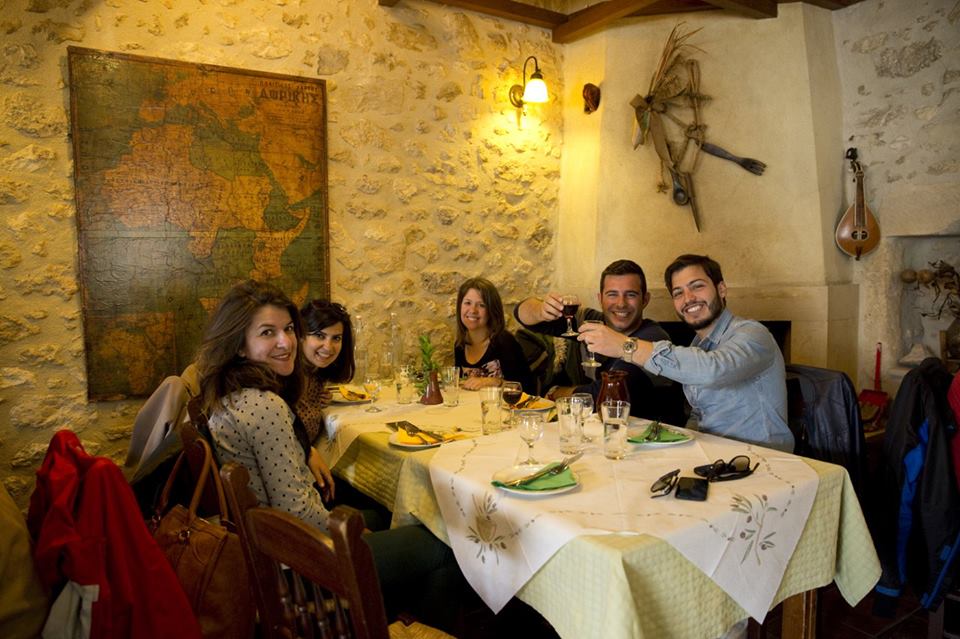 In the village of Goules, in the heart of Crete, the friendliest people on this world. (March 2014) My American photographer pal snaps away at strangers

Friendship Is the Way

The world is in a mess. Ordinary people are caught in a geo-political maelstrom. In my vast experience reporting and analyzing the détente of the last three years, I have made one irrefutable discovery. People, no matter what language they speak, do not want to hate, they do not want war, and they really and truly want the same peaceful future. Of course this does not include psychopaths, terrorists, corporate lawyers or the banker elites. The bus driver and the elementary school teacher, the grocer and the hotel manager, and the tour guide, they  all want to get along. So I decided to invite to the friendliest place on Earth, people from all walks and an array of nations, to be part of a friendship story.

The theme, “For the Love of Strangers” as an opening credit, it may be modified or changed before we even start shooting this story, but good people smiling and enjoying being alive together, in an honest to God paradise, this is to be the theme of the upcoming documentary. My thinking has always been; “If we all are so friendly, then why can’t our governments be?” This is what I see, communicating all day long in social media and over the airwaves. It is also a teaching rubric I know we can prove out.

Anyhow, Russia’s best TV people are willing. Crete’s hotels and villas are willing. Some of Europe’s most read travel publications are willing. Tourism ministries are willing. And my team is willing to donate our time again. So how come Airbnb cannot so much as tip a touristic beach hat at free publicity?

The story of Airbnb’s horrible PR on this initiative goes something like this.

About 10 days (two weeks  now) ago I Tweeted, messaged on Facebook, and Emailed various connective people at Airbnb to try and present the idea of a documentary focused on one or more of their hosts we met while on Crete, and via their service. Surprisingly, nobody even took the time to Tweet “what”, let alone answer an Email. I became curious, no because Airbnb’s super-duper marketing guru Jonathan Mindenhall @Mildenhall, formerly of Coca Cola fame failed to answer a Tweet, but because not even the company’s PR people saw fit to answer. “Busy”, I thought. So, I revisited Twitter to contact the “official help” Tweeps @AirbnbHelp. Since I am on Airbnb, and since I have contacted a bunch of people with rentals over the years via the platform, I figured they would at least answer a question.

As it turned out, the social media team covering this profile was the most professional of all (so far). Emails to Airbnb Partnerships Germany must have gone to SPAM, for all I knew. Then a week later I get an official email from someone in the public relations department of Airbnb thanking me for such a great idea, and telling me Airbnb did not have “the appropriate resources to support my idea at the moment”. I returned the lady’s mail stating we did not really need money from Airbnb, but only that we wanted to cross promote the brand. I thought it was a pretty straightforward proposal. 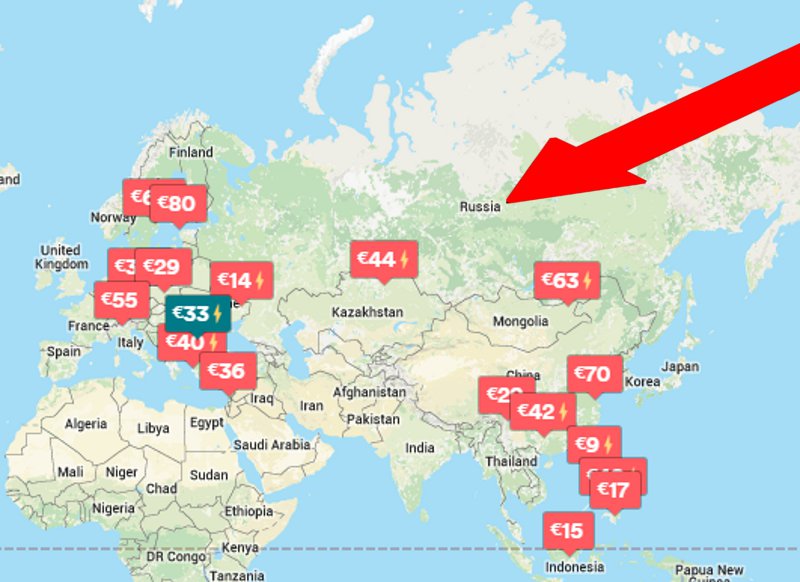 In case you failed to notice Airbnb – Russia, the big ass country with the few Airbnb listings! Doh.

As of this writing, 24 hours more has past with no response to “free publicity”. I hope the reader understands too, we do not need Airbnb’s permission to mention the company name, our host books guests through their service, it is a matter of public record, a fact, a given, period. I was trained to try and achieve a “win-win” any time I can. For me there simply has to be something going on behind the scenes. Not too long ago I told one of our authors to do a Russian accommodations roundup so I could help Eastern European resorts get some notice, one or more of the rentals in the piece were Airbnb listings in Russia. This is what gave me the “win-win” notion for the Greece documentary. Russia is, after all, the perfect home or apartment rental prospect for companies like Airbnb, since many accommodations there are pensions and privately owned properties. Language barrier aside, and the investors are Airbnb could only profit from expanded presence there. Or so I thought.

Like always, I am going to be out front and candid here. Airbnb takes the track of 1000 startups I have covered over the years. The company floats on millions invested, and churns along fortune telling on revenue growth. Yes, they really pissed me off, but this only means I will look at them much more closely from now on. I take this track because of what the PR lady wrote me, “lack of resources” for me, indicates Airbnb is broke. I prefer this to believing all San Francisco people are liberal maniac like Hillary Clinton, and that the company just does not like Russians. How’s that for crispy transparency? I am thinking Airbnb is trying to snooker investors, or the founders are Hillary Clinton puppeteers waiting another chance to ultra-liberalize America… Yes, I do know enough Silicon Valley types; I have the emails to prove their “existentialism” above reality. But could the wonder vacation company really be out of dough?

This Fortune article hints at Airbnb blowing smoke about actual earnings. Looking at Airbnb’s funding since 2011, it is not a stretch to assume the company may be bleeding cash. The Fortune piece goes on to project how Airbnb needs to expand from owning 1% of the global rooms available, to owning 10% o f them in order to be successful. This causes me even more puzzlement, for my intentions were to help Russians with rooms, to better connect with a company ostensibly focused on helping them to let them. Right now I’ve no inclination to show all this in detail. And as for disliking Russians, I could be wrong about Californian tech investors being “oh so” liberal, maybe all those billionaires are just chicken to tread where Washington dares not? All I really know for sure is, Airbnb screwed up with this PR “pooh pooh” – I’ll never recommend or use their services again. And if I don’t, hardly anyone I ever know or come in contact with will either. People are what makes Airbnb even possible, and as far as I can see they are on the familiar “Tiki Party” I witness back at the dawn of Web 2. 0. 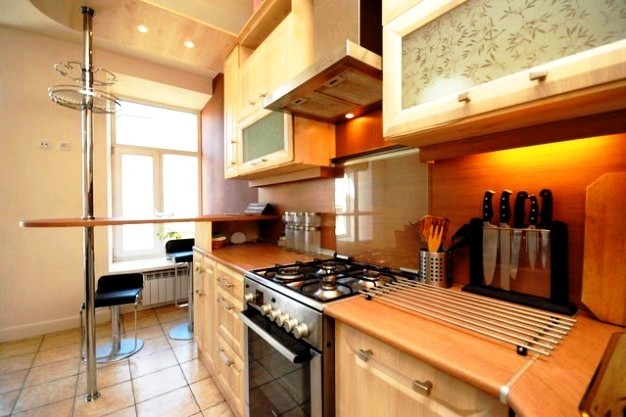 An elegant HomeAway listing in the middle of St. Petersburg, Russia (White Nights coming up!!!)

Some experts claim Airbnb will finally turn a profit this year. Woo! Hoo! I say. Billions thrown into a company that cannot even recognize “free” publicity and support, it seems like fluff to boost an IPO to me. But then again my ire may have been kindled out of disconnectedness in the Airbnb organizational mix. Maybe Russia is a huge market for Airbnb? Maybe co-founder Nathan Blecharczyk telling BBC about his company being fueled by “personal connections”, and his insinuation the company wants to help “hosts” be tour guides and travel aids is a valid business plan! Could it be that my team’s desire to showcase just such a “guide-host” in Crete, for an under-served market is just what Airbnb needs?

Nah. I think their marketing boss likes Hillary and he knows I cannot stand her. Either that or Russia is just “hands off” for companies with investors . Yeah, I don’t like Silicon Valley either. Maybe I need a PR guru, or a hidden agenda, perhaps. Right now all I can say good about Airbnb is that their “help” desk people are very nice and very responsive. As for their PR and marketing people, I’d start reorganizing. For Russian travelers and hosts, maybe looking at Expedia’s “HomeAway” is an option (see above St. Petersburg apartment)? I will devote a section of our news to rentals around Eastern Europe now, thanks for the prod Airbnb, you guys could use a concierge.

Freshwater “Miracles” of Crete Island
Crete is Becoming a Top Winter Refuge and Remote Working Destination
Can Airbnb Continue to Expand as Before?
The Keftiu: Were They Absorbed and Erased from History?
Previous: Russians Spend Billions at Greece Duty Free Shops
Next: Azerbaijan and Dagestan Pave “Green Corridor” for Russians