One of the many postcard views from Grand Hotel Vesuvio

Napoli (Naples), or Neapolis in the Ancient Greek (“new city”). There’s hardly anyone who has not known the name of one of Italy’s most fantastic destinations. One of the oldest continuously inhabited cities on Earth, what was a Bronze Age center of trade, is today a metropolis of unique character. The mix of antiquity and modernity here, and the special character of the people, really make the place adorable, and a value too.

For the traveler whose heard of the wonderful piazzas, palaces and castles of this seaside wonder, finding value in a hotel seems like a bright idea too. After all, visitors tend to want to spend their money in the markets and shops, Napoli is a spectacular place to shop too. So, as your “home away from home” while visiting, we offer some suggestions nearby the best places to see and do. Interspersed with images and brief descriptions of some of Napoli’s great attractions, there’s pics and info on three and four star hospitality below. 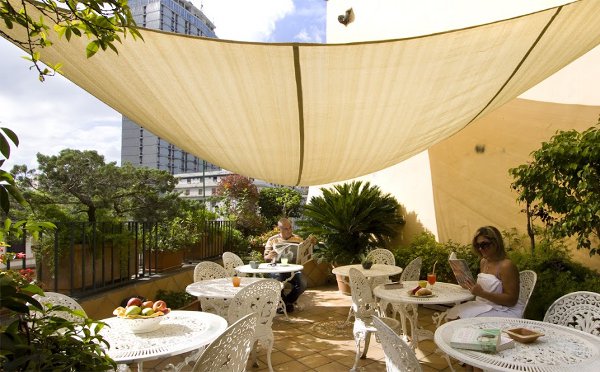 Situated in shouting distance of Basilica of Santa Chiara and many other Napoli landmarks, this classy older hotel offers one of the best values in the center of the city. The hotel is also a few steps from the Opera House ‘Teatro San Carlo’, and close to the Greek-Roman Naples too. Here guests get all the customary four star offerings like Wifi, laundry service and etc., but at prices only two star hotels usually offer. Four days and three nights here on short notice booking online is only € 288.00.

The video below previews what visitors to Napoli can take in at Teatro San Carlo in 2013.

Another value proposition not far from Teatro San Carlo is this luxury hotel for tightened purse strings. Here guests also get such customary amenities as Air-conditioning, a Bar, Free WiFi, Free breakfast, a Laundry, paid parking, and room service affordably priced. The reviews via Google Plus speak the same language we are basically. 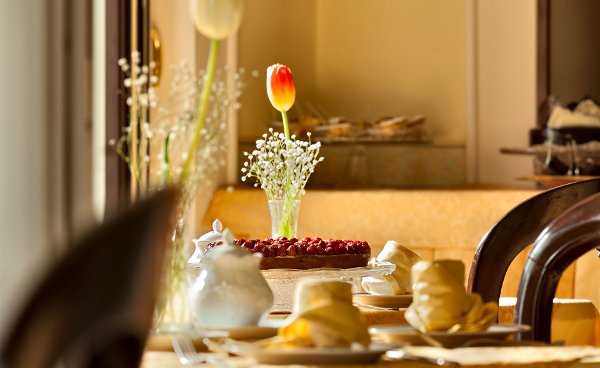 Exquisitely decorated, this old world, yet strangely eclectic and modern stay offers a bit of style guests won’t forget at these prices. Each room is thematic of artists from Klee to van Gogh, with superb bathrooms, marble floors, and big four poster beds. Booking here on short notice the “classic double” you see below is price tagged at €402 euro for three nights. 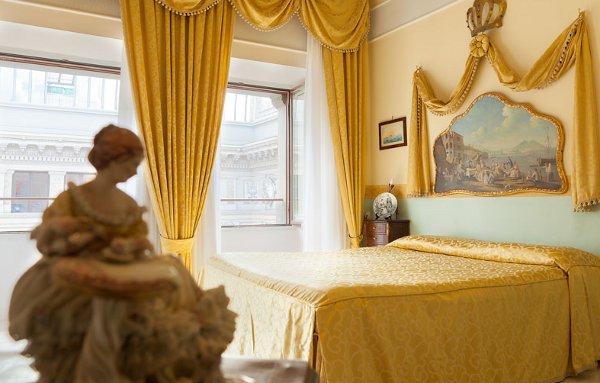 Situated right near the Duomo of Naples along Via Nuevo Marina, this modern four star is for those seeking crisp starched sheets and pillow cases, in a more contemporary atmosphere. The H2C Hotel Milanofiori at Assago is an stylishly designed to suite either business of leisure travelers. In the city center at the new urban district of Milanofiori Nord, travelers will find all the typical luxury suspects here too. 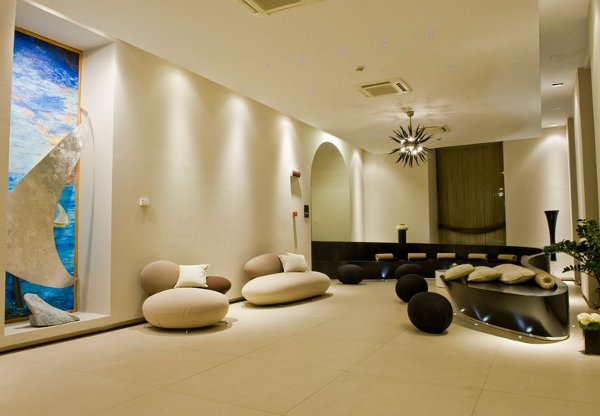 Here, three nights was a bit farther out, as the hotel is booked for many dates in February and March. We did find March lodging here at a total of €342 euro for a stay in early March in a classic room.  Not bad at all for a four star close enough to the harbor to skip stones on the water. 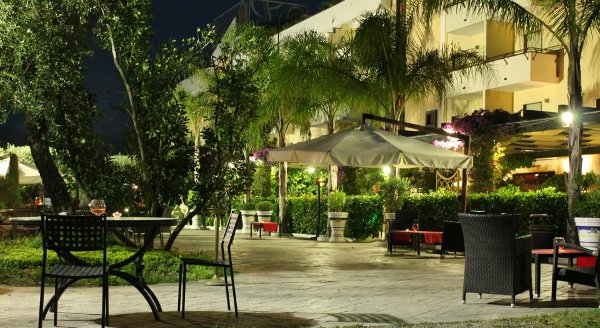 For those wanting to save ALL their money for shopping beneath the volcano, this Pompei hotel may not be in the center of Napoli, but it’s a charming four star with a lot less noisy backdrop. With double rooms starting at €39 euro a night, even modest budgets will be able to afford a carload of extra take home goodies from the city. Best of all, here you are in Pompei. The forum and amphitheater of the famous city buried beneath the ash of Vesuvius (below) is a short walk from this hotel. 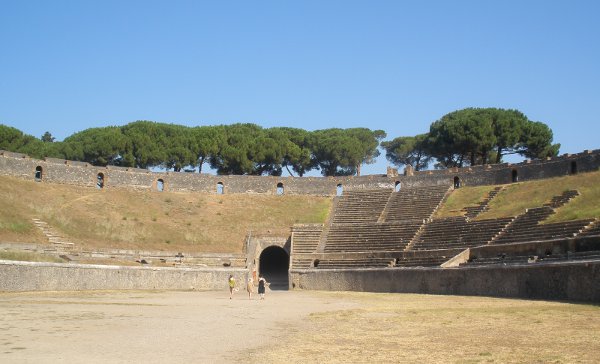 So you have discriminating tastes, or maybe you just want to experience some five star Napoli love for once in a lifetime? Whatever your reasoning this hotel situated on the bay facing Capri is an 1882 classic renovated to provide ultimate creature comforts for today’s luxury traveler. Hotel Vesuvio is also one of the Leading Hotels of the World. 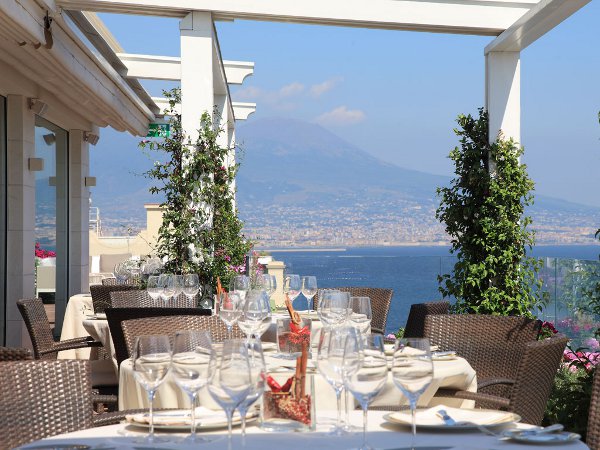 One of the many postcard views from Grand Hotel Vesuvio

Is the image above what you’d expect? The hotel has nothing but rave reviews too. The image below (of our room – kidding) shows off more luxuriant value overlooking one of the world’s true wonders. And the prices? The same three nights, only in with a King room at a true five star is €750 euro. The list of amenities at this marvelous bay hotel is quite extensive, but I list them all at this report’s end, just to show. Let me tell you, if you transport this hotel to Paris, for instance, expect to eat bologna sandwiches and take home zilch for the same money. 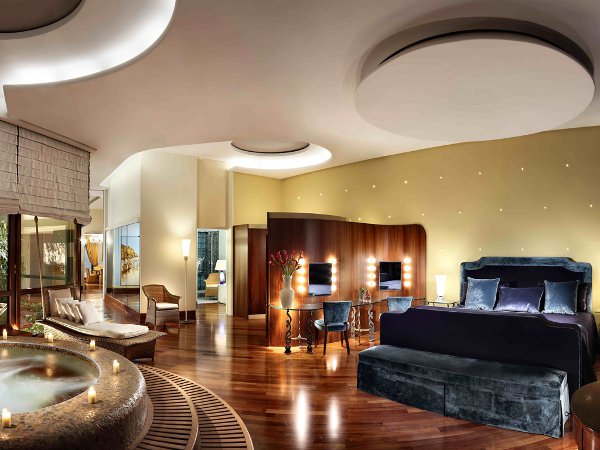 Campspot Publishes the Top Outdoor Travel Trends for 2023
Ideas to Make the Most of Your Visit to Phuket
Trends Say Americans Guarded Over Travel 2022
27 Inspirational Travel Quotes to Fire Up Your 2022 Travel Bug
Previous: Hungary Becomes Magnet For Russian Tourists
Next: UK: Mobile Web Browsing Up to 27.1% in Travel