2010 Travel Figures – To Russia With Love

Heathrow loves Russia for departures Heathrow departures according to BAA rival all other destinations.

In news from London, BAA reports that during September Heathrow airport saw the largest year to year increase in passenger traffic since 2004. All toll, over 6 million people departed from the airport, an almost 8 % increase over 2009’s figures. A resurgence in long haul air traffic is thought to have affected traffic numbers.

This welcome news mirrored an overall positive outlook, at least for the UK, in light of not only the suggested resurgence, but via the upcoming Olympics of 2012. The overall picture for UK travel is surely positive given BAA’s outbound figures. British Foreign Secretary William Hague also pledged further support for increasing the connections which in part help increase long haul numbers.  Heathrow’s BRIC routes reveal the most significant regional metrics. 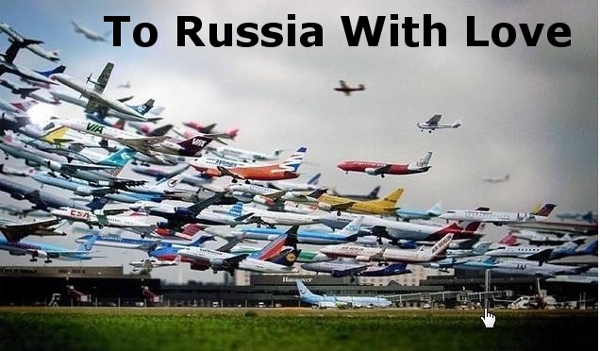 In other pertinent news, the announcement of year round Glasgow to Prague service further indicates the voracity with which Eastern Europe seems to be gobbling up tourism and travel.  For those who don’t know already, Glasgow is Scotland’s busiest airport, some 8 million passengers use those services each year.

Taking a look at Estonia, as Eastern Europe’s fastest growing travel destination, foreign travelers alone were up over 13% over 2009 as of June.  The overall picture for emerging Europe regions, compared to Western Europe numbers, is actually an inverse proposition, as indicated in the chart below of 2009 from the latest European Travel Commission report. 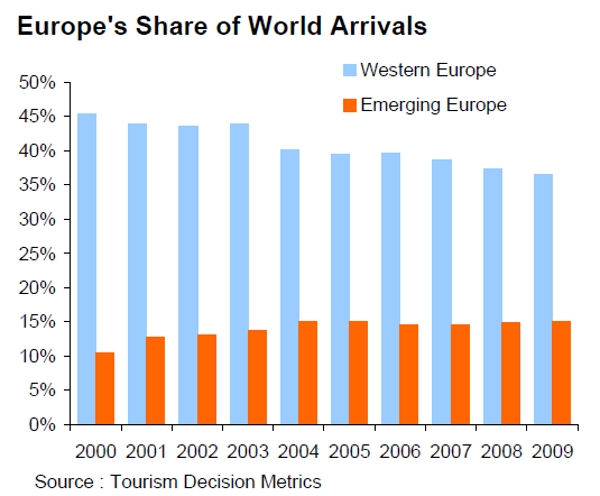 As Western Europe declined slightly, East Europe was up

Even more decidedly, looking at hotel occupancy for all of Europe, clearly the emerging East is paced to out perform all other regions – and is even on pace to compete with the Asia market. As far as politics and events that fuel tourism, it is also clear that Eastern Europe is serious about welcoming the world. Only recently Russian Prime Minister Vladimir Putin headed to Zurich to make another bid – this time for the 2018 FIFA World Cup. Putin, the rest of the leaders in these regions, are definitely going proactive where tourism is concerned. 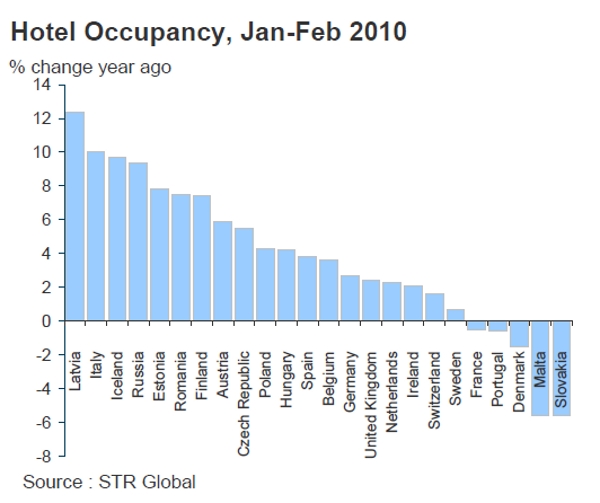 Clearly, tourism to the East is on the rise

In conclusion, the trend in economic growth for Europe seems to coincide with that of travel. Already, 2010 begins to look like the year Eastern Europe’s states made their play for shares in the world tourism market. Interestingly too, travel from the United States to East Europe has not even been factored really. North American inbound traffic is actually at an all time low to the region when compared to the rest of the continent.

Even more decidedly, it is paramount to understand that almost all traffic to the region comes from either withing European borders or Asian ones. Eastern Europe, all things considered, is probably the fastest growing and most potentially forward travel market in the world.