Zira Island eco development off Baku in the Caspian

News from Azerbaijan continues to spotlight one of the world’s fastest growing and most prosperous countries. The country’s capital, Baku, is at the center of what is a huge transportation infrastructure buildup. Rail, road, air traffic, even a new port on the Caspian, Azerbaijan is on the move – and fast.

While Azerbaijan’s tourism lags behind the country’s booming industrial might, it will surely catch up soon. For those not familiar with the country and her people, Azerbaijan is one of the most beautiful places on Earth, the culture being a fascinating mix of Asian and European influences – with a touch of Russian tossed in for good measure.

Situated on the Caspian Sea, with a moderate climate, it is a jewel of the Caucasus Region, undeniably. So the reader knows too, massive oil reserves have spurred growth in every sector of this fantastic country. Development throughout Azerbaijan is progressing at a breakneck pace actually. From eco-tourism to the more visible infrastructure and industry projects, clearly this is a country getting ready to welcome the world. 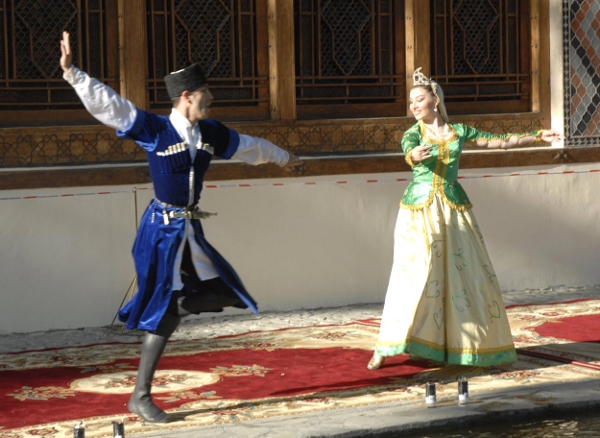 For those interested in either travel to Azerbaijan for pleasure, investment opportunities, or for developing travel and tourism networks there, the 2011 Ajerbaijan International Travel & Tourism Fair (Aitf 2011) will host the world April 28-30. The fair is supported by the Ministry of Culture & Tourism, The World Tourism Organization (UNWTO), the Azerbaijan Tourism Association, and the National Confederation of Entrepreneurs (Employers’) Organization, among many others.

For a little taste of Azerbaijan’s forward thinking and progressive innovation, as well as making headway in the tourism realm, one glance at the “carbon neutral” Zira Island development (below) is proof positive. 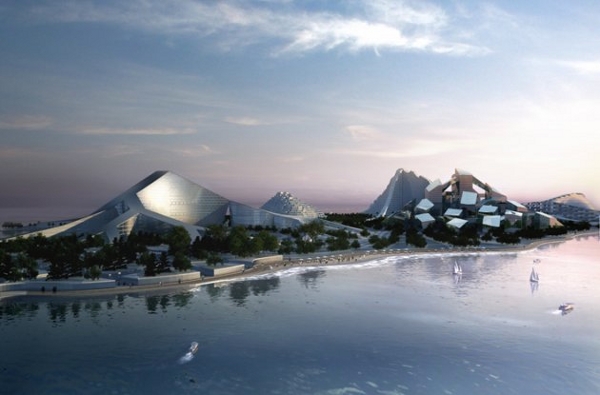 Zira Island eco development off Baku in the Caspian

Curring edge technology and urban planning (as below via BIG Architects who are designing Zira), to maintaining the cultural and heritage rich tradition of Azerbaijan, this is a country truly in transition.

A model for the future of urban living

At the other end of the tourism spectrum, up North in Azerbaijan’s mountains, the Ministry of Culture and Tourism has taken on the task of building a world class alpine ski resort called Shahdag. The incredible Caucasus, particularly Shahdag peak (4243 m), will be the backdrop for 10 lifts, 17 slopes, an immense Summer and Winter mountain playground amid some of the world’s most breathtaking mountains. This development seems to be directly under the wing of President Ilham Aliyev too. The image below gives a little perspective as to resort tourism at the roof of the Caucasus. 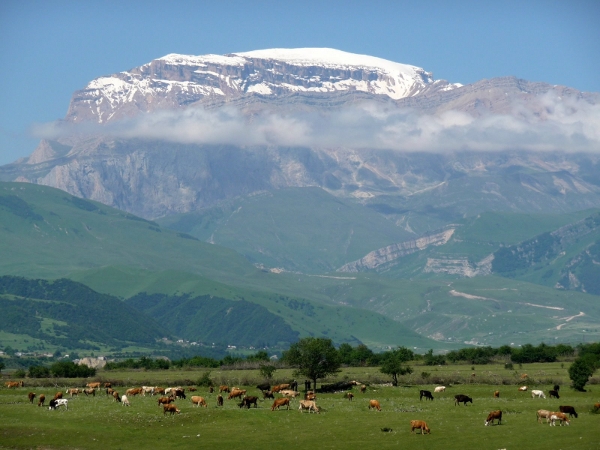 Shahdag Mountain, atop which Azerbaijan's new alpine resort will sit