A “Story Experience” at Angleterre Hotel

In a world full of hospitality choices, amid a hotel landscape where everywhere feels like the same place, it is not easy to find a truly unique experience. In fact “unique” is more often than not simply a buzz word. For the true adventurer, the traveler intent on a bare bones approach to tourism, there is of course variety. But for those seeking comfort and differentiation, “unique” is a rarity.

A recent visit to St. Petersburg by my colleague at “Our Russia” magazine actually found such an exclusive gem last week. On a business trip to St. Petersburg last week, a stay at the Angleterre Hotel ended up in a full scale interview and hotel review, though this was not her original mission. This is what you are about to read.

If you are a traveler reading this, it’s a safe bet you have looked or are looking for something positively new, something that at least offers a temporary fantasy stay or visitation. Chances are that “special” story you are hunting for does not involve yet another Starbucks coffee shop or FRIDAY’S as main attractions of a hotel stay. So it was, when Olga Malik headed to St. Petersburg to interview a Russian ballet legend, Artist of Russia, Nikolay Tsiskaridze (below), that the term “fantastic” not only applies to a legendary artist, but to Russian hospitality too. 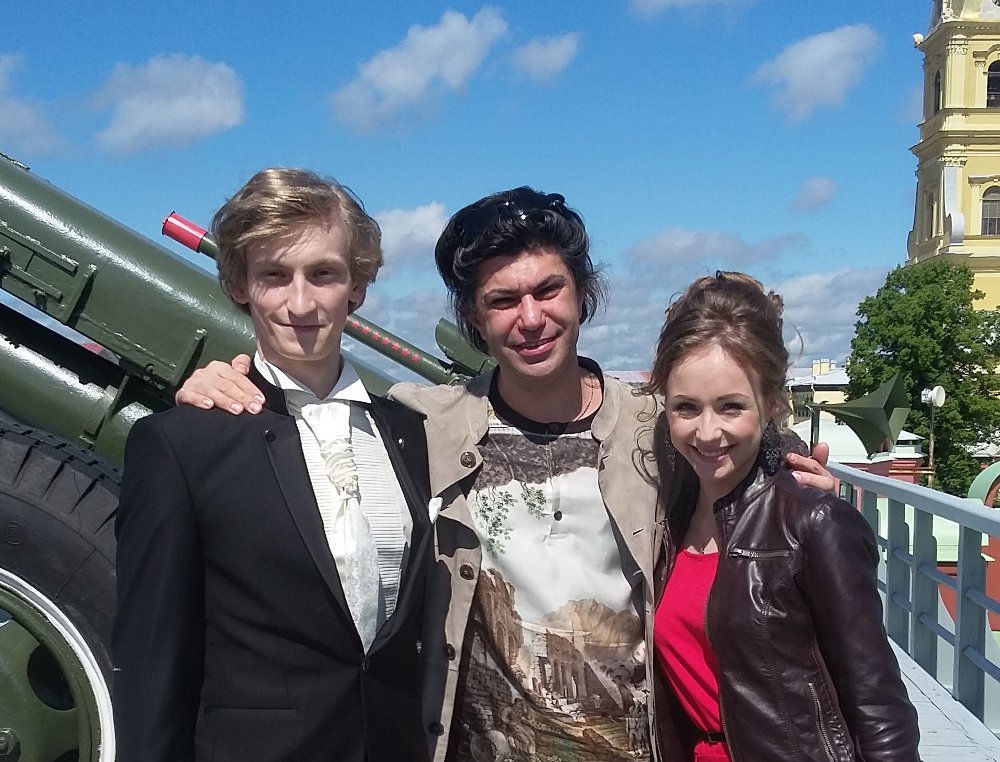 Nikolai Tsiskaridze with his best graduates, future ballet stars, Herman Borsay (on the left) and Anastasia Lukina (on the right)

When we were cordially invited to interview the extraordinary Nikolay Tsiskaridze, I set about purposefully to find appropriate digs in case Olga might conduct the interview at her hotel. The chance Mr. Tsiskaridze might appear on camera via RT, it was a possibility then. So we looked for the nicest business accommodations possible. As it turned out, she met with the ballet legend at his office at the Vaganova instead, but the Angleterre Hotel’s (St. Petersburg) reputation on and offline, and my experiences with a partner of the hotel, WorldHotels Group, played a large part in the choice. As you can see, the stay and the hotel’s story are worth telling alongside here.

The lobby of the Angleterre Hotel

Olga’s visit to talk with the Vaganova Academy’s rector was thrill filled enough, the world’s most famous institution for the instruction of classical Russian ballet graduated a class of future stars. But from her room at Angleterre, and later the ceremonies surrounding a living legend of dance, Mrs. Malik shared and recorded a part of St. Petersburg’s White Nights history, many will not soon forget. 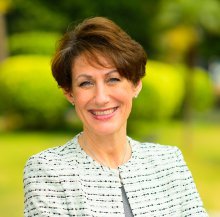 For the reader interested in luxurious business hotel value Olga’s later discussion with the CEO of Worldhotels is illuminating.  Kristin Intress (at left), it turns out, was in St. Petersburg for the “White Nights” festivities too. Worldhotels, for those unfamiliar, markets hand picked hotels from among the finest in 65 countries worldwide.

Situated right on St. Isaac’s square in the city center, the location is literally a stone’s throw away from all St. Peterburg’s main attractions, and to put it mildly, ideal. In fact the Vaganova Academy is just over 2 km away, a short stretch of the legs only.

The amenities at the hotel are, as you’d expect, customary in some respects, but unique in many others. Olga recounting some of the tiny but significant details such as; the art auction house, the fine Italian cuisine at Borsalino Restaurant, hotel’s cinema and art gallery, and the indoor pool etc. 24 hour room service, high speed internet, concierge, it’s the unique combination of features and people that make such places memorable though. Not the least of this hotel’s wonderments, St. Isaac’s across the street adds its own flavor to this conversation.

A Junior Suite at Angleterre Hotel

As typically exclusive this St. Petersburg hospitality icon may seem on the web though, Olga’s and Worldhotels’ Kristin Intress’ discussion brought to light the stories that set places like this apart. In the case of Angleterre Hotel, the fact that the hotel was the last home of Russian poet Sergey Esenin, who died in one of the hotel’s suites in 1925. It was this and other back stories that prompted Olga to inquire of Esenin about how Worldhotels are chosen, to which the latter responded:

“When we are looking for partners we try to find a hotel that features something unique and special. For some hotels it could be a cutting edge of technology where travelers have their experience from a technology perspective. Another hotel could be an old concierge style hotel that brings you one or two centuries back. The most important part for the Worldhotels group is to find hotels that have stories to tell.”  –  Kristin Intress, CEO Worldhotels

My “Our Russia” magazine (under construction) co-founder went on to quiz Ms. Intress about such things as the Russia market, and Worldhotels’ plans for expansion there. On the latter, the chief executive described the positive market forces in Russia, and her company’s intentions on growing within Russia and the CIS. With so many historic and often enigmatic edifices, like the Angleterre Hotel, the Worldhotels mission into uniqueness in Russia seems simplified. Olga’s review of the hotel could not have been more positive, and this has been symptomatic in my past experiences with the group.

For more back story on this hotel, the current structure was erected in place of the former hotel opened back in 1840. The former hotel was frequented by the likes of Leo Tolstoy and the aforementioned Sergey Esenin. The older hotel was demolished in 1987 only to be rebuilt and reopened in 1991. Interestingly, the hotel is considered a luxurious business class sister to the Hotel Astoria next door. The two hotels are connected from the upper floors, and noth hotels are owned and operated by Rocco Forte Hotels.

About my co-author: Olga Malik is a freelance journalist. A former producer for Russian TV channel RT, she’s also our co-founder at the new magazine about all good things Russian, Our Russia. Olga is also the lead manager for the international admissions office for Ural Federal University in Yekaterinburg.