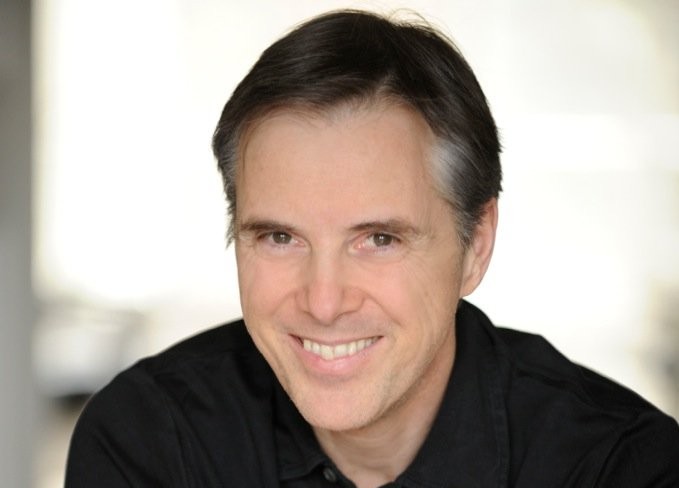 Olivier Lapidus still remembers when, as a child spending his time watching his father, Ted Lapidus, at work, John Lennon and Yoko Ono entered the atelier, both enamored with the quirky avant-garde outfits designed by the creator of the unisex fashion look. Fashion was all around, shaping—back then and still—the young mind and destiny of Olivier Lapidus.

“The avant-garde, for me, is a mixture of the 30s’ glorious pictures of stealth, and my immersion at the age of six in the fashion world of my parents: my mother, actress and model, and my father, fashion designer,” Lapidus tells me. “As far as I can remember, I could see dresses undulating everywhere, as if turning into reality—instant movie scenes, instant cinema. Fashion is a movie whose script is the current trend, and we are all the actors.”

Olivier Lapidus is as much of an innovator and pioneer as Ted Lapidus was once, but more daring in a way—always looking for new ventures of expression, always experimenting with new materials in odd ways, trying to integrate fashion with modern technologies, and finally, applying it all in new projects, projects like Hotel Félicien, in Paris.

A fashion designer turned interior decorator? Not really. Instead, Lapidus’ adventure is a mere change of perspective, a second nature if you will, where Olivier Lapidus’ razor-eyed talent for combining iconic fabrics with the Japanese concept TOKO NO MA—the role of the guest—prevails. Each room of this hotel is enhanced with handmade textile paintings that create depth and a rich perspective in these small places, so characteristic of most boutique hotels in Paris. A subtly perfectionist scheme, and a Zen approach to interior decorations, provide for that extra feel of comfort and serenity that travelers long for after a day in the busiest city of France.

Each room at Félicien exhales a unique personality, a special emotion created by the smart play of colors and tones that give the mood of each floor. Lapidus was guided by the Proust color questionnaire in choosing his paints, materials, and fabrics. If it’s black, you’ll find leather, metal, and touches of green; if it’s gray, flannel, aluminum and shades of orange; and finally, red comes with ruby reflections of jewelry, muslins and silks …

What takes Hotel Félicien truly “beyond” is the shift of perspective we speak of here. For Olivier Lapidus, designing interior spaces or fashion is a conceptual work. The whole Félicien universe represents Olivier Lapidus as a designer.

“I have found much in common with my original profession: craftsmen, the taste for work well done, the interplay of materials and colors, light sets,” he explains enthusiastically. “Only materials are different; but in fact, the stone lives like a sturdy cloth, it shines or not, it could be worked as embroidery of lights and inlays; furnishings are like accessories: shoes or bags, they complete a universe. … Ultimately a hotel is a concept.”

The avant-garde drove Olivier in many ways and on different paths, yet somehow on a path leading back to his father, whose work shaped his vision of the world at such a young age. Even in his work on this hotel, Olivier still finds inspiration in the designs that propelled the Lapidus label back in the 60s.

“My Father is like a bird on my shoulder,” he says. “He accompanies me when I use classical fabrics that I twist. The vintage look that I use sometimes is reminiscent of the side timeless fashion since the beginning of Lapidus, last century. I used some pictures of the past, photos blended with a new overlay color palette and black and white for the couture floor, the fourth floor. … But in general, the hotel concept is very contemporary.”

It had to be this way—Félicien is housed inside a historic building dating from the 30s, in the immediate vicinity of the famous Eiffel Tower, a perfect location for a “fashion hotel.” Olivier has taken his time getting things done, especially because he is not the only perfectionist on the team that conceived the Félicien. This is a team of visionaries, led by Philippe Vaurs and his two partners and friends, Jean-Marie and Jean-Francois Demorges, who entrusted Olivier with the design even though this is his first hotel and his first interior decorations project.
Related Articles

If the Lapidus label lives on, with Lapidus Vintage—a fashion line created by the artist as a tribute to the great years of fashion, and to his father—the hotel will stand to testify to this legacy in a complete new universe that continues the tradition of innovation, uniqueness, and timeless elegance, and proves that the great Ted Lapidus lives on, in the work, the soul, of his son Olivier.