Twigmore by the numbers. 1: Lemme opt in

A new startup called Twigmore is aimed directly at putting people and their real impressions of “places” in the correct order. Unlike many “geocentric” travel tools, this new entry tries to arrange for local review wisdom for your trip planning. At least this seems like the gist. 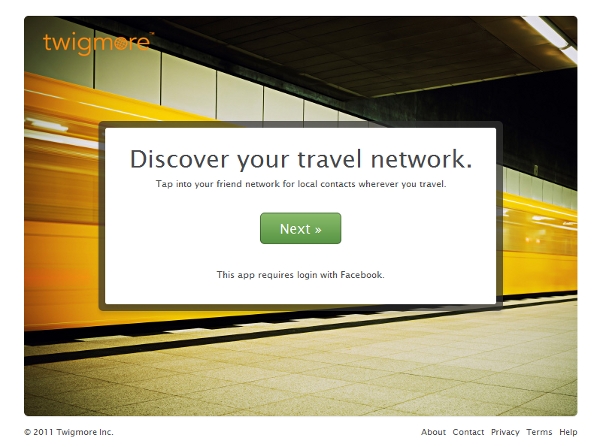 Twigmore by the numbers. 1: Lemme opt in

TechCrunch and a squad of other tech blogs have already pumped out their bit as to exactly “what” and “how” Twigmore may or may not change travel. The only direct Facebook application I know of that helps travelers try and connect via the network with “opinions” on the ground, I just had to try this one out.

Twigmore by the numbers. 2: Welcome Phil - nice to see you opted in

What’s most impressive about Twigmore (certainly not the name) is the fact that the startup already has a database of some 1.7 million local contacts worldwide. According to Opinno’s Giulia Cozzolino, the innovation is something of a revolution too. About that revolution… 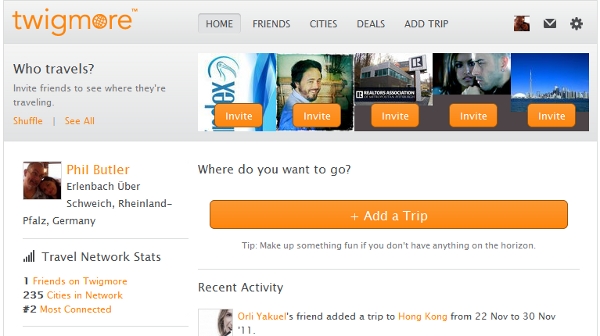 Twigmore by the numbers. 3: 624 high profile pals and Orli is my only Twigmore chum?

Okay, we are at my number 3 and I like how swift Twigmore is already. As for changing the world? I wonder what the statistical liklihood of only one of my friends being on the service are? Especially given many are tech gurus or travel peeps? Okay, I can write this off to Twigmore’s specialization in local experts (we are in Eastern Europe tho). Onward, and upward. 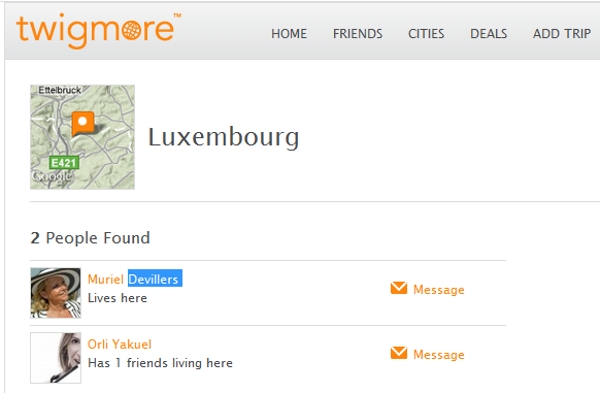 Twigmore by the numbers. 4: Connecting the dots of peeps and locale

I don’t like how Twigmore has selected for me the option to share on Facebook my trips. Already checked boxes can leave one looking like the biggest Twigmore Spammer Facebook ever saw. Aside this, building a trip to Luxembourg reveal my friend Muriel Devillers living there (above). As you can see, Orli is also friends with Muriel. Now maybe it will get interesting. Or complicated simplicity? 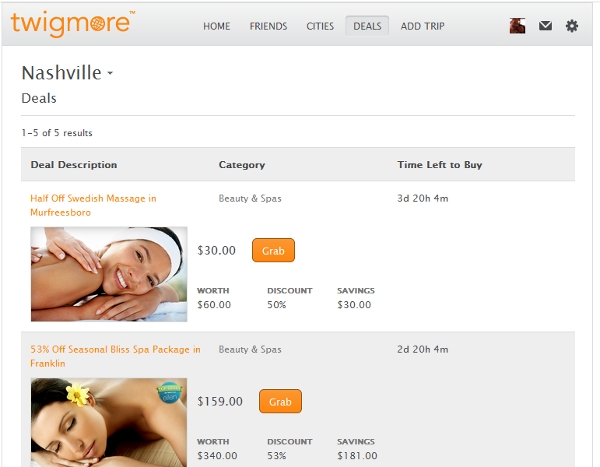 Twigmore by the numbers. 5: Monetizations madness. The sad tale of user engagement

Off on a Twigmore surfing extravaganza of top nav elements, one cannot help but see DEALS. What Twigmore really does superbly, mixing and mashing the geo-relationships of humanoid, it blows big time by already trying to interject more money saving glee. Okay, this aspect can be very useful later on, but the myriad ways in which products and value can be interjected, should be left unveiled at a better time. There’s more important things to do.

One problem I have with developments of late (the last 3 years) is the almost incessant need to keep people inside the matrix. Engaging and retaining attention is a real component of startup success – ongoing success, as Facebook has shown – but in some cases it can be a killer. The fact is, people just don’t have the time. Soon, with a few more gadgets to bug us all, and we won’t care about a deal – a deal will be being left alone.

In Opinno’s opinion, Twigmore is a real game changer potentially. TechCrunch’s Rip Empson seems impressed with Twigmore’s once upon a time Googler/other name brand operands. But, the development is up for grabs in his view too. I say “too,” because I just don’t see it yet either. Playing around adding value to Twigmore’s database, being Wowed at just how effectively the startup can identify variables on Facebook – this is not innovation.

The end of my “1.2.3” analysis stops at the image above of Twigmore suggesting I invite Adam Hirsch, COO of Mashable. Well, maybe Mashable will cover next? For those interested in the latest Facebook travel wonder, here is the Twigmore Facebook contingent. I hope the development has more than connections and an invite button?

Hopper Taps Into Hostaway Client Base in Lastest Strategy Move
AI-Powered Pathfndr Announces a Slew of New Features
“Wheel the World” Hurdles Travel Barriers for Travelers Using Tech
Lend Me Your iPhone to Test the “Backdrop App” Game Changer
Previous: The Best Places to Get Breakfast in New York
Next: Camel Trekking Across Australia