Camels have been the unsung heroes of the Australian outback since the 1860s, when early explorers travelled through regions whose harsh environments only camels were able to survive in. Thanks to a number of camel trekking tour operators, it is still possible to explore the vast Australian outback. Not for the faint of heart, though, these camel safaris in Australia are the real thing: you will be travelling through otherwise intractable desert, just as the original explorers did. If that sounds a little too extreme for you, shorter treks are available. These are some of your camel trekking in Australia options: 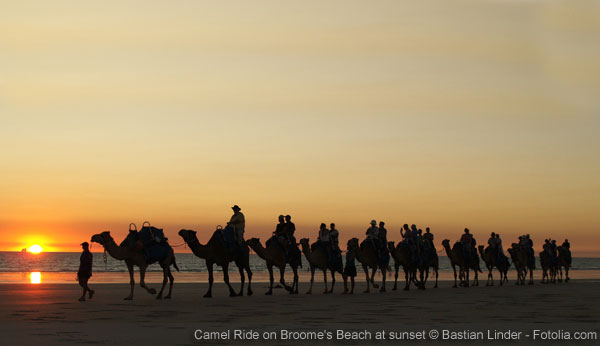 Covering over 68,000 square miles of Australia’s Northern Territories, Queensland and South Australia, the Simpson is one of the world’s most awe and fear-inspiring deserts in the world. Charles Sturt was the first Australian explorer to see the Simpson Desert. That was between the years of 1844 and 1846, but it was not until 1936, nearly a century later, that a European explorer, Ted Colson, traversed the entire length of the desert. Since then, the Simpson has been steadily attracted more visitors and today, 4WD expeditions are available, but most agree that this type of travel detracts from experiencing the real spirit of this incomparable desert wilderness. When you experience the Simpson Desert by camel, you leave behind all the trappings of civilisation and immerse yourself in the magic of the outback.

The old mining town of Coober Pedy and the magnificent Wilpena Pound are two popular outback holiday destinations. Now easily accessed by road, they are definitely worth visiting, but if you want to see the Flinders Ranges as few others do, then you have to get off the beaten track and explore them by camel. Camel trekking tour operators in the Flinders Ranges will guide you through both well-known and completely remote and otherwise inaccessible wilderness areas. Geographically diverse, the Flinders include harsh desert and somewhat more temperate bushland regions. While some expeditions are relatively short and easy, others ask participants to first take a camel expedition training course before they set out on their trek.

Australia’s “Silver City,” Broken Hill is as renowned for its natural outback beauty as it is for its rich deposits of silver. Just a dot on the outback landscape, aside from the main roads into and out of Broken Hill and a few roads to nearby attractions, most of this New South Wales outback region remains unseen by all but those few intrepid adventurers who dare to explore it by camelback. One popular and relatively easy trek takes you through the amazing Living Desert Sanctuary, while longer treks will take you through more remote desert regions outside of Broken Hill.

Cable Beach, in the remote northern region of Western Australia is often said to be one of the world’s most beautiful beaches. Broome, although a small town by most standards, is the largest “metropolis” in the area. First settled as a pearling centre, a large and diverse international community developed in Broome. Cable Beach got its name because it was the starting point for Australia’s first transcontinental telegraph cable line. Other than that, though, it remains as pristine as ever. 13 miles long, it is not a beach you want to traverse from end to end on foot. Fortunately, you can do it by camelback. The most popular trek is the half-day sunset tour, that reaches a magnificently remote part of the beach just in time to enjoy the spectacular sunsets the area is so renowned for. 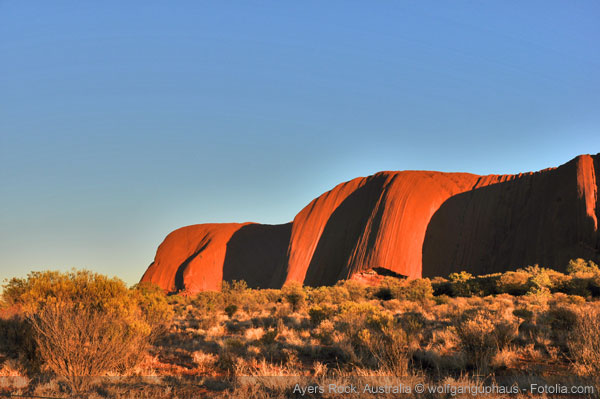 Uluru is one of the world’s natural wonders. Jutting out from the desert sands of Australia’s red centre, Uluru is considered a sacred spot by Australian aboriginals, who remain custodians of the land. While experiencing Uluru by any means is unforgettable, experiencing it by camel is indescribable. You can have that experience the easy way, on a half day excursion or sunset ride or you can have it the harder way, on an overnight excursion that covers both the Uluru and Kata Tjuta regions.

About our Guest Author: Rob writes about popular things to do and see in Australia. If planning a vacation in Australia check out our range of Perth accommodation before making your way up to Broome for your camel safaris.