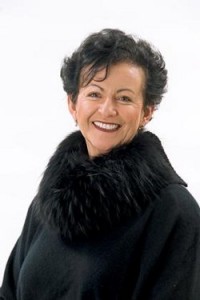 TUI Travel has just announced their Group Director of Sustainable Development, Jane Ashton, and Managing Director Thomson Airways, Chris Browne (at left) having been honored at the 2014 British Travel Industry Hall of Fame annual dinner. Held at the Savoy in London last night, the TUI’s Ashton was presented with the ‘Ambassador Award for Outstanding Contribution to Sustainable Travel’ and Chris Browne was inducted into the Hall of Fame.

Founded in 1995, the annual British Travel Industry Hall of Fame dinner honors excellence and outstanding achievement in developing the travel, hospitality and tourism industry’. Ashton had this to say via TUI’s announcement:

I am honoured and delighted to receive this award. It would not have been possible without the hard work and determination of the team at TUI Travel, and I am so grateful to everyone that has been a part of this journey. Thank you.”

As for Ashton, she’s been at the forefront of TUI’s emergence as a leader in sustainability. The video below from TUI speaks of this.