Travelers’ Hotel Choices: No Choice At All

When Google acquired ITA flight software a couple of years back, a group of competitors went ballistic warning of unfair practices by the Internet search and ad giant. Most people back then blew off what FairSearch was contending, this author included. As it turns out, a half dozen court cases won and a lot of water under the hotel search bridge, and potential guests really have no choice at all. Google has rigged the hotel booking game into an ad recommendation one. 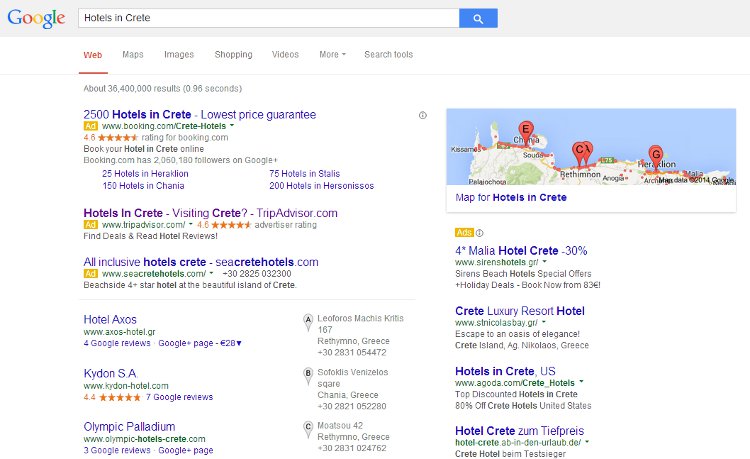 A typical Google search forces you to BUY your result.

Stop right here. Open another tab and type a search on Google for any destination you can think of. Come on now, what did you come up with? A result that looks something like this?

Ads, and more ads, then some OTAs paying Google for position, then some OTAs having SPAMMED the search engine to the point no single hotel or chain can compete. SEO down the tubes since Google instituted PANDA and other supposed solutions to web clutter, and search is anything but fair these days. Though you may not care at all, preferring to have your hotel room served up and monetized by Google, the end result is a more expensive (or mediocre) hotel experience.

The FairSearch people; TripAdvisor,  Expedia, Hotwire, Microsoft, Nokia, Twenga and others, as it turns out, were right all along. It burns me to say it, but anything like Google Travel is going to (has already) jilted the end services of every hotel on this planet. How, you say? By altering the market, causing higher prices, and disrupting a free market system. If only the Hilton’s of the world can afford to pay Google for “listing” your future room, how is Mom or Pop who do a better job at hospitality to compete? Google makes billions off PPC budget for small and big hotels, puts paid ads over the top of those, and then sells position to TripAdvisor and everybody else. 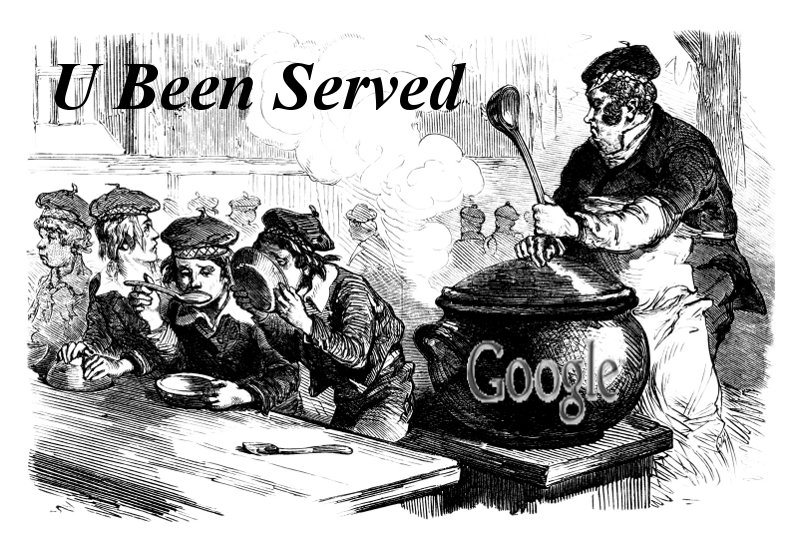 Then you see Mom and Pop. A page later in the so-called SERPs (Search Engine Result Pages). Four years ago I thought Microsoft and the others supporting FairSearch were just whining. That was before Google turned search into “suggest” – or better yet, “Here you go, take it or leave it.” Boy was I blinded by the “potential” of a Google that would “do no evil”? Fact is, Google sold out, abandoned a free web geek ideology, and enacted a plan to monetize and grow. Granted, this was what any corporation would do, the only problem was their premise in creating/offering such “free” things as Gmail, search, YouTube, and so on. That’s ancient history in online terms, but what is not history is the future of the hospitality businesses. 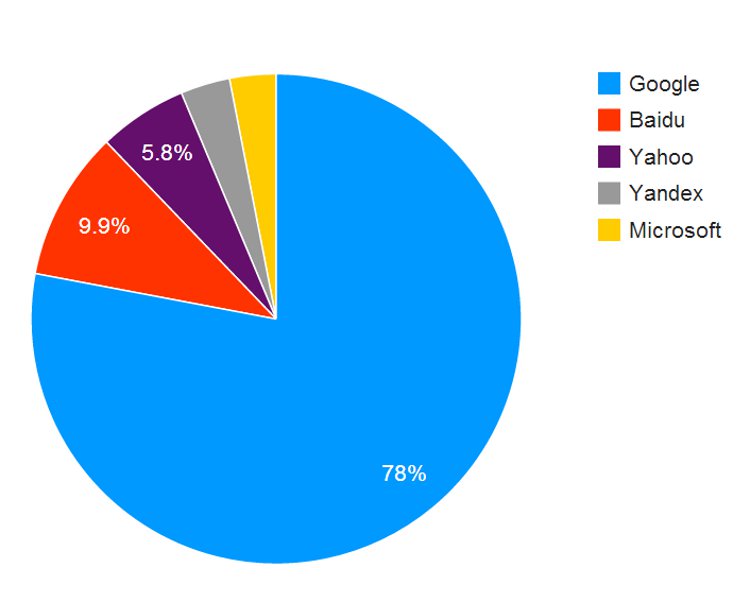 Microsoft and the others are scarcely even players in search, let alone competitors any more.

FairSearch, and a lot of other people, claim Google abuses its dominant position at the expense of competitors and users. In my humble opinion, as an expert insider who advises clients on PPC and other marketing tools, Google certainly does. This is especially true since the last FTC ruling in favor of Google. Quoting the Wall Street Journal: 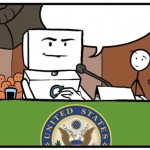 In other words, Google can insist you “choose” from a paid search result of one kind or another. Either that, or put favored products and/or affiliates wherever the hell they want. And with Google as of right now (Internetlivestats) controlling some 78% of search queries, anyone with half a brain should be thinking “monopoly, monopoly, monopoly.” For those of you who love a good conspiracy theory, factor in how the US Government (the NSA) and even President Barack Obama’s hangouts factor into all that. On this note, despite the posturing of former CEO Eric Schmidt (left testifying via FairSearch Facebook) when the NSA “leakage” caused an uproar, it turns out in recently released emails that all three of the principals at Google met regularly with NSA officials including Director General Keith Alexander.

That’s another story altogether, but it goes to show Google was probably never what it claimed to be. This goes to show the point of my editorial here. Traveler best interest, nor hotelier profit, are the major concern of Google. Neither is free enterprise, as anyone can plainly see. In fact, this quote from the NSA head’s email shown by VentureBeat hints at a sort of collusion in between Google, Microsoft, and Apple.

“A group (primarily Google, Apple and Microsoft) recently came to agreement on a set of core security principles. When we reach this point in our projects we schedule a classified briefing for the CEOs of key companies to provide them a brief on the specific threats we believe can be mitigated and to seek their commitment for their organization to move ahead … Google’s participation in refinement, engineering, and deployment of the solutions will be essential.”

If the tech companies were ever in some sort of cartel-like agreement, even with the NSA or the government per se, this would explain why Microsoft and Apple fail to be big competitors, even though they both have the resources. Looking at the Bing Search business, as a for instance, I’ve seen no real effort to catch Google search wise. MS originally spent $100 something million to buy Powerset technologies, then added another $100 million for Waggener Edstrom to promote it, and poof! It’s almost as if Microsoft, Apple, Google, and some others sat down at a table and divvied up market shares. Microsoft gets their operating system and software billions, Apple whoops the stock market with hardware and some services, and Google gets the search and ads roundup. This is an unfortunate circumstance since Bing goes about the whole hotel search thing in a much better way that Google.

The Bing Hotels Rate Finder – light-years ahead of Google

Funny how that sounds realistic, isn’t it? Back to hotels and their guests, our clientèle is continually caught in the middle of all this. A fabulous hotel stay awaits the traveler, one far cheaper than ever before, if the hotel owner can only manage the maze of hangers on sucking the blood out of his or her hard work. Facing facts here, my job has always been to “show” wonderful products and services to new customers. I like doing it, it’s rewarding when everyone is happy. The problem, as in all business these days, is the muddle of middle men, the crooks, and the hospitality people buried in commissions, fees, strategies, and technologies. As for Google taking over direct hotel bookings? That would be like killing the goose that laid the golden egg. As it turns out, the geese in this case don’t offer even as much as those buying ads, at least the hotels can afford ads, some of the listings on OTAs have more roaches than mints for pillows. 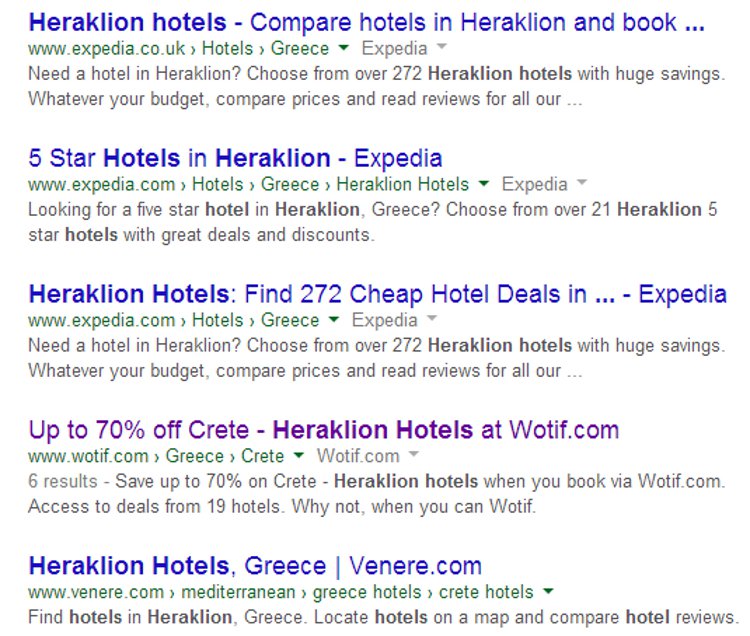 As you can see, underneath paid search Expedia grabs three spots – your “choices” have now been transformed into advertisements totally.

Priceline Group Chief Executive Officer Darren Huston recently elaborated, saying his company has:  “a really good partnership” with Google and added he doesn’t lose sleep pondering what it might do.” As for FairSearch, that initiative is either dead or negotiated away, their last Facebook posting was three months ago. Why do you hardly ever hear about any of this? Take a look at sellout media outlet Forbes for a piece of the answer. That article defends the Google/NSA buddy buddy like 100 other Forbes pieces strategically denoting Google wonders, or misadventures justified. Forbes has all the credibility of a carnival clown.

The end result is not a win-win guest experience many times. Who has time to put a mint on your pillow (or the money to) when revenue management, marketing, PR, OTAs, distribution systems, and almighty Google PPC ads come calling? All THAT technology, the stuff that’s supposed to make things faster, slicker, and more simple, ends up being no better than the old Yellow Pages. And if you’re looking to Google to let you “pick” your hospitality, those Yellow Pages are superior. For what it’s worth, much maligned TripAdvisor is infinitely superior to search for finding a room with a view. And I never thought I would say that.

Freshwater “Miracles” of Crete Island
Crete is Becoming a Top Winter Refuge and Remote Working Destination
Can Airbnb Continue to Expand as Before?
The Keftiu: Were They Absorbed and Erased from History?
Previous: PhoCusWright Europe Next Week in Dublin
Next: Deloitte Tags Guy Langford as Leader of US Travel, Hospitality & Leisure Practice