In airline travel news, US Airways just announced the signing of a multi year contract for full content distribution and merchandising with Sabre Travel Network. This latest news, pertinent to the ongoing wars between the various online agents and service providers, is at least a positive sign for global distribution players. 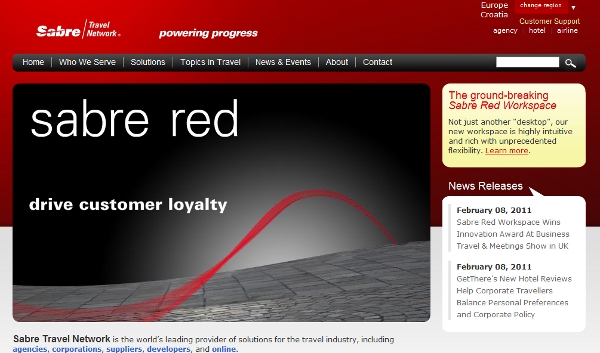 On top of this deal, Sabre already has full content, long term deal with United Airlines, Continental Airlines, and Delta-Northwest. Greg Webb, President of Sabre Travel Network, had this to add via the press release:

“US Airways recognizes the value of the Sabre global distribution system and our innovative leadership in helping airlines market and sell their products, including ancillaries, to millions of travelers worldwide. Sabre is the world’s most efficient, cost-effective travel marketplace and US Airways joins the many global airlines that understand the GDS is an important source of revenue and revenue growth.”

Sabre GDS will also show listed, Choice Seats, an option where travelers can buy the most popular seats in coach for a higher fee. For those who do not know, Sabre was the first to attract airlines to sell ancillaries via their various channels. Sabre helps a great number of airlines worldwide to sell these ancillary services including; United Airlines, Air New Zealand, Qantas, WestJet, Porter Airlines, and Malaysia Airlines.

Meanwhile at Amadeus, despite the heavy debt load that huge GDS giant has, the company is also moving forward – all be it not in as dynamic a way. News from Tnooz shows Amadeus engaging these same ancillary services from the operational end, becoming the first GDS to “enable travel agencies to issue IATA standard electronic miscellaneous documents through a settlement organization, in this case BSP.” 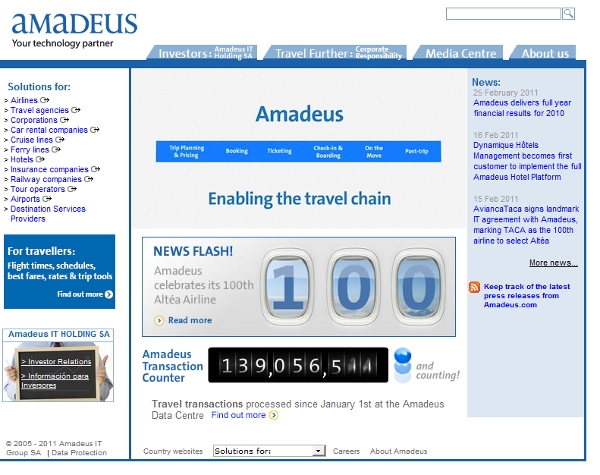 While this news may not seem all that significant,  if deployment of ancillary services across the spectrum of agencies is important, Amadeus’ news is at least a crucial as Sabre’s. Priceline’s Chief Executive Jeffery Boyd, pretty much encapsulated what’s going on via a Dow Jones wire release dealing with these issues. We are already seeing the airline fare market operating as a mixed bag of tricks, the middlemen playing the role for some, while American Airlines and other service providers attempt to create the various versions of “Direct Connect.” The quote from Boyd reads:

“I think we’ll see a mixed model going forward where some airlines choose to connect with large agencies through a direct connect, but many other airlines will operate through the GDS and big travel agents like us will operate with both.”

So far, what Boyd suggests is obviously the way it is, that is until some paradigm shift events upsets the apple cart again. A note on stability seems appropriate here too. British Airways announced the other day their plans to stick with the GDS boys. And for Sabre too Virgin America extended their full content agreement, and while the rest of the online travel world seems at odds over just about everything, Sabre has somehow managed to maintain and even grow their network. 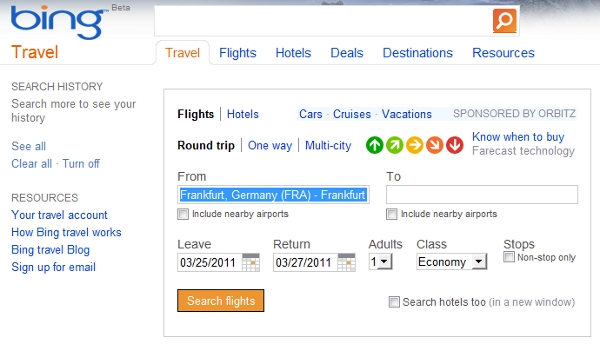 Finally, on the Western front, Google and Bing are now into a battle royal over travel search technology, or at least the hype of travel search technology. Bing just upgraded its Travel Price Predictors feature to autosuggest airline travel fares. Of course anyone who knows a smidgen about Bing, the Powerset technology supposedly behind it, and the recent “covert search mechanism” Microsoft supposedly employs, knows “suggestion” is about as hard as outsourcing to Kashmir peeps to toss in results. Okay maybe not that bad. 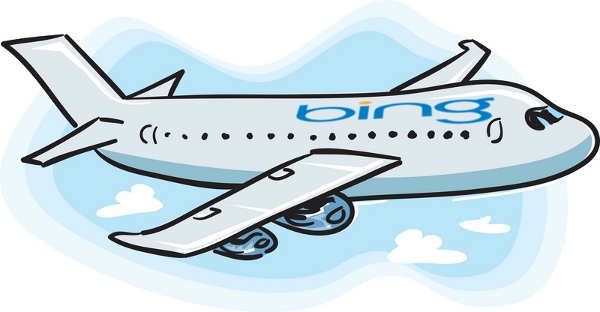 But the news today gives a sense of hope that cooler heads will prevail. The traveler is the one who end up paying for all this competition for markets any way. So vote Sabre and US Airways for your flight, at least until other players get some sense.

Sabre Holdings connects people with the world’s greatest travel possibilities by retailing travel products and providing distribution and technology solutions for the travel industry. More information about Sabre Holdings is available at the Sabre Holdings site.