Poland’s narrowest residential address has just opened in its capital Warsaw, billing itself as an ‘artistic installation’ that will serve as a second home for the city’s sometime resident, Israeli writer and artist Edgar Keret. 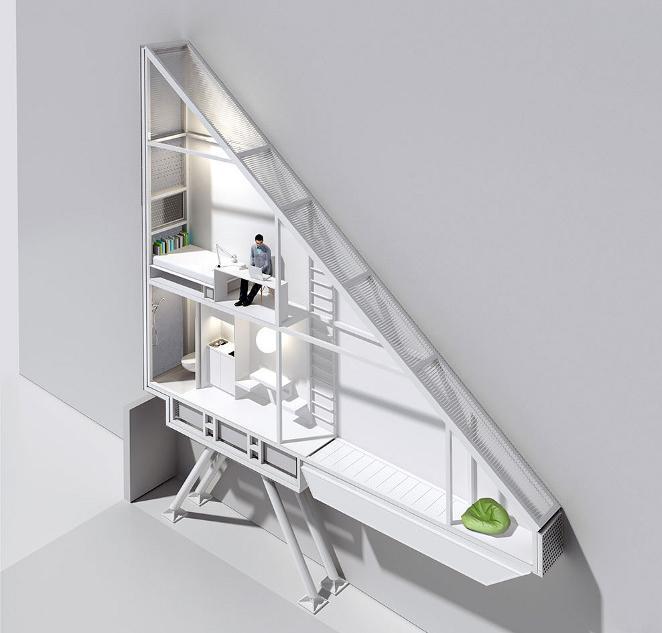 Known as the ‘Keret House’, this astonishing slip of an abode was conceived as a kind of memorial to members of Keret’s family, who died in Poland during the Holocaust in World War Two. Keret said that he plans to live in the home during his twice-yearly visits to Warsaw.

The Keret House is a multi-level structure that looks as if it’s been wedged into the tight gap between two pre-existing apartment buildings. The home, which was designed by Polish architect Jakub Szczesny, is located in an area of the city that was formerly a part of the notorious Warsaw Ghetto. At its widest point, the home measures no more than 152cm, or 60-inches, wide. 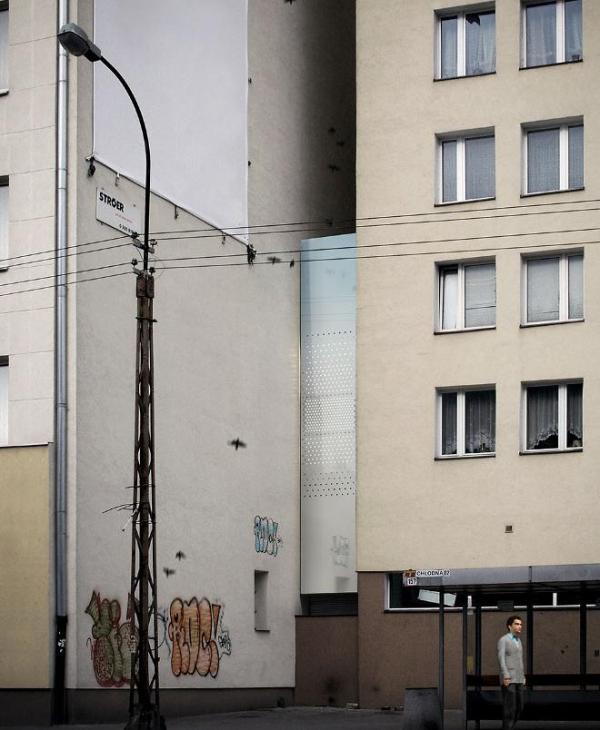 Exterior of the Keret House

Szczesny told Reuters that the home would provide more than adequate living space for Keret and his guests:

“It contains all necessary amenities such as a micro-kitchen, mini-bathroom, sleeping cubicle and tiny work area, all accessible via ladders.”

Experts say that the Keret House sets a new record for Poland’s, and quite possibly Europe’s, narrowest residential home.