Russia’s North Caucasus region and especially resorts near Mount Elbrus, Europe’s highest peak, are a popular destination for skiing and winter sports. Tourists from across Europe who come here to climb the peak or take over the slopes are advised to find a new destination for their vacation as terrorist attacks spread fear throughout the region.

Although a top tourist attraction, North Caucasus is a rather volatile area. Russia’s most popular Elbrus ski resort area has recently been the scene of multiple terrorist attacks resulting in three Moscow turists being gunned down by suspected Islamist rebels. Security has been tightened in the area and Russia’s envoy to the region, Alexand toler Khloponin, has required that all new tourist arrivals in the area should be prohibited after the attacks on Friday. 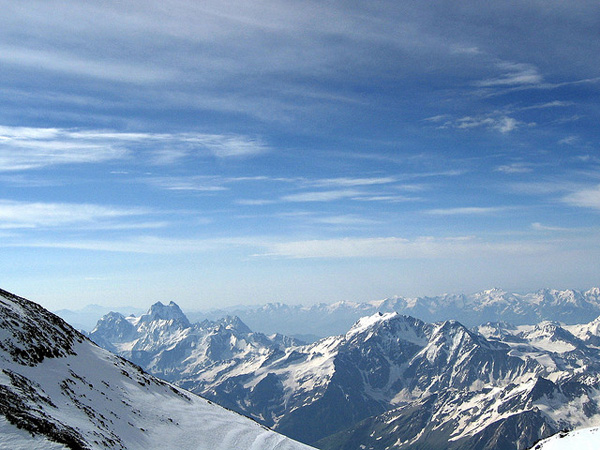 “We must stop receiving tourists,” Alexander Khloponin, quoted state-run news agency Itar-TASS, told officials in the town of Tyrnyauz on the main road leading to Mount Elbrus. The road was however open for tourists on Monday.

Other separate violent attacks occurred in the region around the same time, according to Itar-TAS:

“attackers blew up a cable support pole near Mount Elbrus,  bringing down dozens of cabins. Head of the district administration of the settlement of Khasanya, also in Kabardino-Balkaria, Ramazan Friyev was killed on the same day. […] On Saturday police defused a car bomb placed near a hotel in a popular ski resort area in Kabardino-Balkaria.”

Khloponin’s warning was also backed up by the British Foreign and Commonwealth Office website, where the Russian Federation travel summary said:

“We warn travellers against all but essential travel to North Ossetia, Karachai-Cherkessia and Kabardino-Balkaria (including the Elbrus area). There is a high level of threat from terrorism. Attacks cannot be ruled out and could be indiscriminate, including in places frequented by expatriates and foreign travellers. Attacks have occurred most frequently in Moscow and in the North Caucasus.”

Moscow authorities seem determined to continue touristic development in the North Caucasus region, ignoring the violent outbursts of their opponents. Russian President Dmitry Medvedev made a bold statement that the program to develop the republics of the North Caucasus, including their tourist potential, will continue to be implemented.

“No matter what the bandits do, we’ll continue to implement the projects, including the development of the tourist cluster,” Medvedev said at a meeting of the National Anti-Terrorist Committee on Tuesday. “This development can create jobs, which is particularly important for young people, whom extremists recruit and then brainwash,” he underlined.

Until the situation is solved, both local and foreign tourist are advised against venturing in the region, unless they are looking for the real extreme experience of finding themselves face to face with dangerous terrorists.