What a wonder it is to see the vision in a visionary's face Ion Hobana, Romania's greatest SF writer dies at 80.

In honor of one of Romania’s and the world’s great writers, Ion Hobana, who made my lovely wife’s childhood that much more rich, I dedicate this short tribute.

Ion Hobana (lower left), 80, died of cancer on yesterday, February 22, 2011 in Bucharest. Hobana was Romania’s best most widely known Science Fiction writer, for Romanians and people around the world, a artist of the perhaps, even the inevitable. 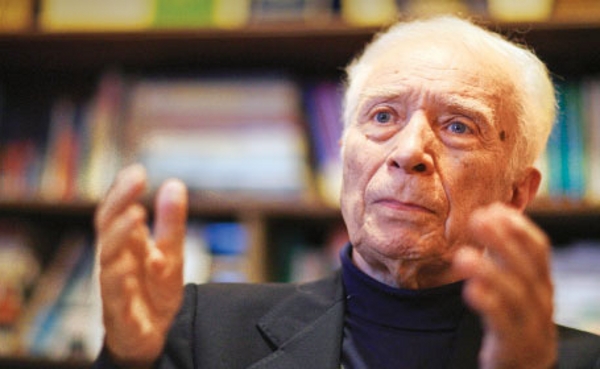 Born January 25, 1931 in Sannicolau Mare, near Timisoara, Hobana actually studied science fiction literature at the University of Bucharest. He began publishing his works in 1955, and his stories were eventually translated into over 20 languages. 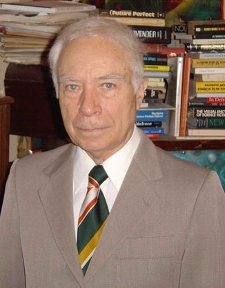 An editor, translator, and historian, Hobana published a number of works on Jules Verne, H.G. Wells, French Sci-Fi, and author of Romanian contemporary subjects, and he found time to delve in to UFO’s as well. Not many know, but Ion Hobana was actually an avid fan of Jules Verne, during his lifetime publishing or lecturing on any number of aspects of Verne’s life and works. Perhaps this aspect had as much to do with his own success and art as anything?

Hobana won countless awards and accolades for his works, not only in literature but for his television and other works. His UFO fascination was actually a bit more than just a curiosity too, he was a well known researcher into the subject – accepted as an expert in many realms. Ion Hobana is a member of the Writers Union of Romania, Société Européenne de Cultura, HG Wells Society, Centre International Jules Verne, Associazione Internazionale per gli Studi Sulle Utopia. Hobana was once quoted:

And in this originated his greatest contribution, I am sure he would agree, residing in the realm of the young and adaptive mind – that special place that young people envision and visit – never to forget, just as my darling wife remembered today when she learned of Hobana’s death. Interestingly too, my own fascination with Verne led me into so many prospective and rich adventures in my youth – even to this day – Journey to the Center of the Earth.

The following is but a short list of Ion Hobana’s explanatory works:

Ion Hobana was by all accounts the Romanian version of Isaac Asimov. For people there, and around the world, his contribution and views will be sorely missed. Our condolences and thoughts are with the family, friends, and colleagues of this great talent – the world will not see the likes of him again. We leave you with another quote from Ion.

The game of fantasy accompanied me all my life

It still does old friend…..