A History of Poles in London

There’s a long history of Poles living in the capital, the first generation arriving after World War II. Having fought for the Allies, they decided to stay until Communism blew over in their own country. When it dragged on, they stayed for good. In the 1980s a second wave arrived, fleeing the oppressive conditions of martial law-era Poland. Most recently, many Poles have moved to the UK since their country joined the EU in 2004.

It’s this last group of Poles whose presence is felt most in London today, with large communities living in Ealing, Balham and Hammersmith. Polish shops can be found in most areas of the capital, and if you’re in a London hotel or pub, there’s a fair chance you’ll be served by a Pole. This guide takes a look at some of the best polski places to get a bite to eat in the city. 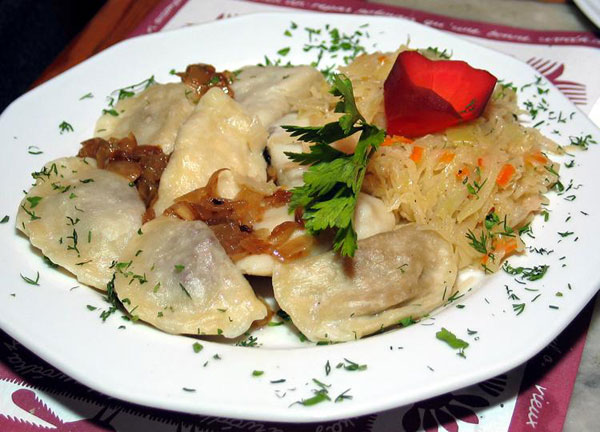 The Ognisko Polskie restaurant was established over 70 years ago in a building which was given to the Polish resistance after the war. It used to be the main haunt for Poles living in London in the 1950s and even the meeting place for the Polish government in exile. The restaurant still provides a great sense of 1930s Warsaw and serves traditional Polish dishes like pierogi z miesem (dumplings stuffed with meat) and kotlet schabowy (breaded pork chop). You can still see portraits of the British Royal Family on the walls in reference to the building’s important past.

One of the best things to come out of Communist Poland is the institution of the milk bar – government-subsidised canteens serving hearty meals for cheap. Mamuska! is the only Polish milk bar in London and a popular place for homesick expats. Most of the dishes are a very reasonable £5.00 and include classics like pierogi, placki (potato pancakes) and golabki (pork and rice wrapped in cabbage leaves). A television playing only Polish channels adds to the sense of being in Lodz rather than London, as does the concrete shopping mall in which the bar’s located.

Tucked away behind Holburn Tube station, Na Zdrowie is a great Polish vodka bar serving a huge range of flavoured spirits. The bar’s name means ‘cheers’ in Polish, and it’s a great place for anyone who wants to enjoy Polish food and drinks in an informal setting. Classic hard-to-pronounce beers like Zywiec, Lech and Tyskie are available for those who don’t like strong alcohol, and they also do tasty Polish food like bigos (sauerkraut stew with meat), barszcz (beetroot soup) and kielbasa (fried sausage with onions). If you don’t know where to start from the drinks menu, I recommend szarlotka, a winning combination of bison grass vodka and apple juice. It tastes a bit like apple pie and has become something of a cult classic outside of Poland!

Our guest author, Matt Lindley, lives in London, having recently moved back from Wroclaw, Poland. He writes for HotelClub where he helps others find the best places to visit in the capital.

Campspot Publishes the Top Outdoor Travel Trends for 2023
Ideas to Make the Most of Your Visit to Phuket
Trends Say Americans Guarded Over Travel 2022
27 Inspirational Travel Quotes to Fire Up Your 2022 Travel Bug
Previous: TripAdvisor Survey Featuring Greece and Russia Reveals International Hotel Trends
Next: Three Great Hotels That Could Use A Website