Natalie Cole to perform in Belgrad 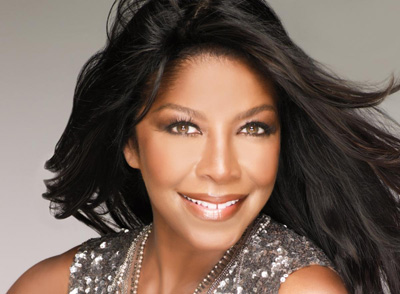 Natalie Cole began her career in the ’70s as a soul-rooted artist, had success in the ’80s with pop-oriented R&B material, and then followed in the footsteps of her father with traditional pop as her foundation from the ’90s through the early 2010s. From 1976 to 2009, she won nine Grammy awards, including Best R&B Vocal Performance Female (“This Will Be,” 1976), Album of the Year (Unforgettable…With Love, 1992) and Best Traditional Vocal Pop Album (Still Unforgettable, 2009).

The accomplished R&B and jazz vocalist breaks new ground this year, with her first Spanish album, “Natalie Cole En Español,” released on June 25 on Verve/Universal. This is her first new studio album in five years and Natalie revisits the rich repertoire of ageless Latin standards that once opened new vistas for her father. The 12 lushly orchestrated tracks, produced by Rudy Perez, Billboard’s Latin Music Producer Of The Decade, features Natalie’s distinctive take on three classics from her father’s catalog, plus several other carefully chosen selections from the Latin American Songbook.

The album features a haunting father/daughter duet on the sensual bolero “Acércate Mas,” employing the same recording techniques used for their posthumous pairing on 1991’s “Unforgettable,” which won Record of the Year for the singer and producer David Foster. Now, as chairman of Verve Music Group, Foster was instrumental in bringing to fruition Natalie’s long-time dream of making a Latin album.

The concert at Dom Sindikata – Belgrad will include classic hits, as well as tracks from this year’s album.

The tickets can be purchased in the Eventim ticket offices, at box offices of Kombank Arena, Cultural Center of Belgrade, Dom omladine, Ušće Shopping Mall
and via www.eventim.rs.