The European Commission has granted Moldovan citizens no visas travel to the EU beginning on today. In a move the EU says will deepen the relationship with East European nation in “defiance of Russia”, Moldova would seem to be a pawn in a much larger NATO game. 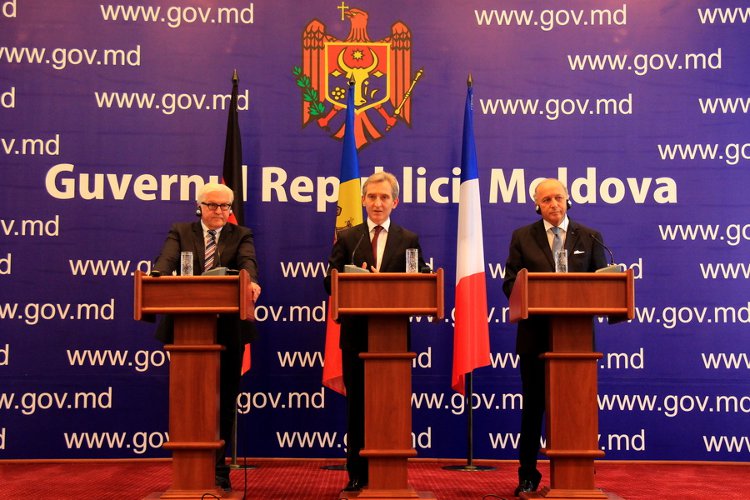 In this report from Reuters, it’s made clear Moldova, Georgia and Ukraine all seek a tighter bond with the EU, for closer trade and travel, not to mention NATO defense considerations. According to that piece, the visa rules now are part of a “response” to the unrest in Ukraine, a sort of “courtship” of the Schengen zone by Moldova and others supposedly “targeted” by Moscow for the next steps in some game of conquest.

Moldova’s pro-European prime minister Iurie Leanca commented that the move is the “best hope” for resolving the “frozen conflict” of Transdnestr. An EU partner deal does require certain reforms by Modlova. The Transdnestr region in question near the Ukraine border is home to ethnic Russians much like in Crimea and other parts of Ukraine. It’s also not clear if these ethnic Russians would be eligible for the free visas.

A side to the whole Ukraine situation not reported on is the business concerns flapping in the wind over just how Ukraine will end up. Leanca is but one of the Eastern Europe prime minsters being courted by the Obama Administration to bolster the sides against Russia intervention in Ukraine. In a statement from John Kerry and the US State Department, Leanca’s supposed role in the transformation of Moldova is highlighted.

“The prime minister is leading a transformation in Moldova. We’re very pleased with the fact that they have continued their efforts to move towards their Association Agreement with Europe.”

This report from BTI (PDF) speaks of continuing criminal activities like money laundering and other forms of corruption. Despite what the US State Department contends, corruption, poverty, and a non-transparent banking system haunt the country progress wise. Meanwhile key indicators like the ease of doing business (World Bank PDF) there show Moldova still has very far to go to be on par with many EU states. Enforcing contracts, protecting investors, even getting electricity in the country can be difficult.

Many are wondering at the implications of leveraging states as allies in this fashion, against a perceived foe that has made no move toward belligerence. The way Eastern Europe is shaping up, it’s fairly clear expansion was the goal all along, and perhaps Russian containment. Moldavians may be unwitting pawns in a power struggle to come.