According to news from PR Week Hilton Worldwide has hired leading lobbying PR firm MWW to handle the chain’s  LGBT marketing and PR efforts across all their brands and properties. For some travelers Hilton now becomes the poster child for equality and fairness, while others may shun the world’s largest hotel chain for just being too proud. If ever a hospitality chain bet on a booking bonanza, and a potential bookings bust. 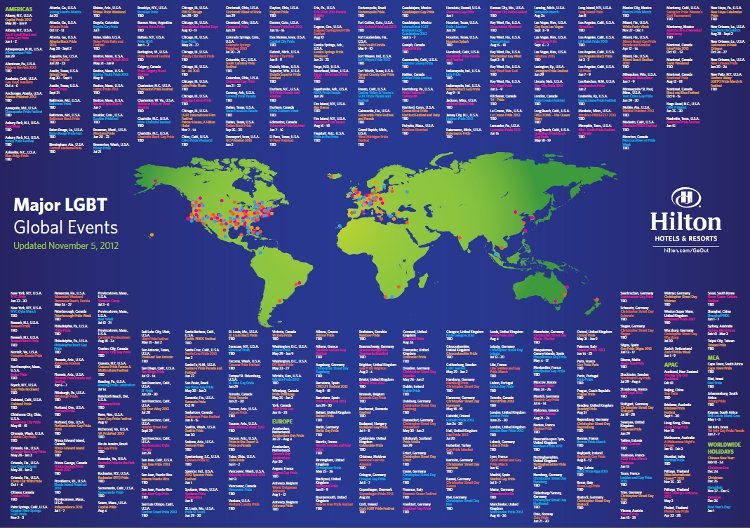 MWW SVP and LGBT practice lead Stephen Macias told PR Week MWW was brought on board for their past relationship with the brand. Also according to the news, five new people have been assigned to the account. Also in this news, MWW clients Paul Katami and Jeff Zarrillo, two plaintiffs in the federal lawsuit against California’s Proposition 8 ballot banning gay marriage rights there will celebrate their marriage at the Beverly Hilton on the anniversary of the Supreme Court’s overturning of Proposition 8. Having acquired Macias Media Group back in March, MWW continued their focus on the LGBT client sector.

Hilton and other hospitality chains have had to wrestle with sometimes controversial issues like LGBT rights and business on the one hand, and take advantage of a powerful LGBT traveler potential on the other. Hilton’s deals for LGBT guests being one high profile entry into the segment, it would seem dealing with a highly polarized subject like LGBT marriages, gay pride parades, at both ends of the opinion spectrum, requires skill and finesse. Clearly Hilton is not about soft soaping fundamentalists Christians or any other religious group though. The image at top is a PDF of Gay Pride events they support worldwide from the Hilton LGBT Travel section of their main site. The rub for corporate chains like Hilton is obvious, catering to one guest segment, can often alienate another. This is less true in the Unites States perhaps, but on the international level Christians, Muslims and other opponents of gay action have as much power over business. 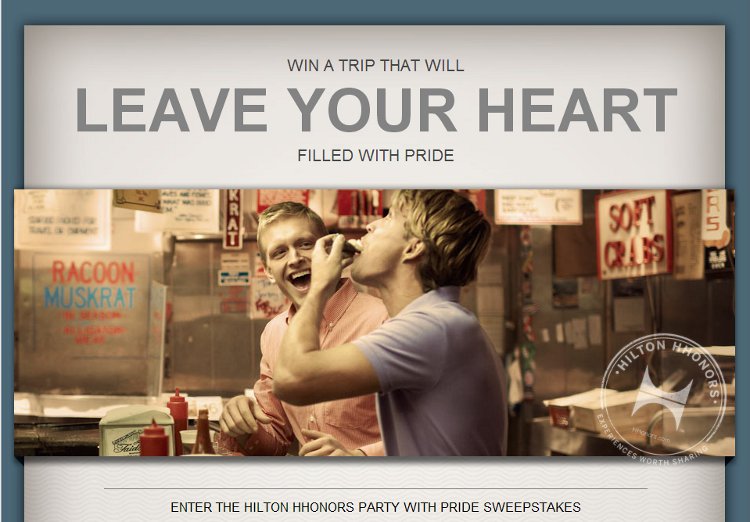 A good example of potential opposing market forces is brought to light in the commentary of evangelist Franklin Graham, son of famed international evangelist Billy Graham. The president of his father’s namesake ministry just recently applauded Russian President Vladimir Putin for Russia’s stance on parades and demonstrations associated homosexuality. With regard to pedophilia, Graham insists:

“Isn’t it sad, though, that America’s own morality has fallen so far that on this issue — protecting children from any homosexual agenda or propaganda — Russia’s standard is higher than our own? In my opinion, Putin is right on these issues. Obviously, he may be wrong about many things, but he has taken a stand to protect his nation’s children from the damaging effects of any gay and lesbian agenda.” 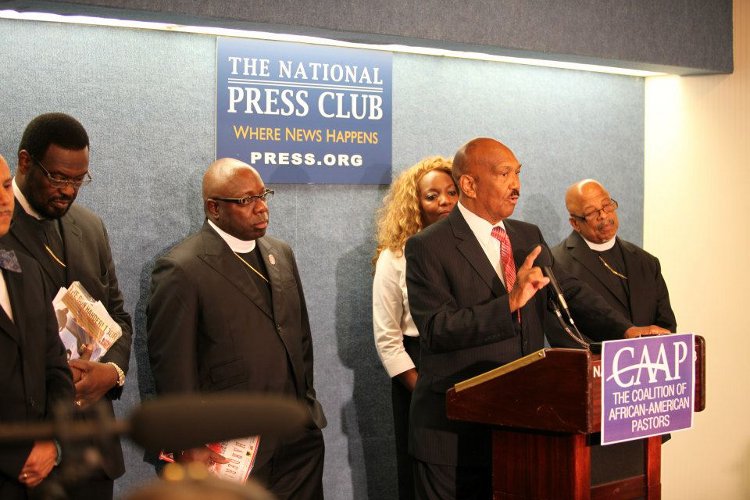 While the vocal LGBT and supportive communities disdain Putin and Russia, a silent Christian and other secular sector have seemingly straddled the fence on these issues. Graham is not alone. Organizations like the American Family Association, The Liberty Council, and extreme far right ones like Preserve Marriage Washington represent the other side of contention, and the other side of the hospitality market. Also, founder and president of the Coalition of African American Pastors (CAAP), Rev. Bill Owens (above at National Press Club) has come out against President Barack Obama on many issues including gay rights, and Owens represents a large constituency.

The point here being, Hilton and other hospitality businesses may have to get off the fence where LGBT and other politically charged issues are concerned, but in doing so their market share will certainly be affected. It will be interesting to see if MWW can mediate the right message to take advantage of the pluses, while negative most of the minuses. And maybe that is what PR is all about?