If you think Christmas trees are not a big deal around the world a story today about a Maryland – Latvia connection may change your mind. According to the news, The Maryland Christmas Tree Association used a Federal grant recently to establish this so called “Latvian connection.” Why? Well, the capital of Lativa, Riga, is one city which lays claim to being the birthplace of the Christmas tree.

Beginning today the association will offer a trip to Latvia via a contest for those who visit their Maryland Christmas tree farm. The US Agriculture Department grant is being used to promote the Christmas connection with the alleged home of the celebrated tree. The association has also donated a fantastic tree to the Latvian embassy in Washington. 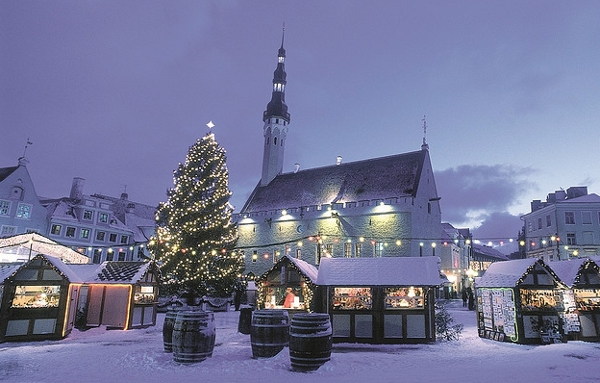 Researchers working for the group, and their online portal firstchristmastree.org, reveal that Riga is among several European cities claiming to be the birthplace of the decorated Christmas tree. Argument over which of the Baltic towns was first to decorate the Christmas tree can get deep into the history of the region, and of course be all but impossible to reconcile. Both Tallin and Riga, among the many other cities, may have been the actual site.

The period of time the discussed here was fraught with what anyone would consider upheaval. For Latvia and Estonia back then, such country distinctions were not so clear, the cities and their origins being more important. From the Teutonic Knights and the Northern Crusades, to the Vikings and then the Hanseatic League of the medieval Europe, the Baltic states saw their share of change.

Where the Christmas tree is concerned, it seems fairly likely that Riga may have actually beat out Tallinn, at least by a little while. Riga being somewhat older than the ancient fortress Toompea at the center of what is now Tallinn’s Old Town UNESCO site. But then, other factors surely played a roll in who adopted the custom first. 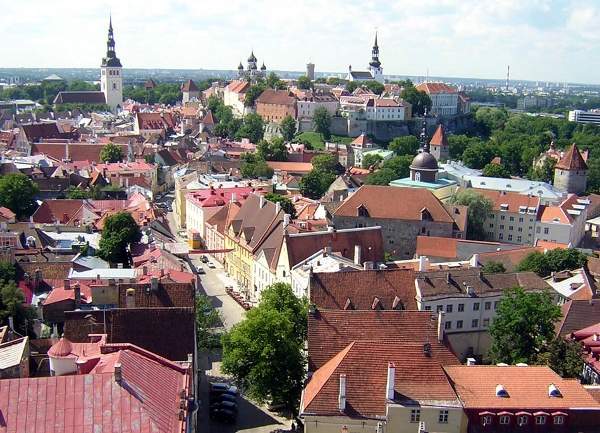 Terra Mariana, or the official name for Medieval Livonia (Estonia and Latvia), was established on February 2, 1207 – making this whole area part of the Holy Roman Empire – only to lose that distinction 8 years later when Pope Innocent III decided Terra Mariana was a a direct subject to the Holy See – as you can “see” a lot of change was going on back then in the Baltics.

Any way, in 1227 the Livonian Brothers of the Sword (below) conquered what was left of resistance within Estonia, and later the brothers joined in with the with the Teutonic Order of Prussia -which then became the Livonian Order. Throughout the existence of Livonia, there was almost constant disagreement and conflict between Riga and Reval (Tallinn). For Tallinn, the city acted as a sort of gateway between Western and Northern Europe and Russia. Riga, having been more at the center of social and religion a bit longer, was a stopover for pilgrims early on. 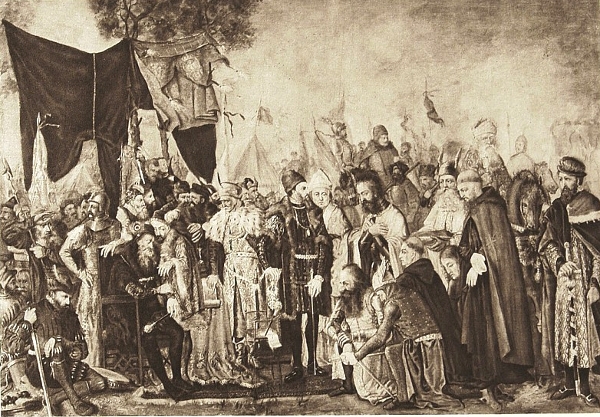 And so it goes, the history of this region of Europe makes the transience of other regions look pale by comparison. The Christmas tree organization’s task of exactly placing the first tree celebration will cost a lot more than their Federal grant, as anyone can see. But there is even more conflicting evidence too. The first documented celebration using a decorated Christmas tree was recorded in Tallinn by a guild known as the Brotherhood of the Blackheads.

According to these documents the guild erected a tree in in 1441, 1442, and 1514 – dancing about it in the town square there in Tallinn. But wait! The Brotherhood was from Riga too.  The guild of German merchants erected a house by the same name in Tallinn, acquiring one in Riga, and establishing guilds across the region. However much research goes in now, the origins of this powerful and elite guild remain shrouded in secrecy. Evidence does support the guild performing ritual dance, especially in accordance with the so called “dance of death” carried out during the plague era. 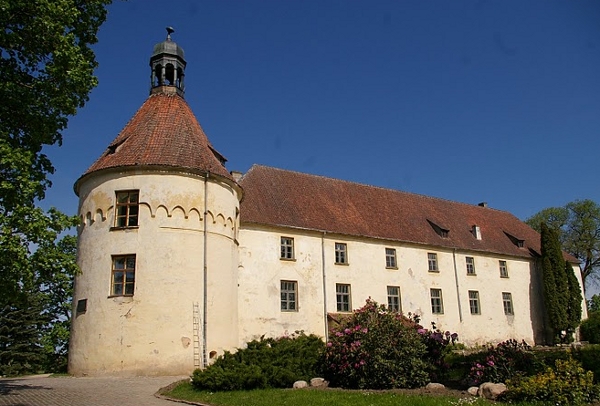 A Knight of the Livonian Order's castle - Latvia

Everything from St. Maurice, the black moor patron saint of the guild, to their early membership is as nebulous as that first Christmas tree lighting. As the reader can tell, it is obvious we may never know the exact origin of decorating and celebrating about the Christmas tree. It also seems obvious that at the junction of pagan ritualistic celebration and religious reformation – such wonderful traditions emerge. This is as it should be, all things having their answers in between fact and legend. We leave you with some fantastic images of this fascinating area of Eastern Europe. 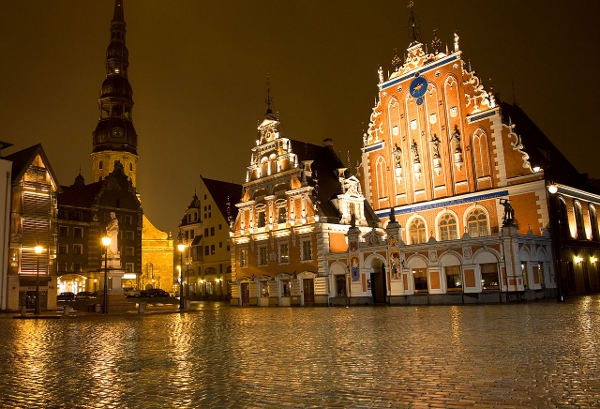