Marina Bay Sands, Singapore’s most famous landmark hotel and one of its leading business, leisure and entertainment venues, has received one of the country’s highest accolades for its continuing efforts in the area of environmental sustainability – the Green Mark Gold Award from Singapore’s Building and Construction Authority (BCA). 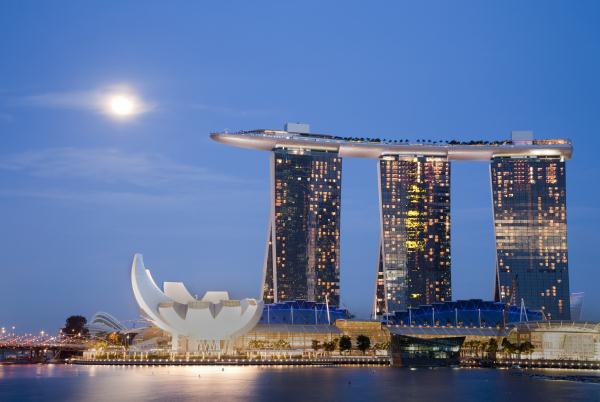 Singapore’s Green Mark Gold Award is granted to those buildings which can demonstrate a combination of energy and water efficiency, indoor environmental quality, environmental protection and green innovation. By bestowing the award on the country’s iconic hotel, Marina Bay Sands becomes by far the largest building in Singapore to be certified eco-friendly, at a time when it strives to improve its ‘green’ initiatives.

As such, Marina Bay Sands has made enormous efforts to meet the challenging goals it has set itself. The hotel’s efforts to become a fully committed green building began before it even existed, when planners chose to incorporate a number of environmentally-friendly elements into its design. To keep the interior of the building cool, the hotels features an extensive network of sun shades that stretch across most of its roofs and glass facades, in the shape of vertical fins, canopies and balconies. 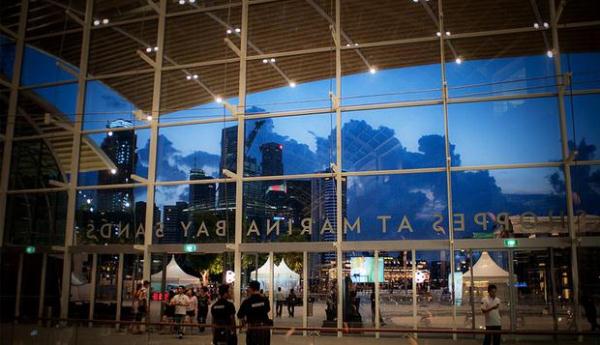 The hotel is covered by an extensive network of shades to cool the building's interior. Image by omegaforest

In addition, the hotel’s specially-designed concave and covex roofs mean that heat levels in the interior of the building are significantly reduced. The façade of the hotel was built using carefully chosen materials to ensure then building has a higher Envelope Thermal Transfer Value than the norm, while the need for energy-intensive lighting is also reduced by the abundant natural daylight which filters into illuminate the hotel’s interior.

As part of its environmentally responsible operations, Marina Bay Sands is continuing to make major achievements in water and energy conservation. In regards to conserving water, the hotel’s uniquely designed Art Science Museum is able to collect rainwater for use in the building’s toilets and for irrigation, while hi-tech fittings such as self-closing taps and constant flow regulators ensure minimal water wastage, reducing the consumption of water by around 350 million liters per year when compared with similar sized hotels that use conventional fittings. This water saving has been estimated to be enough to supply as many as 800 households in Singapore for one year. 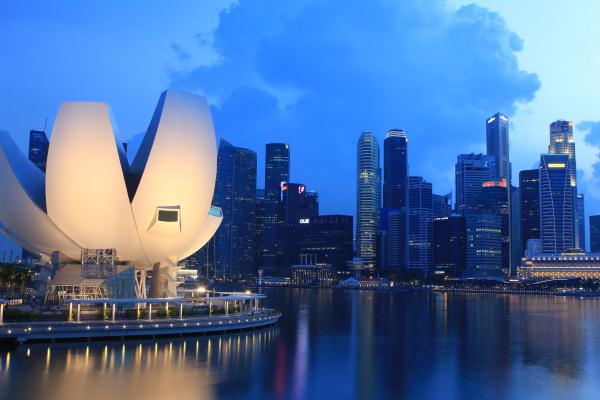 The Art Science Museum (left) is able to harvest rainwater which is then recycled for toilets and irrigation © derektay - Fotolia.com

Not to be outdone, Marina Bay Sands energy-saving efforts are equally impressive. Featuring a hi-tech Intelligent Building Management System with more than 60,000 control points located throughout the building, the control of heating, lighting, air conditioning and water supplies is fully automated. The management system is able to automatically control lighting throughout the hotel, dimming or brightening the lights throughout the day as required.

Further, the hotel’s air condition system uses significantly less power than most conventional systems, as it employs chilled water from an innovative water-cooled chiller system. Any heat emitted from the chiller’s operations is harnessed by the building’s heat pumps, which is then used to provide heated water for showers and restaurants within the building, further reducing energy consumption.

Elsewhere, Marina Bay Sands has adopted energy-efficient lighting in the form of LED bulbs in its guest rooms, corridors, restaurants and lobbies. 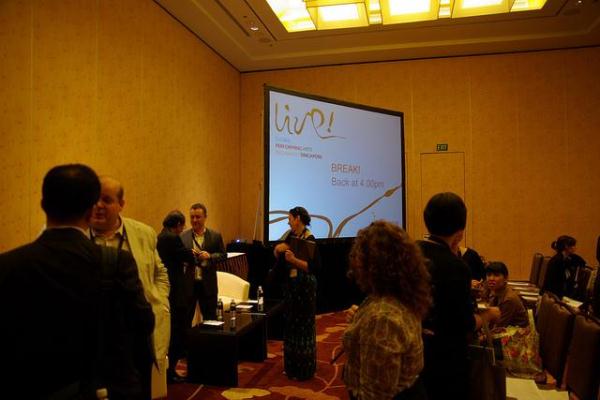 In order to meet its goal of ‘Green Meetings’, Marina Bay Sands boasts one of the most technologically advanced convention centers in the world. The Sands Expo and Convention Center employs a number of strategies to meet its sustainability goals, including the use of electronic sales tools, recyclable office supplies and authentic dishware and glassware in order to conserve paper, labor and shipping costs.

Finally, as part of its Sustainability, Education and Outreach, Marina Bay Sands lends its considerable weight to support dozens of eco-friendly initiatives in Singapore. The hotel is the chief sponsor of the second edition of Asia’s biggest sustainable art festival, iLight Marina Bay 2012, which runs from March 9 until April 1.

Marina Bay Sands is also going all-out to support the “Switch Off, Turn Up” campaign, agreeing to reduce lighting in the building’s Art Science Museum by 20% for the duration of the festival, while increasing the temperature of its air conditioning to 24°C.

Campspot Publishes the Top Outdoor Travel Trends for 2023
Ideas to Make the Most of Your Visit to Phuket
Trends Say Americans Guarded Over Travel 2022
27 Inspirational Travel Quotes to Fire Up Your 2022 Travel Bug
Previous: Europe’s Regional Airlines: A Time for Solidarity Arrives at Gate One
Next: Romania Planning Balneary and Medical Tourism Conference