Akbar Al Baker, CEO of Qatar Airways, looks like a straight shooter in an industry full of corporate “yes men” these days. Speaking at a Guild of Travel Management Companies’ (GTMC) conference, the five star airline’s boss called BS on Lufthansa and other European airlines. With many air carriers suffering during this current recession, name calling has broken out in earnest now. 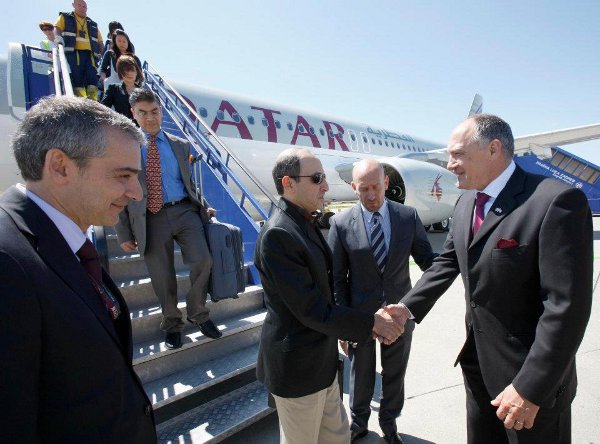 A news story from Travel Weekly points to al Baker rejecting comment by Lufthansa chairman Christoph Franz, who supposedly is using the excuse Qarar and others benefit unfairly from governmental help, while Lufthansa and others among European carriers are hampered. Franz has been quoted as saying; “…Gulf carriers have only sand and a box of money”, referring to European regulations and complications compared with those in Gulf states. The resulting backlash being, Al Baker firing back;

“This message should be heard by Christoph Franz…The Gulf has shifted the goal posts for the world. Others are unable to control their spiralling costs. Others cut capacity and service levels while we do the opposite. We are here to stay. Our message to the legacy carriers, to our adversaries, is ‘belt up’.”

For Akbar Al Baker’s and his company’s part, Qatar Airways was voted the best airline of 2011 by Skytrax. The airline has received stellar passenger reviews as well, the end of the fulfillment story, governmental support or no being, Qatar Airlines comes through on their promise.

Where Eastern Europe is concerned, the company has just announced their connection with Zagreb, one of the Balkans’ most treasured destinations. Al Baker was there for the ceremony celebrating Qatar’s 30th European destination. Clearly, the reason for the Lufthansa and other European carrier’s chiefs disdain is the progress these Gulf carriers are making. QA connected with launches to Azerbaijan and Georgia in February, and shows no signs of letting up where their 30 percent “claimed” growth rate is concerned.

For Lufthansa’s part, the airline seems more preoccupied with lawsuits and potential revenue leakages of other kinds than with the business of transporting fliers of late. Nigeria claims the airline owes that country money, while Lufthansa may seek damages over the delayed Berlin airport opening. Meanwhile, the company’s change of CFO does nothing for bolstering confidence in Germany’s biggest airline fiscally.

Between radical cost cutting like shedding 3,500 jobs, chief bean counter appointments, and brash statements about competitors from Lufthansa’s boss, Akbar Al Baker’s statements seem all the more appropriate and correct. Even Lufthansa’s cargo traffic has suffered, while Qatar Airlines’ Facebook following calls for more cities to be connected. The resultant stories take on the look of a serious businessman versus a bunch of crybabies.

We will update you on these and other airline stories as news arrives. 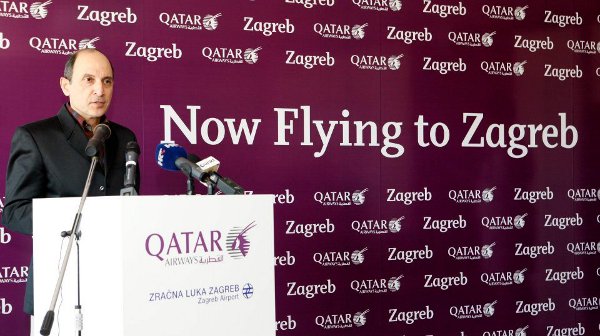