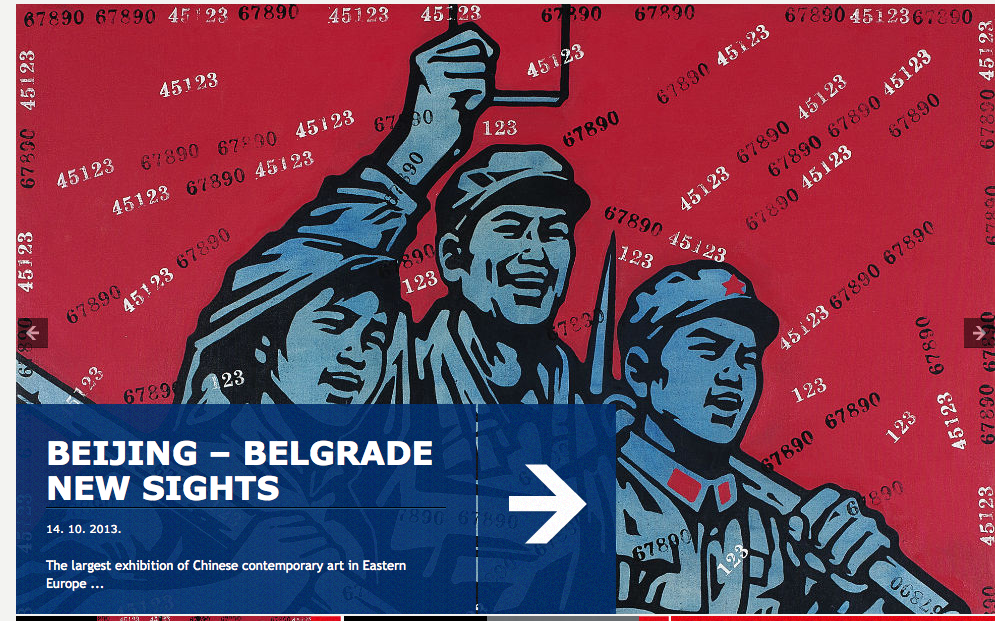 A wide range of artistic expression, from oil painting, sculpture, photography, video and design is shown in Belgrade, after touring Sofia, Bucharest and Prague.

Today, Chinese contemporary art is an important part of the modern Chinese culture and a unique force in art worldwide. If in the 1990s, in Beijing there were five contemporary art galleries, nowadays there are several hundreds of them. Providing support for art and culture is one of the top priorities of the Chinese government.

The exhibition at the Museum of Yugoslav History is one of the first concrete activities aimed at establishing cultural ties and stimulating cooperation between Serbia and China, carried out as part of the Programme of Cooperation in the Areas of Culture and Art for 2013-2016, signed between the Ministry of Culture of the People’s Republic of China and the Ministry of Culture and Information of the Republic of Serbia.

The exhibition “Beijing Belgrade – New views in Chinese contemporary art” is opened every day from 10:00 to 18:00. Entry is 200 dinars.