According to a recent report via Otdyh.Na Kubani.ru, the first skiing village of a larger complex of resorts will come to the Lago-Naki area of the Azish in Russia’s Krasnodar Krai region. The ski area, capable of entertaining 5,000 enthusiasts, will eventually offer more than 35 ski tracks and black tracks for downhill experts. Geared more toward family vacation fun, this latest project in the region is obviously intended to compliment the venues of the Sochi Olympics. 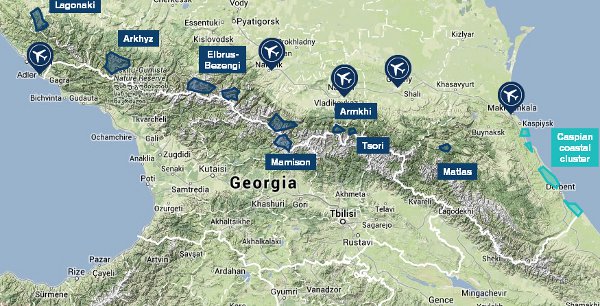 According to the reports this particular resort will target middle income skiers rather than jet-setters and the affluent. The first stages of construction will begin soon for designing cable runs and construction of various aspects of support infrastructure. Located within a nature reserve, the site of the new resort is actually a Unesco World Heritage local with magnificent mountains and river views. The family ski village is slated to open sometime late in 2013 or early in 2014 according to the news.

We leave you with some motorized skiing fun from adventurous riders at Lago-Naki plateau.