Updated Advisory: The conditions which caused the Czech Republic floods are now prevalent for Hungary and Budapest. Hungarians have been warned to prepare for their country’s “worst ever” Danube flooding. The river is expected to crest at record levels sometime over this weekend.

Even Hungary’s Prime Minister went so far as to sound alarmed, suggesting these floods will be the worst in history. A state of emergency has been declared for all low lying areas of Hungary. Waters are expected to reach ten inches beyond the previous high levels established back in 2008. Already Hungarian’s in the path of these floods have begun sandbagging and taking other precautions to protect their homes as best they can. 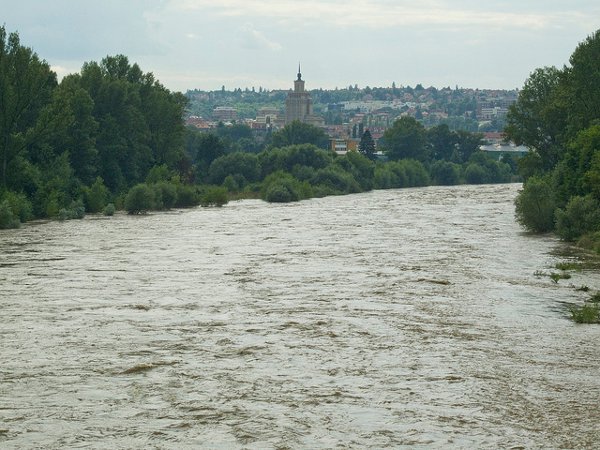 Floods in the Czech Republic, Austria, Poland and Germany have already killed 11 people, and left thousands stranded out of their homes. The worst situation so far was experience by the citizens of Prague: while metal barriers set alongside the Vltava river banks protected the historical city centre, the South and the North of the city were severely damaged. The zoo and the horse racing track were closed because of the floods – the zoo is scheduled to reopen on Wednesday, however only the North side of the garden will be accessible to the public.

Public transportation lines in Prague were closed yesterday, and numerous traffic restriction are in place to protect local population and tourists – about 60 streets are closed to all traffic. The subway system is closed till Friday. The first stations scheduled to reopen are Kolbenova, Vysočanská, Českomoravská, Smíchovské and Muzeum. The Prague public transport scheme for today can be seen below. 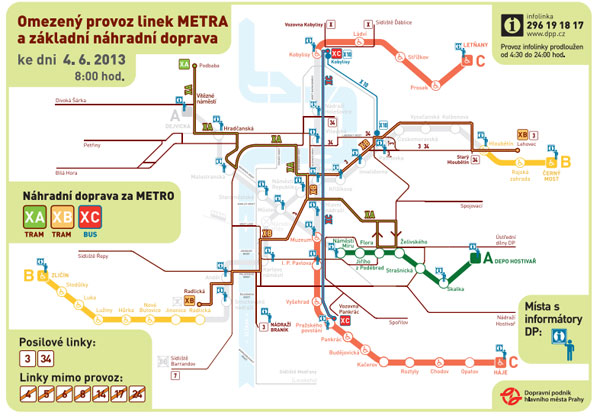 In Ústí nad Labem authorities have evacuated 8,340 people this morning, will probably have to relocate 1,500 persons in Mělník and Děčína.

The danger level is gradually shifting towards Bohemia, nearing the German border. Almost 10,000 people have already been evacuated from their homes in Saxony and Bavaria, and the prognostic is not encouraging. Authorities expect Germany, Slovakia and Hungary to be hit hard in the following days.

Local authorities in Germany have already warned that it’s possible to stop shipping on the Rhine until Thursday if the waters continue to rise. Shipping south of Koblenz was already closed this morning, with more destinations to come. 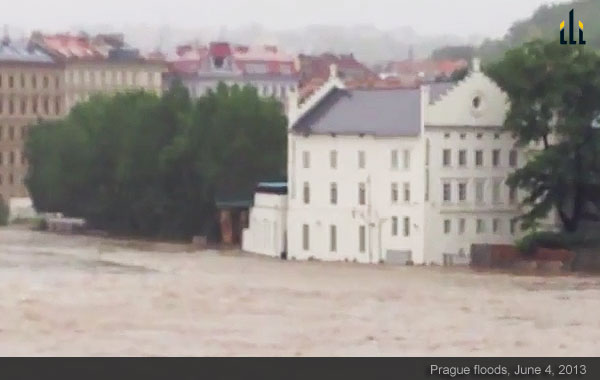