Yesterday the Krakow Film Festival kicked off beginning 8 festive days of movies from Poland and around the world. One of the oldest film events dedicated to documentary in the world, the fest this year will preview 250 plus works. 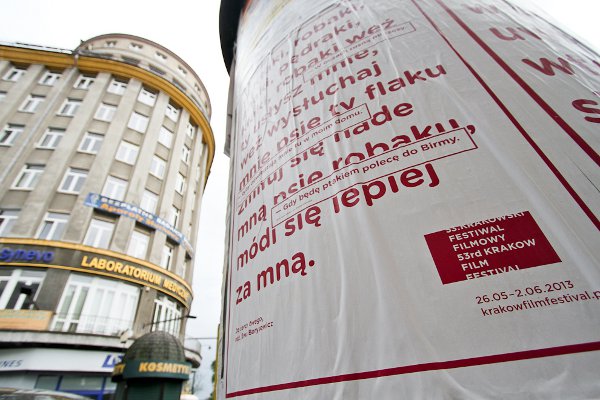 The festival is also has exhibitions, concerts, open air screenings and meetings with the filmmakers, as well as many other associated events. Some 600 Polish and international guests: directors, producers, and film festival programmers gather each year at this event.

The Krakow Film Festival is the oldest film festival in Poland, and has been the country’s biggest organized short film competition since its inception in 1961. The festival is also noted for the  famous directors of animated films who were featured here, those include; Ryszard Czekała, Jerzy Kucia, Julian Antoniszczak, Piotr Dumała and Zbigniew Rybczyński, who won the Academy Award for the film Tango.

For a list of the films in this year’s competition, readers should follow the link to the contestant’s page. Those interested in contacting may use the following:

LATO Fair of Tourism and Recreation in Warsaw Next Week
Warsaw in Chopin’s Footsteps
Picture-Perfect Places to Propose in Poland
Warsaw, Capital of Cool 2017, Is a Summer-Must in Poland
Previous: The number of Britons Choosing a Staycation to Rise 65% this Year
Next: A Real Russia Discovery: Kola Peninsula’s Deep Secrets