From the early days of drilling - Courtesy Russian Wikipedia

Have you ever wondered where the deepest place on Earth where humans have ventured is? No, it’s not the Dead Sea, nor is the Mariana Trench the deepest hole on our planet. Down deep beneath even Challenger Deep where only Bathyscaphes go, the Kola Superdeep Borehole is humankind’s deepest adventure toward the center of Earth. 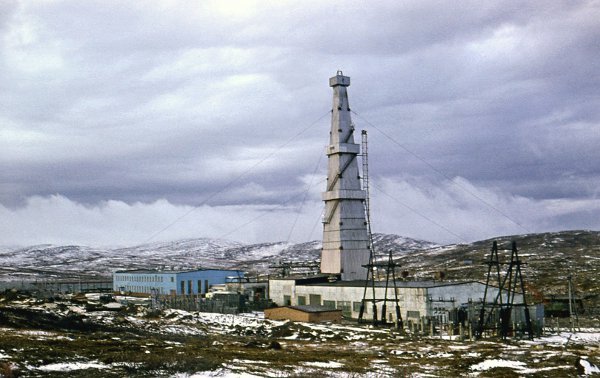 From the early days of drilling - Courtesy Russian Wikipedia

For those of you in need of the most exclusive, reclusive, and hard core adventurous discovery, traveling to the location of the deepest hole ever bored will not be boring. Despite the secluded location of this Soviet hole drilling experiment, the Kola Peninsula is anything but typical. Of course one has to be prepared for a mountain of snow in Winter, and winds year round out of this world too, but surprisingly warm temperatures due to a quirk of the Gulf Stream. Far up in the far frozen Northeast of Russia, the Murmansk Oblast is about as close to another planet as one can get on Mother Earth. Just the place for whacked out USSR Earth core drilling experiments! 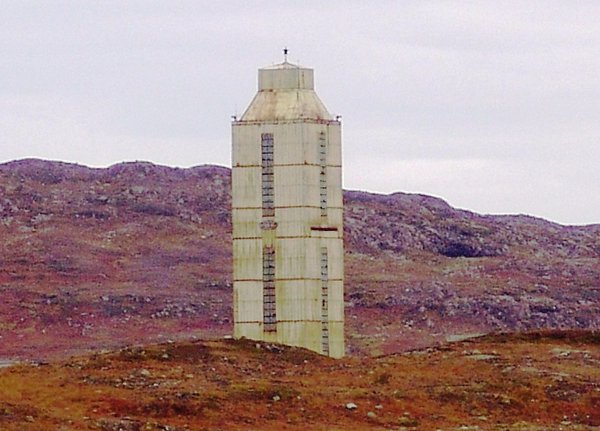 As for the “Kola Borehole”, a Soviet science project to drill as deep as possible into Earth’s crust resulted in a shaft which reached 12,262 metres (40,230 ft) (2.21 leagues) in 1989. 19 years of drilling experimentation ended in a hole that is the deepest artificial point on our planet. Though the project ended in the early 1990’s due to excessive temperatures 180 °C (356 °F), the resultant “accomplishment” is notable for several reasons. Geophysical properties of the rock found at these depths, combined with other discoveries, made the effort all the more interesting.

For one thing, the rock found at this great depth beneath the so-called Baltic Shield was so fractured as to be saturated with water. Another interesting find was the high concentration of hydrogen at this depth. Drillers described the mud exiting the shaft during drilling as “boiling” with hydrogen. Even more compelling was the discovery of lifeforms embedded in the rock more than 2 billion years old. The preserved remains of twenty-four species of single-cell marine plants were discovered fossilized within rock samples taken from the bore. 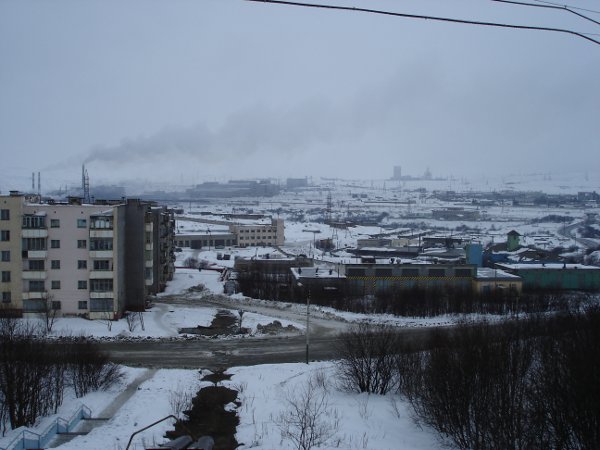 Now that you know how interesting a research project the Kola Borehole was, don’t you just wish you could visit? Well. The site of the bore facility is about 3 miles from anything you might call a road. And if Internet knowledge does anything to clarify the local, there’s exactly one Panoramio image of the place, and no Google Streetview, for sure. The nearest town, Zapolyarny, has a population of 16,000. As you can see from the image above, the town is not exactly Vegas and TripAdvisor currently has no nothing there. Also, while the region around the Kola Borehole is possessed of more Cold War artifacts such as nuclear weapons, and reactors, the flora and fauna of the place are actually stunning.

Murmansk is also a quite amazing place on Earth, one of only a few places in Russia that does not get the deep freeze routine in Winter. And for the avid Winter sportsperson, remember those all year long winds I mentioned? The Khibiny Mountains are famous for something called speed flying. Watch and think about a real adventure, a real Russia discovery.