Additionally, the integration of Jin Jiang and Plateno’s member databases is an exploration into resource consolidation and capacity enhancement, which will push forward reform and innovation of China’s hotel industry. According to the group’s execs, maintaining original services, members can also experience a shared account to both parties with equivalent membership levels. Overall the culmination will be an experience upgrade for all 100 million plus users. In the past, hotels of the two brands belonged to two different systems. After integration, members of each party could enjoy the same benefits in over 6000 hotels of Jin Jiang and 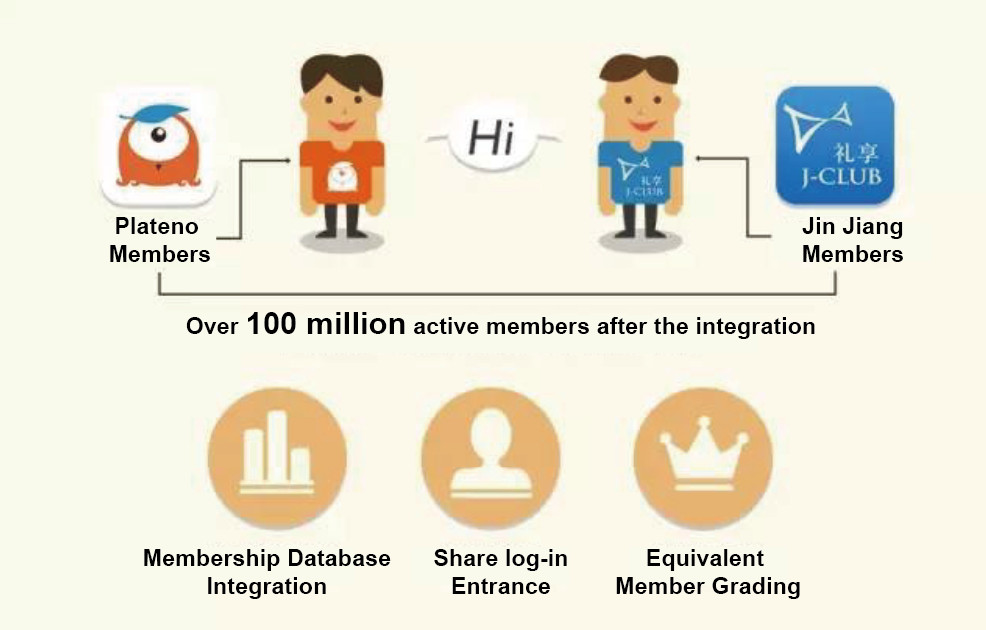 According to industry analysts, the ongoing integration of Jin Jiang and Plateno indicates the platform-oriented and large-scale growth trend of the hotel industry. It also implies more user volume and data traffic, and huge business potential.